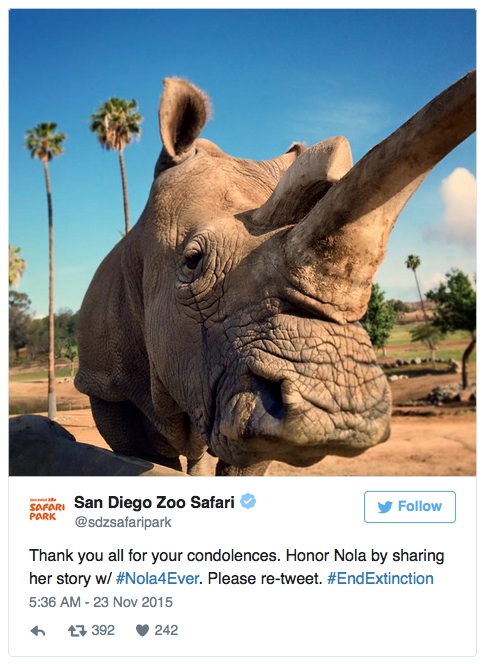 According to the latest update of The IUCN Red List of Threatened Species™ released by the International Union for Conservation of Nature, 23,250 of the 79,837 of the assessed species are threatened with extinction.

That is almost one-third of the animals and plants on the Red List.

According to IUCN, The Red List “is the world’s most comprehensive information source on the global conservation status of animal, fungi and plant species and their links to livelihoods. Far more than a list of species and their status, it is a powerful tool to inform and catalyse action for biodiversity conservation and policy change – critical to protecting the natural resources we need to survive. For each assessed species, The IUCN Red List provides information on population size and trends; geographic range and habitat needs.”

With the goal to increase the number of species assessed from the current count to at least 160,000 by 2020, the list is far from complete, but it is a sad reflection of the state of our planet even so.

Here are just a few of the endangered species and the reasons they are on the list:

The newest assessments show that due to global climate changes there is a high probability that the polar bear population will decline by more than 30% over the next 35 to 40 years. We have all seen the posts on social media.

Much less media-genic, but no less impactful to our planet, is the endangered status of certain fungi due to changes in climate, logging and other changing land practices. Essential to the ecosystem in its support of animals and plants, fungi have a symbiotic relationship with 80% of all plants, are a crucial part of the digestive system of ruminants and are essential to humans regarding food and medicine.

And then we have the fish of course. Of the 1,340 assessed bony fish species in the Carribean, 5% are threatened with extinction. In other words, 67 species of fish are about to disappear in the Carribean alone, if we don’t change our ways.

For some it may already be too late. Degradation of sensitive coastal habitats, pollution, overexploitation, destructive fishing practices and the introduction of invasive species are the main cause of the sorry state of the oceans.

Recently, we reached another nadir in terms of animal conservation.

Nola, a 41-year-old female northern white rhino (Ceratotherium simum cottoni), was euthanised as she was suffering from of a bacterial infection after having lived in captivity for over 39 years. Nola was captured in Sudan when she was barely two years old and lived in a zoo in the Czech Republic until she was given on loan to the San Diego Zoo Safari Park in 1989.

She had a mate, Angalifu, but unfortunately their love affair never led to a pregnancy. Angalifu died last year in December and with the death of Nola, the total remaining number of northern white rhinos left in the world is three.

Three of those majestic creatures is all we have left.

And it’s not like they are happily roaming around in freedom either. The northern white rhino was declared extinct in the wild back in 2008.

Sudan (42), the last male of his subspecies, Najin (26) and her daughter Fatu (15) live in captivity in Ol Pejeta Conservancy in Kenya under constant armed surveillance in order to protect them from poachers.

Recent breeding programs, including attempts to cross-breed them with the southern white rhino have not led to any result to date.

Successful or not, I am afraid that the vision of hordes of those imposing beasts roaming the African savannah again is far from becoming a reality.

In the meantime, all we can do is support the efforts of conservation organizations and governments to spread awareness about the illegal rhino horn trade and the horrors of poaching.

About the overfishing of the seas.

About the polar bears losing their habitat.

On a more cheerful note from IUCN, “the Hamilton’s Frog (Leiopelma hamiltoni) has been downlisted from Endangered to Vulnerable. The only naturally occurring population is confined to a single rock tumble on Stephens Island (New Zealand). The total population size was previously estimated to be less than 300 mature animals. Since then, a translocated subpopulation has been successfully established on Nukuwaiata Island site. Therefore, the total population size is now estimated to be between 300 to 800 individuals, including the subpopulation in its original natural range and the translocated subpopulation, and appears to be increasing.”

Perhaps there is hope, as long as we stick to our own rock.

Girl-Power vs Gun-Power: Saving the Rhino from Extinction. {Video}