An Elephant’s Guide to Oneness. 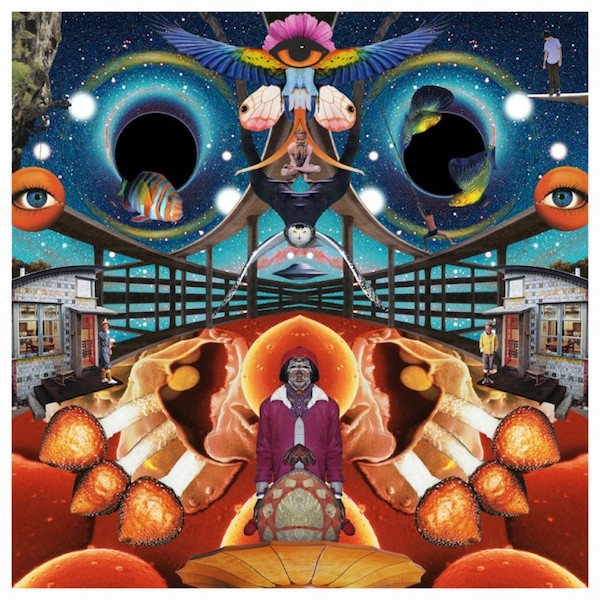 Four under-washed dudes from Colorado, one extended van with tinted windows called “Moby,” assorted brown beer bottles clanking around corners, and chewed up meaningless maps scribbled on meaningless bar napkins leading my band to the next venue, the next night, the next next on our crisscross mammoth musical undertaking across America year after year after year.

This was my 90s…and I loved it. But something was missing.

Night after night staring into a vacuous blinding spotlight, I felt limited as though, through my music, I were only able to express and explore one tiny piece of something much greater that I alone didn’t have access too.

Squinting out one night, into the mechanical sun, center stage, I chanced to recall an ancient fable I’d heard in college. Ol’ professor Beeman had simply told the tale, as though it were just another old story with burnt corners salvaged from the shelves of history and not the cataclysmic paradigm shifting life changer that it clearly was for me.

Six blind men are wandering down a dry and pitted road when they come across an elephant in the path. Each man feels a separate part of the elephant’s body before concluding what the object must be. The one feeling the tail concludes, “elephant is a rope,” the next examining a tusk thinks elephant is a spear, another feeling the ear insists “elephant is a fan.” Each argues the rightness of his version of “elephant” until a wise king arrives on the scene and insists they stop fighting. “Each of you is feeling but a single part of something much greater,” he insists. “You must find a way to listen to one another and share your different experiences. Only then will you understand the larger essence of Elephant.”

The fable blew my mind to put it mildly! Here was a perfect metaphor, I thought, for the nature of the human experience. The way I saw it is that each of us is like a blind man, feeling but a tiny sliver of space and time on our journey through life. Despite our limited experience we imagine, like the blind men, we know more of the whole and befriend those who agree with us and discredit (if not waging war against) those who see it differently. But so much more could be revealed about the essence of reality if we had the capacity and the language to share our different experiences and listen to one another with opened minds.

So back to the spotlight (insert Scooby Doo squiggles here) and I’m identifying myself as one of these blind men, holding onto a tail and singing about my little version of reality while so much more could be revealed, I realized, if there were more blind men!

So I created my own elephant. And thus CONSENSES was born. In 2012 I collected 22 images that represented different angles of one subject. And with my elephant in tow (all 22 distinct parts of it), I set out to find blind men to interpret them. I designated 22 musicians and gave each a different photo asking, “What does this image mean to you? There are no ‘right’ or ‘wrong’ answers. Express its essence as a song.”

When a musician finished a song, I’d hand it to a painter “Extract the essence of this song,” I’d say, “and express it as a painting.” Their painting would be passed to a perfumer, the perfume to a poet, the poem to a dancer, the dance to a sculptor, the sculpture to a chef and finally all the cumulative work, to a set designer who was tasked with interpreting the chain as a whole and expressing it as a space where the art could live.

When I was done I’d compiled 22 artistic chain reactions deriving and exploring the greater essence of my elephant. I’d enlisted 150 artists from around the globe to participate in my artistic game of “Telephone” through the senses and met about 30 percent of them. None of them were privy to the identities of the other participants and none got to see further back into the chain of inspiration beyond the one piece I presented them.

I interviewed each artist anonymously at the completion of their work, about their journey and the meaning of their art and what I found was astonishing! Each told the same story: Despite being translated from one medium to the next again and again and again, despite the artists’ cultural differences, despite their many blind spots they had shared the same Truth.

What does this mean? How is this possible? Why did this happen?

“A human being is a part of the whole called by us ‘universe,’ a part limited in time and space. He experiences himself, his thoughts and feeling as something separated from the rest, a kind of optical delusion of his consciousness. This delusion is a kind of prison for us, restricting us to our personal desires and to affection for a few persons nearest to us. Our task must be to free ourselves from this prison by widening our circle of compassion to embrace all living creatures and the whole of nature in its beauty.”

I think the outcome of this project is proof of our connectedness. I think what CONSENSES exhibits is that we can free ourselves from the prison of our individuality by communicating, through the language of art, our unique and beautiful, albeit limited, “blind” version of reality and learn to listen, as the blind men did, with gratitude for each different point of view.

Together we can see beyond the boundaries of our own limited perspectives.

Together we can share our versions of the truth and listen with tolerance and gratitude for each other’s different points of view.

Together we can understand the larger essence of the elephant that is reality and together, despite our blindness, we can find our oneness.

See more about this project below: 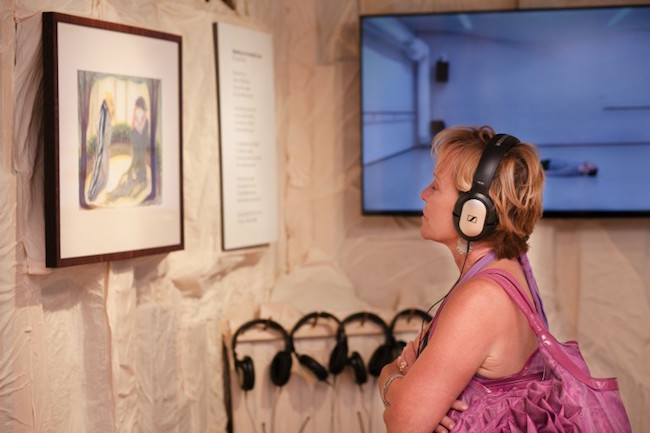 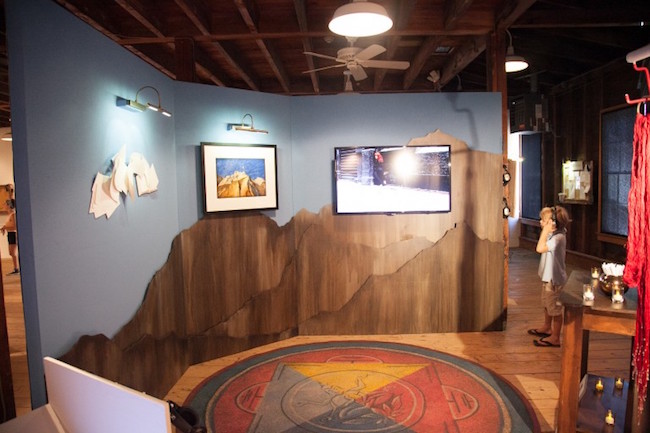 Check out more of the 22 Chains here.

How to Turn Trash into Treasure. ~ Char Evans {Photos & Video} 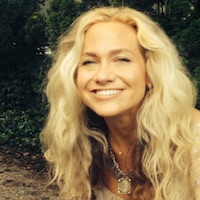