Harnessing The Moon To Heal A Community. 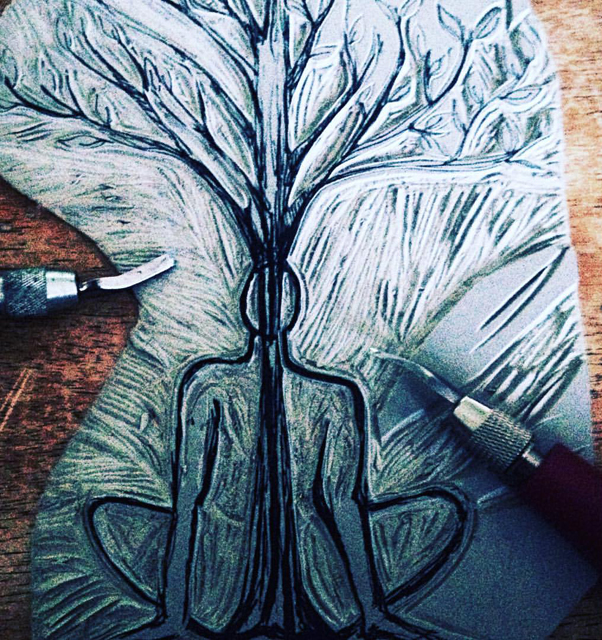 A group of women joined together on a Cape Cod beach at dusk under the August full moon.

Inspired by the darkening sky, the murmuring surf, and the chilled air, we gathered driftwood and built a fire.

As the moon rose we formed a circle round the flames. The sand retained the sun’s warmth and air was still. We looked like campers, until we began to chant the moon aloft.

Other beach goers gave us wide berth, as if our energy was palpable.

This first meeting of the moon circle was initially conceived as a gathering of women to honor the moon, the self, and each other.

Women joined the circle around the fire for storytelling, chanting, meditation, and to burn their written future intentions upon the flames in hopes of realizing them later.

I opened the circle with a story of the moon as an ancient symbol of transformation, and Sheri Boyle, my partner in leading the circle, closed it after a meditation. We emphasized creative energy and the intentions involved manifesting good.

In the weeks following the first circle, stories poured in as women reported successfully realizing their intentions. We had all felt powerful energy while we were in the circle, and we were happily amazed to see the energy radiate outwards.

That Saturday evening, Sheri’s daughter had left the movie theater to find the windows of the car next to hers shattered—an old couple holding hands amid the wreckage in tears wondering what to do.

Sheri had had enough. The destruction brought home a typical pattern of theft of goods or money to fund drug habits in a local community struggling with opioid abuse.  But the wreckage contained a tiny seed of hope, an opportunity to see if the circle’s energy could be harnessed to help the wider community in the same way it had already helped  individual members.

As local headlines screamed of lives lost to drugs and local residents marched on Washington DC protesting the growing opioid epidemic at the FedUp rally, the widening potential of the monthly circle solidified.

I returned to walk the beach with Sheri and we decided to host subsequent monthly circles for one lunar year—or thirteen moons—always following the same ritual. I would invoke the moon and tell a story of its power, and Sheri would lead the burning of intentions, which could be limitless but must include community healing from the opioid epidemic, followed by meditation and chanting.

If we could positively influence the wider community through our moon circle, we could share this with other communities so that they too may benefit.

What happened next was surprising.

In September, with the eclipse and the super moon, it more than doubled in size to include men and children.

Now, when we meet in the moon circle, we conjure a certain energy the shamans of the Amazonian rain forest might understand.

The shamans are among a small group of people connected directly to spirit through Stone Age ritual. They have warned us that we need to reconnect to spirit in order to progress to the next level of civilization. They have warned us of the danger of our current disconnect, which leaves us empty. This sense of emptiness turns destructive as we use anything, including opioids—to fill the void.

The shamans tell us that we need to reconnect to spirit, and on an individual level the people joining the moon circle seem to feel the same need. As a community too, the constant litany of both horrifying world events and local tragedies sparks a burning desire within us to create and contribute to peace. Perhaps in some way the moon reflects the inner light of the circle’s members, and perhaps we can nudge the wider community toward a healing re-connection with spirit?

The September moon circle met in a church garden around a blazing fire pit. This time there was grass beneath our feet instead of sand, and the air felt cool and crisp as I opened the circle next to an 11 year old girl.

I told the story of the moon’s symbolic power through history, how an eclipse can be a time to eclipse old things we no longer need, and the full moon a time to illuminate the path ahead. Sheri led the mediation, we burned our handwritten intentions, and she closed the circle with the image of a tree, its roots sinking down to nourish the earth below with our collected energy.

Later the young girl beside me said she had seen a tree in her mind’s eye as Sheri spoke, but the tree alternated between plastic and natural. When it was natural it sprouted growth, and when it turned plastic it stopped growing. She was seeing our intention, which is to nourish ourselves and the environment that something good may come of it. She was also seeing the struggle to overcome all the damage that has been inflicted.

Another mother told us how she had brought intentions from her children to include in the ceremony, and one of her children had asked that the crippled child in his classroom be able to walk. Children are stepping forward, thinking outside of themselves, and lending their energy quite naturally to the circle.

Through the power of unity, community and connection, intentions are combined and released into the flames of the universe.

The ritual of each member tossing intentions one by one into the flames provided the strength to release fears and attachments to outcome. The ritual was amplified by chanting as Alicia Mathewson, the group’s singer songwriter, encouraged participants to chant loudly as if speaking directly to the moon.

Just a few days later the intentions set in the September circle begin to materialize into the physical realm. One member reported getting the best doctor’s report he has had in four years, while another found a heated situation transforming into an unimaginably positive outcome. For years, people have spoken about the law of attraction, about how our inner intentions are reflected by our outer circumstances. Perhaps the moon circle represents another approach to this spiritual law.

Sheri and I have seen and experienced the moon circle’s positive results and we wonder where individual motivation meets the wider lunar energy and how far the results can spread.

While we can only find out as we continue to gather and observe the effects of our gatherings on each person and the community as a whole, what we do know for certain is these experiences have ignited a sense of purpose in us all.

Perhaps the moonlight is the magic ingredient firing it.

Image: courtesy of the authors, artwork by Hannah Hilliard-Bouvier 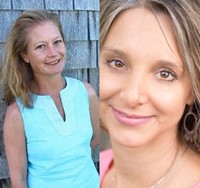