How I Learned to Love My Sweat. 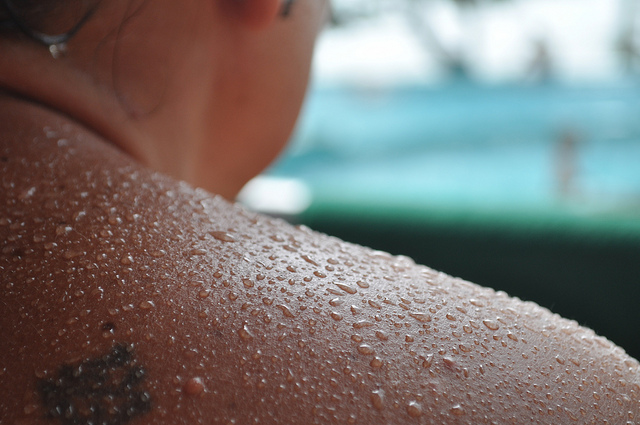 I will never have to worry about running out of rags.

I buy a t-shirt, wear it to the yoga studio for a few months, and then cut it up into rectangles, ready for the next car-washing or house-dusting event.

It’s not because I’m fickle about my workout gear. No. The shirt is rancid, because even when I’m not in a Bikram-style hot yoga class, my sweat flows like water from those old, non-environmentally friendly shower heads that none of us have anymore. (What? You still have one? Okay, I won’t tell. And I may show up at your house for a shower.)

Sweating in a yoga studio is somewhat expected, I totally get that. But when you sweat more than everybody else, including the men, it can feel highly conspicuous, even though logically you know everyone is too absorbed in their own practice to pay any attention to you. The thing is, logic is easily overridden. By vanity. By embarrassment. By any number of emotions. And sometimes, as your palms are slip-sliding forward on your mat and threatening you with a face plant, you desperately wish those glands would chill the hell out.

To complicate matters, my extremities sometimes remain in overdrive for no reason at all. I might sweat when I’m driving my car or working in my office. When I’m out running errands. Even when temperatures are low. (Then it’s a cold, clammy sweat. My sister’s leg brushed up against my bare foot during one such recent episode and she squealed and recoiled. No one expects a cold, clammy foot.)

All of this caused some anxiety over the years, and led me to examine the possible physiological and psychological reasons for my perspiration. It could have links to my childhood. I was single-parented by a mother with mental illness; out of her unpredictable moods grew my hair-trigger fight-or-flight response. Now my armpits fire off danger signals when I trip over my dog.

It could also be inherited. I’ve noticed Mum works up a respectable sheen after she’s walked a few laps around her nursing home.

Recently, another potential cause was presented to me, one that’s rooted in practicality and that has helped me radically reframe my feelings about my sweat: my internal thermostat has stayed stuck on the setting for “athlete.”

Between the ages of seven and 17, I spent about 13,000 hours on the ice as a competitive figure skater. I was a lithe and limber little girl in a sparkly dress with skating boots so stinky I’m sure they would have sprouted mushrooms if it weren’t for the fact that they were always on my feet.

Science has proven that athletes sweat more than others. Just like the fan automatically comes on in a computer or car engine, our body kicks in to prevent us from overheating when we shift into high gear. When you look at it that way, it’s not such a bad thing. It’s actually kind of smart.

For years, I battled my body’s natural response with a variety of remedies. As a teenager, I used an over-the-counter cream that turned my hands from sweaty to scaly, the skin on my palms peeling off.

More recently, I’ve tried kinder solutions, like clinical-strength antiperspirant and breathable fabrics. And yet my body continues to respond the way it learned to do all those decades ago. So why fight it? When my feet leave snail-trail tracks across the yoga studio floor, I can feel self-conscious and a bit diminished, or I can love my sweat. I am choosing to love it.

It’s not about fooling myself into believing I’m still an athlete. I’m not. One big toe goes into an arthritic spasm every time I wear fashionable footwear, and when I settle into Sun Warrior pose, my joints beg for a shot of WD-40. But I’m granting my nervous system the benefit of the doubt.

I don’t question the source of my sweating anymore, whether it comes from my earlier years of physical conditioning, or the conditioning associated with hiding from a crazy mother. I’m not comparing it to anyone else’s, or worrying about whether it exceeds normal levels. Most importantly, I’m not letting it stop me from showing up in life, just the way I am.

Sweating is the by-product of cutting-edge functionality that keeps everything running at an optimum level. My body knows its own normal. While no longer athletic, it’s still a high-performance machine, and one that I am lovingly caring for so it can continue to serve me for years to come.
~ 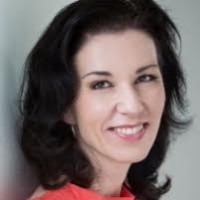