I Went Bra-Free 3 Years Ago & Here’s Why My Cupcakes are Sweeter Than Ever. 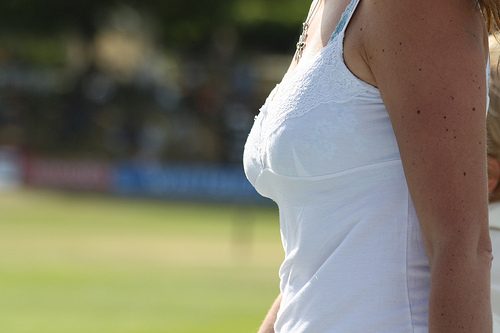 I am not a large woman, only 5’4″ and 110 pounds with 34 C cups, so proportionally you could say I have two medium double shot lattes.

Yes, I was in pain for my first few months without a bra.

That’s the first thing almost every woman asks; “Doesn’t it hurt?” followed by, “Maybe you can live without a bra, but my tig ol’ bitties hurt without support.”

There are extenuating circumstances, of course. But unless you have a major weight, hypothyroid or other medical issue, it’s way more likely that you just have wimpy pecs, bra.

No judgments though. Most women start wearing support around 10-12 years old so our pectoral muscles are never given a chance to properly develop.

Doctors conducting this five year study of large breasted women found bras actually contribute to back pain by shifting the weight to the shoulders. After this study, apparently about 80 percent of participants decided to stop wearing bras since it rendered them symptom-free.

I mean sure, keep a sports bra around for that upcoming jump rope championship and a few frilly pretties for playtime, but women have managed to thrive without this “necessary” device for most of human history.

That said, if you’re gonna fly free, you might not want to go cold turkey.

It will be easier if you wean those puppies off the bra.

I started by not wearing mine on weekends and began lightweight extension weight training. It’s tough, but helps you target specific muscle groups (like the pecs). (Tip: The weights I had were too heavy for resistance work, but I found soup cans to be the perfect alternative that I can control to the ounce.)

Of 12 research studies on the subject of bras and how they impact women’s health, all but one study present data that points to a correlation between bra use and a myriad of problems, including: increased back and breast pain, sagging, increased breast temperature and decreased hormonal circulation.

I have yet to find any data that has found bras to be necessary or physiologically beneficial. Even without extensive data, western doctors know that circulation of the primary lymphatics is highly dependent upon movement.

Think about it: chewing and swallowing help purge the lymph nodes in the neck, walking helps circulate your inguinal and pelvic lymphs and the pumping of arms and bouncing of breasts helps to purge the axillary and mammary lymph nodes—which are responsible for a whopping 80% of your body’s lymphatic flow.

Have your feet and ankles ever swollen on an airplane? That is your body trying to regulate suddenly erratic lymphatic circulation.

As well as preventing the movement of the breasts, wearing a bra—especially an underwire—appears to pinch the delicate lymph vessels, further hindering lymphatic flow.

So, with known risks and no documented benefits, why are we doing this?

I know, I know, what about the ladies in National Geographic? Their chitty chitty bang bangs are way saggier than Angelina Jolie’s!

The thing is, all balloons deflate eventually—you just don’t see American moms running errands topless.
In fact, preliminary findings of an ongoing 15 year study conducted by Jean Denis Rouillion at The University of Franche-Comte have found that breasts are more likely to end up sagging when supported by a bra.

So what about nipples? Everyone knows you can’t be walking around with sexy nipples showing unless you’re either a “slut” or flat-chested.

Far beyond the initial physical pain, the social dynamics of not wearing a bra have tested my conviction and body confidence time and again.

The general consensus is that my breasts are asking for it.

Eventually I bought a few bolero vests and a rainbow of pashminas so I’d feel less on display.

Still, for me, the benefits of bralessness have far outweighed the drawbacks.

Since I’ve developed my pecs a bit, my constant upper back and shoulder pain has disappeared. Now that my hormones are circulating properly my boobs have stopped itching and hurting during workouts. I’m less sore when my moon comes and my cleavage is noticeably more firm.

Most of all, I’m actively engaged with my good health and self-love rather than some outdated social standard.

With this information at heart I’d like to ask you take a look at the research and question the notion that your body needs some device to give you support.

You are strong all on your own.

Detox, plastics, gut health & what it all of it has to do with preventing cancer:

Relephant bonus: “No, this is the best way to advertise a sports bra.” (omg you can select your boob size) 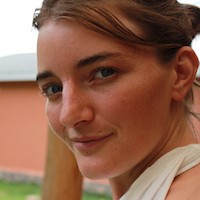