I Won’t be Anyone’s 2nd Choice Anymore—Why we Deserve to be #1. 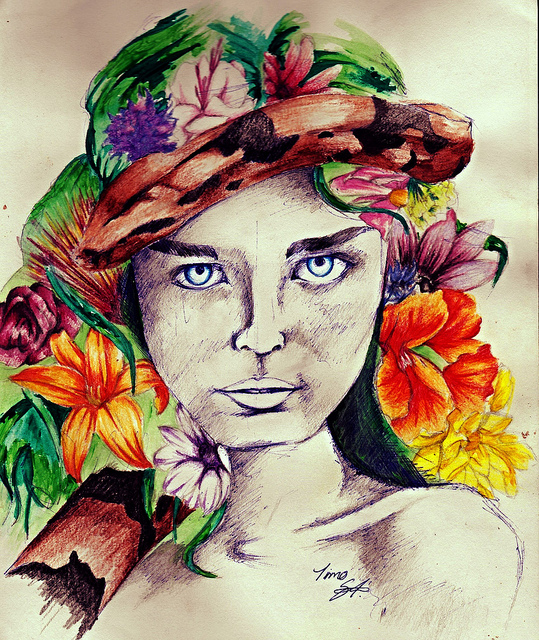 I think as women, we settle for a lot less than we deserve.

We often accept being in a relationship with someone who is not all in, as in… not “all into” just us.

I think we do it because we think the person will eventually realize how amazing we are and choose to be with just us and us alone. We do it because we are just so head over heels in love that we will accept whatever tiny bits of themselves they are willing to share with us.

Sometimes we do it because we are already committed to the person and we hope that they will find their way back to us.

I have personally found myself in this situation twice—both gut-wrenchingly painful experiences that I have worked diligently to never repeat again in my life.

In the first instance, I allowed myself to be the “other woman,” though I never imagined I would be in that situation, moral upstanding Catholic that I was. And although I was young and very much led by my immature and vulnerable heart, I still carry a deep amount of shame I’ve never truly let go of for my selfishness and lapse in moral judgement.

In the 2nd instance, I was relegated to “2nd place” on the leader’s board when my husband found his “other woman.”

Oh, what a tangled web we weave for ourselves on this complicated road of life. What one endures, one must endure again, but from the opposite perspective to truly learn the lesson.

I did not accept being anyone’s 2nd choice either time. I realize much of that was pride and even more of it was ego.

In the first instance when I felt the daily combination of longing for something I could never have mixed in with “I deserve better than this so why the hell am I choosing it,” I had the courage to walk away and cut off contact so I could move forward with what was left of my dignity.

Although I knew in my heart he would never choose me, there was some part of me that couldn’t let go for a long time. The “shadow” part of me that finds manipulative little ways to feel “not good enough.”

Because if he would leave her for me, I reasoned, it would prove that I was enough.

That never happened, by the way.

In the 2nd instance, when my husband could not stop seeing the woman he was having an affair with, yet couldn’t leave the marriage, I chose to walk away again. I was full of pride and I’d be damned if I was going to be the default winner by forcing his hand. If he was unable to let her go after numerous attempts, he had already made his choice in my mind.

I was the loser on the leader board again.

As I began to heal from my divorce and the trauma and heartbreak of having lost my husband to another woman, I felt my shadow side start to emerge. It seemed to have me choosing men over and over again who were not entirely emotionally available which is what I said I wanted. By choosing these types of men to engage with, it allowed me to play out my old story of “I’m not enough” since they never could choose just me.

I finally hit the wall and had enough when someone I had just started dating—who I considered to be one of the nicest, most authentic guys I had ever met (and who I felt was also into me)—confessed after just a few dates that he had been intimate with another woman he had a class with.

It felt again that I was not someone’s first choice…but one of many who had to compete with some other woman for the coveted “top slot” prize.

Yeah, I was so done with that game.

I finally knew what I wanted.

I want someone who chooses me.

Me and only me. I want a man who sees me and everything I have to offer. Someone who doesn’t have to be sampling all the other selections in the market at the same time he is savoring me. Don’t I deserve to be his one and only choice for at least a period of time until we decide that it’s not going anywhere?

I don’t want to be the seductress. Or the girl that he’s wildly turned on by or just attracted to.

I don’t want to be the girl who comes in and is used as his “escape” from whatever personal crisis he is wrestling with in his life.

I want to be chosen. Not selected as the next best option because somebody else didn’t work out, but chosen.

But I realize that I can only be chosen if I acknowledge the shadow side of myself that puts me in situations where I’m competing with someone else to prove I’m enough.

So I’ve decided to let go of that story so that I can attract not just something good…but something better.

Something and someone who makes me feel safe, appreciated, respected and loved. The way all of us long for and deserve.

Bonus Video:  “In the end you’re still stuck with yourself. Even if you’re lonely.” ~ Cyndi Lee

Choose Your Partner Every Day (or Lose Them).