More Deadly than ISIS: Why we aren’t Talking about Them. 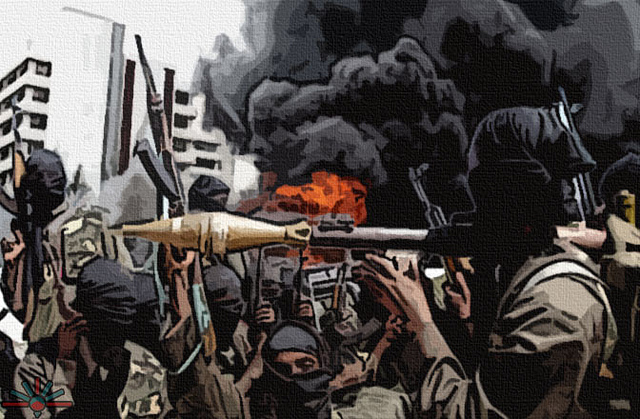 There is a group in the world whose actions are deadlier than ISIS.

They go by the name Boko Haram and they have slithered their way into the number one spot globally for terror related fatalities.

They are also known as the Islamic State’s West Africa Province (ISWAP). Naturally, they have sworn their allegiance to ISIS, as they too are Islamic Jihadists. They were well on their way to being deadlier than ISIS before swearing allegiance in March of this year.

I hadn’t heard a lot about Boko Haram until recently. Whether I’ve missed the news regarding Boko Haram, or they just don’t get as much media attention as the arm of ISIS that terrorizes western countries, I don’t know. Either way, the world needs to know.

Boko Haram has been terrorizing north Africa—mainly Nigeria—for years. Nigeria witnessed terror related fatalities rise to 7,512 over the past year. This moved Nigeria to the number two spot for terror-related fatalities in Africa for 2014.

In 2013, when the Taliban held the top spot for terror related fatalities, Nigeria was down in the number seven spot. In less than two years, Nigeria’s casualties rose nearly 300%—largely due to Boko Haram’s growth. In 2014, Boko Haram was the culprit of 600 more terrorist attack casualties than ISIS. In the ongoing war on terror, 2014 proved to be the world’s deadliest year for terror-related casualties with an 80% rise in deaths related to terrorist activities.

The bulk of terrorist violence takes place in the Middle East, as it’s the home of four of the five countries well known for terrorist activity. Nigeria is the only country in that five located in Africa, and they claim the number two spot, thanks to the staggering number of Boko Haram victims.

Yet we hardly hear from Boko Haram.

How is it that the group that has murdered more people than ISIS isn’t getting more or at least the same amount of media coverage?

How is it that in January of 2015, Boko Haram slaughtered nearly 2,000 people in the northeastern Nigerian town of Baga—right around the same time as the Charlie Hebdo attacks in Paris killed 17—yet there was limited reaction from the Western world? I never heard about it, and I certainly never heard any government response from western countries.

After the January slaughter, Imad Mesdoua, a political analyst at Africa Matters, tweeted: “No breaking news cycle, no live reports, no international outrage, no hashtags.” Human Rights Watch member and actress Mia Farrow were among those to observe that there had been “no outrage or headlines” on the Nigerian slaughter.

Now let’s get real, terrorist attacks in westernized countries get way more media hype than they do in countries classified as 3rd world or Islamic. That’s the grim reality of the world we live in. I remember taking Geography during my first year of college, and we spent all this time on certain areas of the world and then we blew over the Middle East and Africa. I realized that is the sad fact of the western education system.

Like, ‘Huh?!” I will never understand that mind set of chosen ignorance.

In the last 15 years, a mere 2.6% of all terrorist fatalities happened in western countries. Does this make the lives of those 2.6% more valuable than the other 97.4% that live in high terror countries? The responses by the media and governments of western countries point to yes.

The society that we’ve created in western culture is numbed out to the point that we’ve been socialized like animals to have more or less of a reaction to horrendous crimes based on the location of the crime. It’s true and I am guilty of this myself.

When I hear that someone blew someone else up in say Palestine or Israel, my first reaction is “what else is new?” This is not to take away from the empathy and sadness I feel for the people in these areas. I feel for each and every person who has to live every day in fear for their lives due to terrorism and war. But it has almost come to be expected that these areas are going to go on being violent and ruled by terrorism.

We are growing desensitized to the plight of these people, especially in Africa and the Middle East. This is sad for us as humans. The shock and anger that accompanies an attack somewhere that has been labeled as stable, western or first world needs to accompany news of any terrorist violence.

I hear callous phrases like, “let them all blow each other up” and “for all I care, they can all kill each other.” It breaks my heart that this is the state of humanity—completely cut off from their empathy and compassion for other humans. It’s pure ignorance and it’s truly heart-breaking.

Society has been slowly programming us to believe that there is some separation between us. Society has us believe there is a divide. It’s them against us and you against me. It’s black against white, islamic against christian, and rich against poor. Everywhere we turn, society wants to blame someone else for all of our problems.

We are taught to only worry about ourselves. Selfishness is encouraged and praised. “Get ahead at any cost. Get yours. The world owes me.” These are the thought patterns that are driving our society.

We need to stand firm in our human love and compassion and ask for accountability from or leaders and our journalists. Eventually we must come to our senses. I have small comfort knowing that I spoke up for what I believed in (for those who don’t have a voice).

I helped honor each person that has fallen victim to Boko Haram and ISIS with the only power I have, my words. At the end of the day I can say that I will not fall to terrorism, I will continue on the side of good and the side of light.

Bring Back Our Girls.