My Journey to Enlightenment: From Boob Jobs to Buddha. 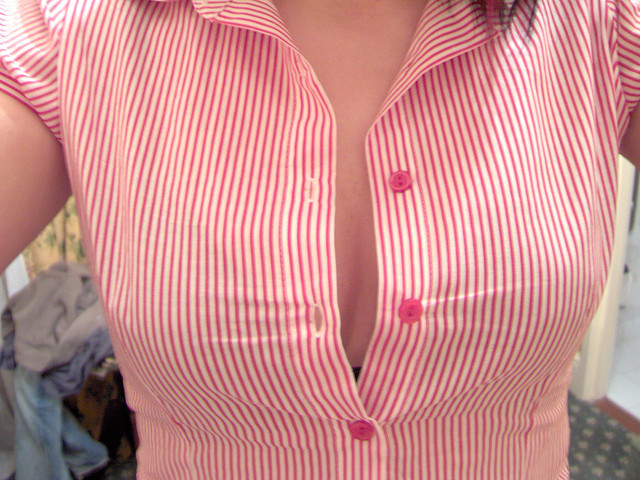 Author’s note: This is my story of plastic surgery which lead to a true acceptance of my body. In no way am I encouraging or discouraging plastic surgery. Do you. Be you. Whatever that is!

Eleven years ago, I was a little less Buddha and a whole lot of boobs. My journey to enlightenment was a long, frustrating and dangerous path—and, a big pain in my butt (cough, cough…I mean chest).

Yep, you heard that right: my augmented breasts lead me directly into the arms of spiritual enlightenment. My 34 DDs not only helped to shape who I am today, but awakened my Soul…three times, in fact.

I was a single Mom trying to heal from years of abuse. A former ballerina and survivor of sexual and physical assault, my body image was a constant struggle—every hour of every day.

To give you an example of how much I hated my body, I used to spit out food into a napkin underneath the family dinner table. Nope, couldn’t even swallow a single bite at one point. My anorexia disorder simply would not allow me to “see” that I was melting away into nothingness.

When everything in my life felt like it is spiralling out of control, food was the one thing I could control.

Since my innocence had been stolen from me at the early age of five by a male babysitter, I poured all of my attention into perfecting how I looked.

It would take me decades and three sets of fake boobs to understand just how wrong my thought process was in my early teens and 20s.

It all started at a Victoria’s Secret store at the local mall.

While thumbing through clearance bras and panties, I noticed a sales clerk practically bouncing around the store—just oozing with personality and a killer smile. She ended up measuring my tiny diaphragm for a new bra.

That’s when I blurted out, “I wish I had your breasts!”

No, I never did have a filter on my mouth.

Laughing, she said, “Well, I bought them!” and before I knew it, I was squeezing her breasts in the dressing room and discussing the pros and cons of saline versus silicone.

Two weeks later, I was under the knife with her recommended plastic surgeon.

My parents would not even speak to me—they were furious that I would endanger my life for my looks!

Pleading with me not to alter my beautiful body, I ignored my family’s concerns. My sole focus was getting a larger chest so that I wouldn’t feel so damn insecure and I would finally be happy.

I also wanted boobs so that I wouldn’t be able to see my abdomen. Yes, if I saw one ounce of fat on my belly, my entire week would be destroyed and I would starve for three days and then eat for eight hours straight—downing a whole box of brownie mix was not an unlikely scenario.

Little did I know that I would later develop a hematoma the size of a baseball ball near my heart—and all because I didn’t want to see my stomach in the shower.

Can you imagine the symbolism here?

Eight hours later, I was “back under” for emergency surgery. When I woke up the anesthesiologist looked at me and said, “You’re lucky to be alive.”

A year later, my left boob deflated—it looked like a soggy pancake hanging off my chest for dear life. My first thought was not “Why did I do this to myself?” or “Why am I destroying my health and body just to look good?”

My first thought was “Damn, I should have gotten silicone not saline.”

I couldn’t go there. I wasn’t ready.

A lethal blood clot, ready to explode like a grenade, didn’t even stop me from removing my implants. I had started the process of healing, but I was far from actually feeling any sort of love for myself.

My soul ached for gentleness but I didn’t listen. I didn’t feel.

The second boob job was to replace the deflated saucer in my chest and it was an even greater mistake. My surgeon told me that if I wanted to go bigger, now was the time. The thought of going from a C to a D was all it took.

I walked out of my second surgery with DDs and a size zero waist.

Can you even imagine? I was like a “Boobs R Us” ad.

My Mom was horrified. I think everyone that knew me was utterly mortified. After all, my original body had nothing wrong with it (I so wish I could have embraced this belief back then). But, no, the attention I was getting from the opposite sex replaced obsession after obsession.

And, boy, did I turn heads! How great! Right?

Every man I met did not want a long-term relationship—they didn’t want to commit to more than one night, or a few months, of red hot romance and I quickly began hiding the one thing that put me in the spotlight in the first place.

Yep, I packed those suckers away.

Eventually, I met a man that saw me—me, not the huge mounds on my chest. Not my small waist and toned body (mostly via starvation and elliptical training).

By the time I met my husband, I was in a major transition phase. My focus was on healing the anguish and anger I stored inside.

My mission shifted from perfecting my outside to loving the deepest parts of myself.

I attracted someone that loved what was underneath the melons above my rib cage. He even supported the downsizing of my implants.

After all, that dang left one had fallen out of its pocket and was touching my stomach. Can you conjure up a lovely vision of this? Imagine my left boob as a slinky (for my 80s peeps), popping out of my breast socket and magically working its way down to the top of my belly while my right boob was a half foot higher and sticking straight outwards as if to mock it.

Some people say that we continue to be presented with the same problem/issues until we learn the lessons in them. We need to dig deep and understand the cycle of our own behavior to heal the wounded why of it all.

And it’s so true!

I finally learned that the only way to happiness was to embrace all of me—it took me three boob jobs, plenty of therapy and lots and lots of Shamanic energy healing to get here but the road to self-awareness is not over.

It will never be over, because it’s a process.

I had to learn to live with my decisions. I was forced to forgive myself for altering my original body. The more I worked on acceptance and forgiveness, the more I began to attract people and a clientele that embraced my gifts.

The more comfortable I became with my own body, the more my healing practice and life grew.

I finally became who I was supposed to be in this life—three boob jobs later.

No longer was my body separated from my mind and soul.

From boob jobs to Buddha, I’m grateful for it all. 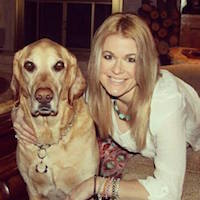