The Intersection of Perfectionism, Narcissism & Self-Worth. 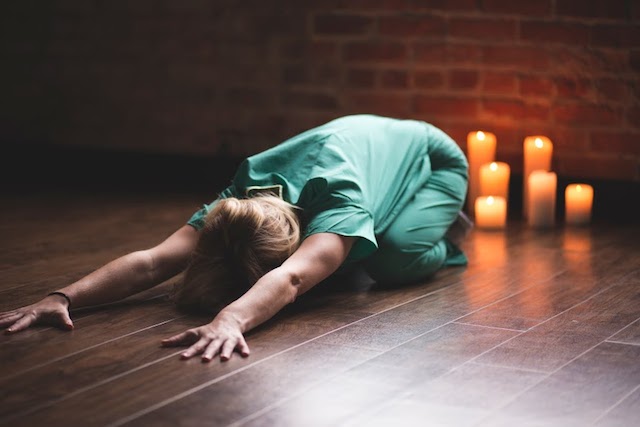 I was sitting at dinner with my boyfriend the other night, talking about our clinical rotations.

He’s on surgery right now and I’m on psychiatry. He tells me about colon resections and pancreatitis and I talk about mental illness.

I tell him how working on the psychiatry unit has made me realize that there really isn’t a categorical separation of “crazy” people versus “normal” people like we’d like to believe. We’re all a little bit “crazy.” (Disclaimer: I say this not to belittle the seriousness of mental illness, but rather to bring attention to the fact that we all have work to do in the arena of our mental health).

In response he asks me, “What psych disorder do you think I have?” “None,” I answer. Because, of course, a disorder is defined by its ability to impair functioning. As a healthy straight-A medical student with good relationships, a solid credit history and a stable roof over his head, I’d hardly say his functioning is impaired.

But I do think that we all fall on a continuum of health versus disease.

Somewhere along the spectrum of various psychiatric diagnoses, we all exist. For example, by definition, our mood has to be either up or down or middle-of-the-road and if we tend to veer in one direction or the other then that’s classified as “abnormal.”

He then asks me, “Okay, so along the spectrum of what diagnosis do I fall?” “Probably OCPD (Obsessive Compulsive Personality Disorder; note that this is different than OCD, which you are probably more accustomed to hearing about, in which obsessions and compulsions cause significant distress; in the personality disorder, the preoccupation with order, perfectionism and control is ego-syntonic, meaning it feels natural and normal to the individual rather than distressing) and a little bit of Narcissistic Personality Disorder (classically, a person who demands admiration from others in order to inflate their own fragile sense of importance),” I answer.

He looks at me, hurt.

“I’m not saying you have a personality disorder—I’m saying we all have personalities with traits and if you’re going to categorize every variation of human behavior—like we do in today’s society, particularly in medicine–then by definition everyone has to fall into a category. If I had to pick what spectrum of psychiatric diagnoses you fall upon from time to time, those would be it,” I tell him.

I’ve given this a lot of thought—the relationship of low self-worth and the need for perfection—ever since I started taking psychology classes almost a decade ago in high school. Because some of us have such a shaky foundation of self on which our perceptions of the world lie, we seek this stabilization externally. We try to manipulate our external environment, perfectly controlling every detail of our existence (just like an obsessive-compulsive) to reflect back to us an image of perfection we’ve never been able to cultivate within. Some of us also have a nonnegotiable need for others to reflect back to us this same image of perfection in the form of compliments and praise.

We require that others compensate for the low self-worth we feel inside, building us up from our negative baseline in a way that is almost idolizing, in a way that can be labeled “narcissistic.” The word “narcissist” leaves a bad taste in my mouth when I say it—like I need to rinse my mouth and spit it out—but I think it’s more a label of behavior than it is of the people themselves.

I exhibit this behavior, particularly in times of stress, in a passive way, not demanding that people recognize my worth, but by thriving off the positive feedback of others. Nothing makes me feel as good as I do when someone tells me I’m doing a good job. Someone gives me positive feedback and I’m elated, someone gives me negative feedback and I’m devastated. All someone has to say is the words “not good enough” and tears well up in my eyes. I’m not sure where this deep-rooted belief comes from; I can’t nail down anything in particular that triggered it, it’s simply the way I am. I perseverate on the opinions of others, replaying the reel of commentary as if it were fact.

Objectively this is silly, since ultimately I’m doing the same work regardless of whether or how someone comments on it.

Of course, we all prefer to spend time around people who make us feel good about ourselves, but at what point does this become narcissistic? At what point does attention to detail become obsessive-compulsive? Like I said, it’s all a continuum. And because we often resist or find fault with what hits close to home, somewhat hypocritically, I often make the mistake of assuming that people who are “narcissistic” or “perfectionistic” think they are better than others, and maybe you make this assumption too, when really it’s just the opposite. I’m aware of this behavior and I’m working on it. Self-reflection is important, sometimes uncomfortable, but always important.

Pretending not to see our imperfections doesn’t make us perfect and there is power and liberation in being honest with ourselves and with others.

Through introspection and my understanding of human psychology, I’ve come to understand that the only reason we look for external validation is to silence our inner doubts. We tend to seek from without what we’re not able to cultivate within. The next time someone boasts about some aspect of their lives or demands relentless perfection, consider the fact that they likely feel inadequate and are looking for help to stitch back together their fabric of self worth in the only way they know how. As hard as it can be, when our instinct is screaming out “a**hole,” maybe we can learn to react with as much compassion to those who already seem as if they have enough self love to go around as we do for those who are more admittedly depressed.

Before reflexively judging, maybe we can take a moment to search for the piece of the puzzle that might cast a light of understanding upon an unrelatable life story. After all, we’re all just trying to understand and be understood.

An Open Letter to Those Who Call Themselves Empaths.

Image: By Eva Fuze, via the author 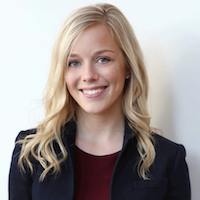