The Myth of Tough Love: A New Tool for Supporting Loved Ones through Addiction.

I’ve noticed a disturbing pattern as stories rage across the major networks on the epidemic of addictions facing the United States. They are missing a key piece.

Yes, we need better policies and of course, medical intervention and treatment is invaluable—including more training for doctors who prescribe opiate painkillers. But few stories acknowledge the untapped power of a family or community to support a loved one through addiction.

Because after all, even when a person ends up in a support program, they often return to their former surroundings—and old patterns are bound to arise.

How can a family be prepared prior to treatment and throughout recovery? This led me to investigate those working on the cutting edge of addiction’s research to understand how to transform a desperate situation into one of understanding and mutual support. Below is what I learned from interviews with the an advisor to the White House and a leading research expert.

In 2009, McLellan accepted a nomination to be the government’s No. 2 drug-control official and advisor to Vice President Biden. At the time, his youngest son had recently overdosed on anti-anxiety medication, while his older son was in residential treatment for alcohol and cocaine addiction. He saw the offer coming so quickly after his son’s death as a sign and took the job to make a difference.

“Family members know if nothing is done that there can be lethal consequences,” says McLellan, PhD, also the chair and co-founder of the Treatment Research Institute. When substance abuse becomes chronic, McLellan says that it’s pointless to punish the person. He says the tough love approach is the most common and also, often lethal.

“Sometimes the first use of a drug can lead to permanent damage, or even death,” says addictions specialist Dr. Bob Meyers. “The notion of waiting for someone to hit bottom before doing something is ridiculous.”

Meyers says this forces families into a painful cycle with limited choices: either force the person into rehabilitation or detach and wait until they hit rock bottom—but often, the bottom means death.

Traditional interventions are based on moral models which assume substance abuse stems from a lack of willpower. Alcoholics Anonymous, founded in 1935, asks the addict to give their will over to a “higher power.” Addiction is viewed as a result of human weakness—a defect in character. Al-Anon, an offshoot program for family members of an addict, advocates for disengaging from a loved one who is drinking or using drugs.

“A traditional intervention has the family write down everything the substance user does to them or how they’ve gotten in trouble, essentially all the bad stuff they’ve ever done,” says Meyers. “Then they invite them in and tell the person what a jerk they’ve been—on and on.”

Meyers, currently working at the University of Mexico’s Center on Alcoholism, Substance Abuse and Addictions, has co-authored five books on addiction including Get Your Loved One Sober: Alternatives to Nagging, Pleading and Threatening.

Meyer’s father was a heavy drinker who never received support. He refused to accept that family members are powerless to influence a drunk or addict, which motivated him to dedicate his life to designing a new approach.

“What I’ve created with CRAFT (Community Reinforcement and Family Training), says Meyers, “comes from really loving someone and wanting to support them. When certain programs talk about ‘loving detachment’ to me that is an oxymoron—there isn’t ‘detached love,’ if you care for someone you can help change them.” Meyers teaches the interpersonal skill set he invented after years of research, in workshops around the world. He added that nowhere else was the idea of “shaming” the addict so prevalent as in the United States.

A 2002 study conducted by researchers at the University of New Mexico and published in the journal Addiction showed that motivational interviewing, cognitive behavioral therapy is far more effective in stopping or reducing drug and alcohol use than the model of A.A. Despite this research, the faith and abstinence based models remain the dominant approach.

“I worked with a mom who would berate her kid when he came home telling him he was late and reeked of pot—or whatever,” shares Meyers, ”but then I got her to say things like, I’m glad you’re home and safe, it’s nice to see you. The kid started believing his mom loved him and that’s what finally got him to come see me.”

Meyers and McLellan teamed up recently with Cadence Online to make Meyer’s CRAFT protocol more accessible for families by hosting the educational module online. Through interactive videos and extensive role-playing exercises, parents navigate through five key modules designed to help them understand their child’s drug use pattern, improve their communication skills, develop methods of behavior management, and learn when and how to suggest treatment entry.

According to the Treatment Research Institute, 90 percent of substance use disorders begin before the age of 18, which is why the duo started by targeting parents as key influencers.

“Parents find it difficult to believe, but in almost every survey in high school, kids rate their parents as the most influential people in their lives,” said McLellan. “Parents have power they don’t exercise. They give the kid access to a car, a credit card or pay their tuition. Those are all factors with proper instruction that can help them gain control of their kids behavior when the kid can’t.”

Brain imaging studies show physical changes in areas of the brain that are critical to judgement, decision making, learning and memory and behavior control. Addiction researchers believe that these changes alter the way the brain works and may explain the compulsive and destructive behaviors of addiction.

“The thinking behind it is that through positively reinforcing your child, you can understand what’s underlying the addiction—sometimes strong feelings of anxiety, depression or isolation and then support them to get more help and stay connected during treatment and recovery,” explains Meyers. “Families can see, okay, maybe if I do something different then I’ll get a different outcome,” says Meyers. “They’ll look at a different way of interacting so they don’t lose touch.”

The Center of Disease Control and the National Institute of Drug Abuse reports a steady rise in overdosing in the past 15 years. In 2010, there were approximately 38,000 fatal drug overdoses in the United States alone, more than double the number in 1999. Overdose is the leading cause of accidental death in the U.S. surpassing traffic fatalities, and gun related deaths.

“The most rewarding thing for me is that the public is now understanding addiction as the chronic illness it is,” says McLellan. “That allows for there to be possible advances, without that realization, we are in trouble.” 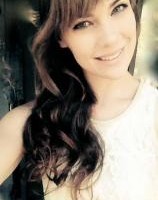