Unlovable Women & the Men Who Love Them. 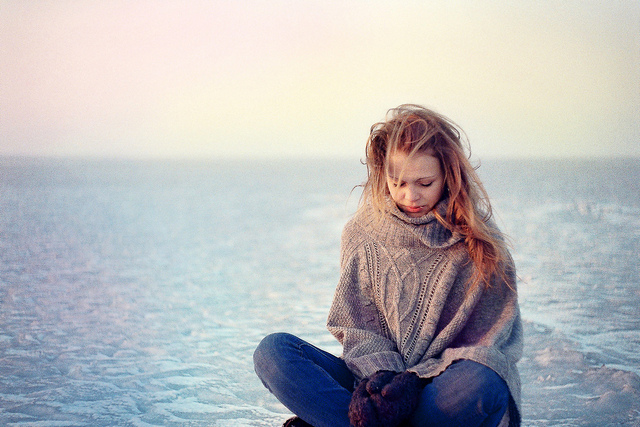 I fell for an unlovable woman.

I missed all the signs, the writing on the wall, and fell hard.

She spoke of her mother: how as a small child she had wanted to do gymnastics, go to parties, be a cheerleader and play an instrument.

Mom, as the story goes, suppressed her, yelled at her, forced her to go to bed too early and liked her brother better.

Daughter thinks her mother hates her, still wants to curb her enthusiasm and oppress her.

Daughter is making a case for unlovability.

Dad peers out from under his ever present cowboy hat, imagining his daughter to be the most beautiful thing in the world.

But the unlovable daughter mistakes Dad’s shyness, his desire to be alone most of the time, as disapproval of her. It isn’t personal, and he loves her as much as he ever has anybody. But she doesn’t see it that way. She thinks he doesn’t care. But of course he does, and expresses it as best he can.

When it comes to men, as it often has: men are out to get her, and not in a good way.

Her ex husband’s alcoholism and chronic unemployment seem like his way of getting back at her. He has no money to give her, and not much of a life either. She married a little boy with more problems than he was going to face in this lifetime.

He has contributed to her case for the neglect she imagines she deserves.

Her story goes that, on their first meeting, long ago, he took her home from a bar. Given how unlovable she perceived herself to be, that naturally led to them getting married, but not living happily ever after. In fact, they were divorced before she gave birth to his daughter.

Now, nearly two decades later she doesn’t blame him. She speaks of him to confirm her unlovability.

She found someone so immature and steeped in problems that he couldn’t love, and imagined that meant she was unlovable. In other words, like a bad scientist, she sought evidence that confirmed her initial assumption: she is unlovable.

Financially, she grew up poor, unable to afford much and forced into working. Which, by the way, she loved. But money, her story continues, doesn’t love her. She never has enough.

She makes good money, but spends it 15 percent faster than she makes it.

Though money can be a symbol of approval, success and even love, for her it is sign of how difficult her life is.

She is lucky to make rent each month, and imagines that is because she is poor, not because she spent lavishly early in the month…which she did. All that spending was an attempt to prove her love of herself, but it soon proved she didn’t have enough money, was once again not enough, insufficient, unlovable.

She doesn’t deserve love or money.

Her Lot in Life

She has been unlucky with parents, love and money. Listen: she will tell you how difficult it is, and how she will some day triumph, get out from under her terrible upbringing, be rich and happy in love.

She doesn’t know how all this will happen. But she is so sure it will that her optimism overshadows her practicality.

She doesn’t notice that each of us lives to prove something. And she continually proves that she is unlovable.

To get out of unlovability begins with silence. Stop telling stories about how the world is out to get you, or nothing has ever worked or how your childhood ruined you or that if you were richer you would be happier.

Stop talking about your ex and start learning to handle money so you always have enough.

Stop scrounging for evidence that you are unlovable.

Begin noticing that love is all around you.

Her Mom loves her, her dad loves her, and I love her. Her daughter also loves her, as much as a teenager can. Her clients love her. She is lovable and everybody knows it but her.

When you hold an opinion that nobody else does, start listening to the people around you instead of remaining focused on the conversations in your own head that make you small and unlovable.

I was too busy loving her to notice that she considered herself unlovable.

Surely she knew that people loved her.

When you love someone and they are convinced they are unlovable you do everything you can to convince them.

You tell them how wonderful they are, you touch them sweetly and softly wanting nothing in return. You buy them dinner after dinner, send flowers and candies and gluten-free snacks.

But nothing gets in. Nothing conveys the only message you want to get across, that she is wonderful, incredible, unstoppable, a blessed goddess.

But, like an advanced martial artist she blocks your every move. She is unlovable and finds evidence for that. If you send flowers she bounces a check, if you hold her close she decides that you only want her for sex. If you tell her how wonderful she is she talks of her ex-husband and how he should be paying child support.

She has two cats, and speaks of how incredible it is to have a dog.

And while we all do that, imagining the grass to be greener elsewhere, she does it chronically.

Not What it Seems

Unlovability seems like a horrible plight until you notice that it really is a form of selfishness. It is selfish to imagine that you, of all people, are unlovable.

Unlovability is really a bit of a scheme. A way of being special, carrying a particularly difficult burden. It is claiming that you are important because you lack love.

To discover yourself as lovable is to drop the story that your parents didn’t love you. To notice where you aren’t limited rather than dwelling on where you are; to be haunted by abundance instead of shortage and to stop imagining that everybody hates you nobody loves you, you might as well eat dirt.

Everybody is lovable, and everybody is loved; it takes a mighty fine and thorough storyteller to convince herself that she is the least lovable person ever. And it is an inside job.

No man, or mother or father or dog can convince you that you are lovable when you are as busy as a bear in blueberry season collecting a fresh crop of evidence for your unlovability.

But if you stop telling all those unlovable stories, start noticing how your parents really look at you, how your ex has his own problems and they have nothing to do with you, learn how to manage money and abundance, then you will discover that beneath all your self hate you really do love yourself.

And once you start loving yourself you will notice that other people have been loving you the whole time. You will turn up the empathy and compassion in your life. You won’t need to imagine that you need to go to foreign lands for adventure—you can find joy, and love and passion here and now.

I’m not saying you shouldn’t travel, I am saying that anything that happens before you love yourself will be quite thoroughly ignored. That it isn’t a trip or a man or a pair of shoes or a happy childhood that fulfills you: it is you loving yourself, offering yourself compassion. It is you embracing all that you are and all that you do and all that you have.

The jury is back and the verdict is that you are lovable—live with it.

Bonus: Have a mindful first date!

3 Ways to Let the Real You Shine Through.