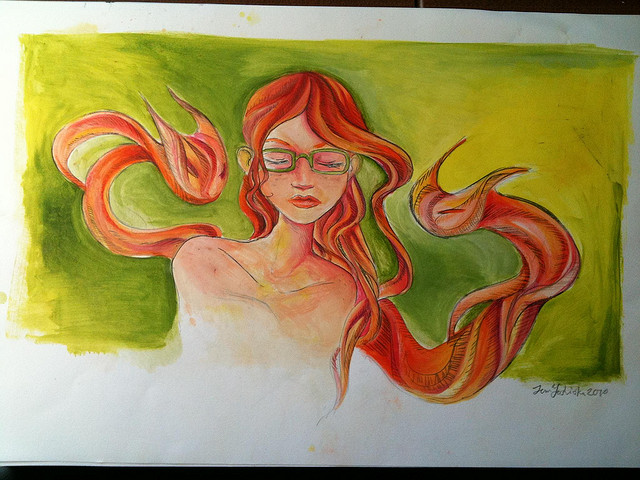 “You never know when a moment and a few sincere words can have an impact on a life.” ~ Zig Zigler

Since I had been a teenager, my favorite form of art had always been sketches of the nude female form.

I found the curves and shapes and shadows alluring and thought that flaunted femininity was scintillating and daring.

I’d look at the old masters, the new masters—any masters—and imagine they were painting me. It would be me lying there on that pillow, or draped in that scarf receiving the undivided attention of the artist. It would be me who was curvy and luscious and sensuous, and everyone would want me to pose for them.

But that was, as I said, how I imagined myself.

Teenagers can only imagine feeling like that about their bodies. In reality, they condemn themselves as too skinny or too fat or too anything they can think of. As I grew older, my notions of being a model eventually became entombed behind the headstones of housewife, mother, and career woman and life went on.

Then, 45 years or so later, when I was way past my teenage fantasies, in that mysterious way that life has of opening old doors again, I lay in a massage room on a warm October afternoon while I was on vacation in California. Music was playing, scented oil was wafting, and lace curtains floated on the window. I had scheduled an hour and a half massage in this golden, trembling space and had been lying face down on the table, receiving the very enjoyable ministrations of the therapist while losing all track of time.

What a delicious experience.

After a dreamy while, the therapist softly told me it was time to turn over to the other side. I didn’t want to turn over as I knew that was the signal that the massage was half over. I told him I wished I had six sides so that I could turn over and over and the massage would never end.

Moaning with the effort though, I did manage to do it— slowly—and then to sink back into that floaty timelessness I had swum out of.

About a half hour later, my internal clock sounded a soft alarm and around the edges of my awareness I felt that the massage was over. I expected to hear the therapist whisper the customary thank you into my ear and prepare to leave but he seemed to hesitate. I opened my eyes drowsily and saw him standing beside the table.

“I don’t mean to be rude, but can I ask you a personal question?”

I was in another realm, a kind of twilight sleep; he could ask me anything.

“Have you ever thought about modeling for artists?”

“So funny you should ask,” and I told him about my youthful fantasy.

“Well, I’m an artist as well as a massage therapist,” he responded. “And if you’re interested, all you have to do is call someplace where they teach art and tell them you want to model. I’m sure they’d love to have you.”

The stool the therapist was sitting on creaked as he stepped off of it and just as he got to the door, he turned around and said quite simply.

“You’d be really fun to draw.”

Me? 65-year-old-me, fun to draw? I was overweight and wrinkled. I had a huge ass.

Still, I had actually been looking for part-time work and somehow the therapist’s parting words struck me. I made a mental note and a few weeks after I got home from my vacation, called the local junior college art department just to see what would happen.

They practically hired me over the phone.

Easy as that, my adolescent dream to become an artist’s model—to be seen through the eyes of others as “curvy, luscious and sensuous,” not to mention to be accepted exactly as I was, all 200 zaftig pounds of me—came true. It was, albeit, over 50 years later, but still a dream that had come true, a dream I’d put aside as one that was impossible.

I ended up modeling successfully for the junior college, for the university, for artists groups and for private artists in and around the city I lived in for almost three years. I thoroughly enjoyed the work and was a natural at it, and over and over again, I would hear the California artist/massage therapist’s wonderful words echoed to me.