Boys Play with Trucks, Girls Play with Dolls: The Pervasiveness of Gender Stereotyping. 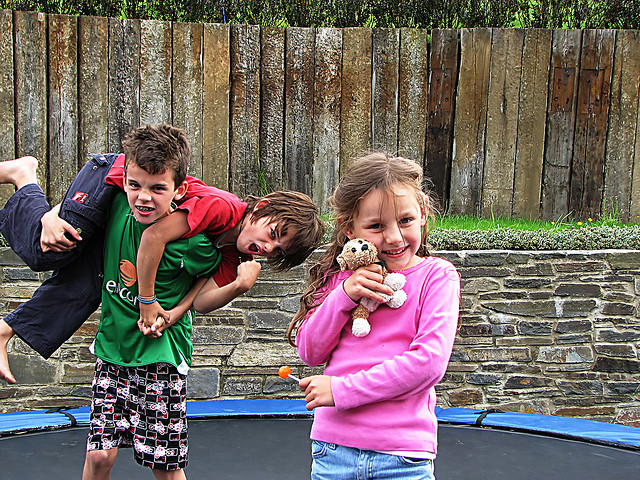 Recently, I’ve been watching a lot of children’s programs. Cartoons to be specific.

This is what happens when you have a baby.

I’m not the type of parent to say no to television, or technology, or other elements of our now much digitized experience. After all, this is the world we live in today. Reality is expressed in many different formats—television, video games, digital and social media.

Watching this kid’s programming has resulted in the overwhelming desire to purchase the statuesque My Little Pony unicorn toy for my five-month-old…I know, I know, she wouldn’t be able to play with it to begin with!

The sudden unquenchable urge for said purchase, frankly, frightens me.

Why? Well, besides being a sucker for marketing and consumerism, there is a whole lot of gender stereotyping involved. And if the gender stereotyping is having an effect on my unpliable, archaic, thirty-three year old mind, what type of impact is it having on my malleable baby girl’s mind?

To start with, why is My Little Pony a gender stereotype? Because girls in their submissive gender role, are expected to be brushing the hair of their stuffed unicorn (which has enormously long lashes, and strangely female features), and stroking it’s fluffy, pristine white exterior, while they imagine their dream man (hopefully a prince) rushing to their aid on said majestic unicorn.

That’s the truth of it.

But which came first, the chicken or the egg—or in this case the gender stereotype or the commercial?

In Gender Stereotypes in Advertising, a study conducted in the 1990s, Brown indicated:

‘Girls were never shown using products designed for boys (e.g. guns or trucks) and no commercials showed boys using products targeted for girls … Gender role reinforcement was observed at the level of body language and facial expression: girls were portrayed as shyer, giggly, unlikely to assert control and less instrumental.’

According to a study conducted by L.J. Smith, heavy viewers of television and in particular cartoons held more traditional gender-stereotyped notions of proper role behaviour than light viewers of television. The study was conducted in 1994—today, in contrast, the pervasiveness of advertising extends beyond television; to clever product placement, video games and social and digital media.

More recent studies by Clothilde Gaudet (2014) indicate that nothing much has changed over two decades, and that gender stereotyping continues in children’s ads. Color is a major indicator in the appropriateness of a toy for a girl or boy. Gaudet provides the example of the Leap Pad released initially in blue and green for boys, but then in 2010 in pink for girls.

Gender stereotyping goes beyond what color a girl should prefer, it extends into what character traits are more appropriate from a female perspective—like friendliness and kindness—and which traits are more appropriate from a male perspective—like competitiveness and strength (Gaudet, 2014). On top of this, it encompasses future occupations that girls should take on, and ones that are suitable for boys.

And so it continues, as these stereotypes are often reinforced and sanctioned by children’s role models. Some would argue that I do the same, for example my appearance is overtly feminine: I wear make-up every day, high heels (also almost every day) and form fitting clothes. I work in a traditionally female space (communications), and I even cook dinner most evenings. But I’m neither meek nor mild; I’m competitive, direct and at times abrupt. All unfeminine character traits — and I’ve often been reminded of this.

So where do we draw the line? How about that chicken and egg theory?

Did the gender stereotypes come first or are the behaviours ingrained into the female and male psyche to begin with? Should I turn off the television right now, this very second?!

Well, no, because gender stereotypes exist everywhere—in storybooks for example, and in other people, including ourselves! It’s hard to come to any conclusions about the chicken and the egg without removing children from every possible influential stimuli (including yourself).

What should we be doing then?

I think we have to play an active role in encouraging children to be themselves. Whether that’s an overly opinionated girl or a sensitive boy. As a girl I was often told I was ‘vivacious’ or ‘cheeky’, sometimes ‘bossy’. In reality I just have a big personality—something that would have been encouraged in a boy. Recently someone said to me about my five month old that she was ‘vivacious’ and ‘I wonder where she gets that from?’

Yes, she’s vivacious, that’s obvious now. She might also one day be brave, intelligent, a leader and a tech-head. Places only reserved for the ‘bros’. I don’t think they are; at least not anymore.

So even if she gets My Little Pony for Christmas, she’s also allowed to be the very person she inherently is. We can be many things at the same time.

We can wear heels and makeup and still be leaders.

Gender simply is, but it’s also perceived and created, and it’s our role to encourage children to be who they are, not what their gender is.