Does the Past Exist? 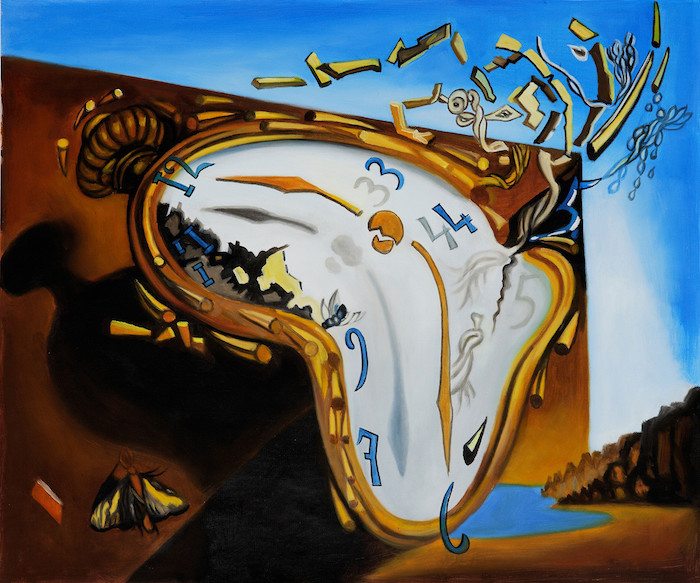 Do you often think back to past occurrences and experience regret?

Sometimes that regret can be crushing, and sometimes it can just be a niggling sentiment. You might think, I wish I had said that instead, or, what was I thinking wearing that outfit or dating that person? And then the general mortification that comes along with those recollections sets in.

I’m no different. I often think back to incidents, and then the speech bubble appears, “Yikes! Really? What was I thinking?” But I only manage to think back to the very close past, maybe one or two years back, the rest has turned into a blur, surpassed by hundreds of other memories and chagrins of other sorts.

Recently an old school acquaintance contacted me to tell me that our English teacher back in the day (a real cornerstone of the school, and an archetypical English literature tutor) was retiring. Could I recall any memories of her that could be used for her final speech? I wracked my brain. For days. And there was literally nothing. The overall quality of her was still there, apparent in my mind, but any of her precise words, any slights or joys I would have experienced, any arcane moments of English literature truth, were gone.

It really got me thinking—who was I then? And did that version of the past even exist given I couldn’t recall it?

Tibetan Buddhism teaches us that we’re constantly changing; we’re ephemeral, intangible, as are our thoughts and emotions. So who we were last year is likely to be a very different person to who we are now, or even this morning for that matter. Our outer person is in constant flux and change, and only the purusha within, the “pure consciousness,” remains the same.

The dichotomy within Buddhism is while there is much focus on our past, and past lives, and the karma we’ve accrued, there is also similarly a singular focus on the only authentic reality occurring here and now. As Matercheta wrote, “Buddhas don’t wash away sins with water, or heal suffering with laying on of hands, or transmit understanding into the minds of others. They introduce beings to freedom, through showing them reality.”

And sometimes what keeps us shackled is the past (which doesn’t exist) or similarly, a future (which will never eventuate). As Fyodor Shcherbatskoy wrote on the Buddhist philosophy of reality, “Everything past is unreal, everything future is unreal, everything imagined, absent, mental…is unreal. Ultimately real is only the present moment of physical efficiency.”

While considering my English teacher lack-of-recollection debacle, I wondered, does the past exist if it made no lasting impact? For example, some events and occurrences (even the most minute) can have a lasting impact on the future: a car accident which happened in a split second and the occurrences that led up to that, the chance meeting of your partner or spouse, the introduction to music and art which changed your life path, etc. Conversely, other occurrences appear to have not changed the course of events a bit—so did they happen at all?

Presentism is a philosophical doctrine, which espouses that only events and entities that occur in the present, exist. So for example, Alexander the Great’s warhorse existed in the past but does not exist in the present. Concepts such as Eternalism would build on this to extend it to the future as well. This is often talked about as the “block theory;” time is viewed as a four dimensional block, as opposed to a three-dimensional passage.

The passage notion comes back to the theory of relativity. If you imagine time as a cone like shape, the conceptual observer is at a geometric point in time and space and observes the events, which are laid out. The theory depends on the idea of time, as an extended thing, but the conceptual observer being finite and not extended over time and space.

One could argue that in the world of social and digital media, where every one of our life occurrences are recorded and shared across the internet, that the past must exist, that we’re reminded of it on a daily basis. But are we? Driven by the 24 hour news cycle, we’re constantly being struck by the new story, the new phenomenon—whether it’s on television, on social media, or in our lives. The past, although recorded, goes unvisited, and so the same conundrum cycles back, if unvisited, does it even exist?

To add to this, every recollection of the past is different. We see things through the filter of different perspectives, different locations, influenced by different narratives. What version of the past is actually correct? Does a correct version even exist? Our own memories are unreliable sources. For example, four months ago I had a baby, directly after having the baby I told friends that I didn’t think I could go through the birthing process again, the pain was absolute agony! I was vehement! Now four months down the track I think, that wasn’t so bad, I can do it again.

Einstein said, “Reality is an illusion, albeit a persistent one.”