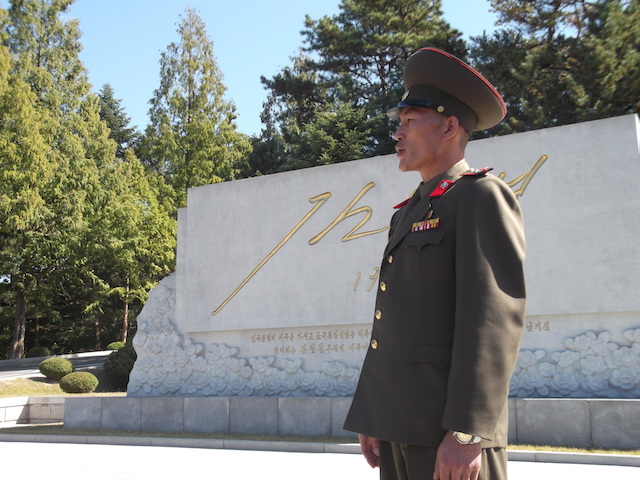 North Korea. The mere mention of the strange, hermit state conjures up visions of a huge military juggernaut parading through the streets of Pyongyang or missiles firing warning shots out towards perceived enemies in preparation for war.

In October, I was standing yards away, and watched as this spectacle took place during the 70th Anniversary National Party Foundation Day in Pyongyang.

Day 3: “Make no mistake, today’s the day. The 70th. Anniversary National Party Foundation Day. The day Kim Il Sung founded in 1945 the DPRK. To North Korea this is Christmas, Easter, birthday all rolled into one. To outsiders its the infamous military parade in Pyongyang where North Korea shows the world, and its own people, via television its military might…”

I was one of only a few foreigners to witness this—ostensibly as a tourist, but really there to bear witness to a rather bizarre show of military might.

With North Korea’s standing army of one million (the fifth largest in the world) and rumored nuclear capabilities, the world looks on with concern at this pariah state and wonders about its ambitions. 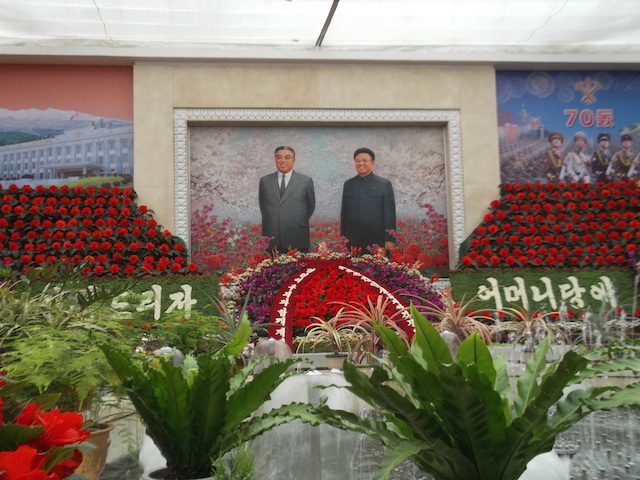 Day One: “Customs is very thorough with special interest in cameras, mobile phones, laptops and books. Anything on the banned list is confiscated, and it’s a long list. Religious books and icons, DPRK guide books, binoculars, anything to do with South Korea, GPS devices, it goes on and on. The key is to research the do’s and don’t’s thoroughly. Once past customs every foreigner will go through the same procedure before leaving the airport. Assemble in your designated group, there is absolutely no independent travel, then meet your constant companions for the duration of the stay—your two DPRK guides. Every group, no matter how big or small, will be assigned two shadows. One is a genuine guide supplied by KITC, the state tourist company. Efficient, very knowledgeable, friendly and with a perfect grasp of English. The other “guide,” normally dressed in a sharp suit, always lurking at the back of the bus or group is the governments eyes and ears…”

With its closed borders and secrecy, the country remains a mystery to outsiders, who can only guess what goes on inside the reclusive state. Rumors, counter-rumors—some truths, some outright lies, sometimes perpetrated by South Korea, sometimes by North Korea itself—add to the confusion surrounding this much-maligned and misunderstood country.

Always on a war-like footing, constant aggressive rhetoric coming from its state-controlled media, North Korea does little to dispel its image as a country to fear. Much of the “saber rattling” is aimed at its own people; by creating an “us against them” scenario, the government can actively encourage isolation and aggression toward outside forces. The people need to believe the hype, otherwise the game is up.

Day 2: “Today is DMZ day, or to give it its full title, Demilitarized Zone, obligatory for every visitor. This is the border with South Korea, some three hours south of Pyongyang. Officially the Korean war of 1950­-1953 never finished, there is simply an armistice, a break in hostilities. It becomes apparent very quickly that this is part of the problem here. Whereas South Korea, the USA and even China have put the past behind and moved on, DPRK is still locked on a war footing, ready to resume hostilities at a moments notice.”

Showing its military might to intimidate its foes and impress its own people is normal practice in the DPRK, but in reality, the truth of the situation is somewhat more complex.

Sheer numbers can be deceptive. Despite its vast size, North Korea’s military is more a community army than a fighting one. 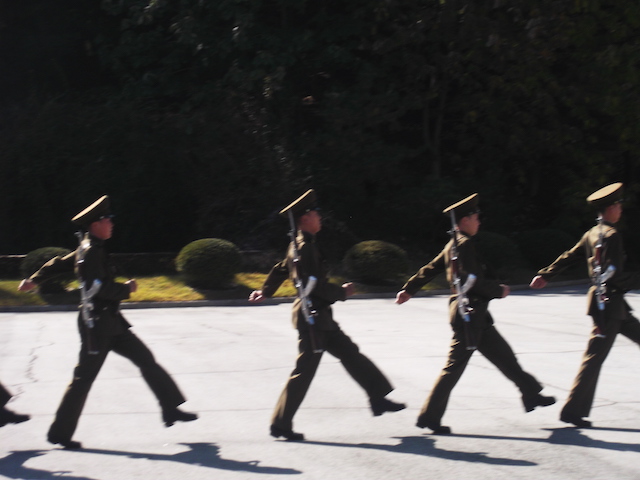 Made up of mostly young conscripts, its main task is to support the workforce and economy of a basically poor, rural population. Working in construction, maintenance, forestry, agriculture, policing and many other areas of society, soldiers are a familiar sight across the country—not so much with guns, but with tools of the trade. The only difference between civilian and military is the ubiquitous green-brown uniforms of the latter.

Away from the generals in their oversized caps and the shows of military might, there is a very different, more human picture. Most DPRK soldiers are young, naïve conscripts with little perception of the wider world and how it views them. Away from the glare of authority, most are naturally inquisitive of foreigners, eager to make eye contact, to smile and to wave.

Any sense of anger or hostility to outsiders is conspicuous by its absence.

The image of the DPRK armed forces projected by its leaders to the outside world is very different to the reality up close. Like so much in this country, it’s all smoke and mirrors.

Day 3: “Finally, we have our orders in late afternoon. Marched to a vantage point on a street corner we are instructed to watch proceedings from here. The problem for our minders is that with three million people on the streets and no sort of crowd control, it is very difficult to keep tabs on everyone. So, I take my chance and disappear into the masses. Officially I simply got lost, unofficially this is probably my only opportunity to experience this unique occasion with normal people. Darkness is falling, which helps, and everyone is so transfixed with the parade that I am given little attention. For the next two hours a constant stream of tanks, guns, armored cars, missiles and lorry upon lorry of cheering, waving soldiers rumble past. For the locals this is a joyous occasion, and they all enthusiastically wave and cheer back. It strikes me that up close and personal this huge, threatening, rather sinister army the world fears as they goose-step in line through Kim Il Sung Square are actually lots of fresh faced young men and women caught up in events they will never fully understand…”

This is not to say North Korea should not be taken seriously. There is little doubt it has nuclear ambitions; the question is just how far have these been advanced. Much of its weaponry is old, better suited to early 20th century warfare than the modern, technological warfare of today.

What North Korea represents, though, is the world’s doomsday scenario: a small rogue state, led by one inexperienced, volatile man, with nuclear capabilities and nothing to lose. This has always been the danger, from the moment America unleashed the first atomic bomb.

If put in the wrong hands, catastrophe awaits.

In conclusion, yes, the world needs to be concerned about North Korea, but not about its people or even its army—but rather its political hierarchy and their plans to cling to power at all costs. A leadership that maintains the status quo by cultivating a climate of fear and ignorance to keep its people subjugated to more years of isolation and hardship.

A leadership that keeps the world at arm’s length with threats of nuclear Armageddon that may be beyond its capabilities—or maybe not. 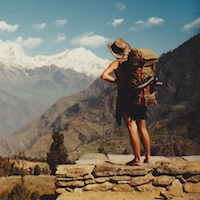