For the Ones Who Fear they Will Never Belong. 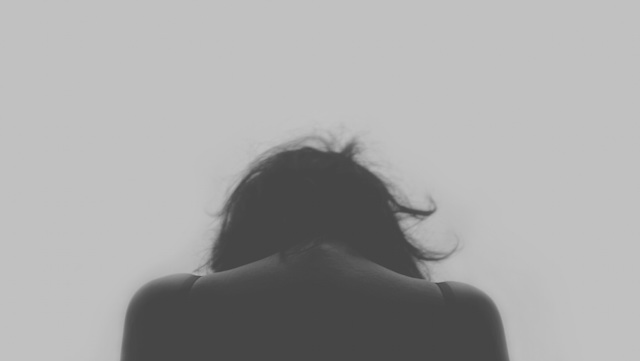 I’m not here to say that what we think about ourselves is entirely false.

1. It wouldn’t make a difference if it were, and

Maybe we don’t belong. Maybe we never have and never will and that’s affected us in ways we’d rather not recount: gravitating in desperation towards all the wrong people, reaching for hope in substances and self-inflicted pain, submitting ourselves to bad decisions over and over again to the extent that even we believe we’re just bringing it upon ourselves.

Maybe once upon a time, someone gave it to us straight, explicitly describing how and why we didn’t belong: too annoying, too smart, too fat, too skinny, too stupid, too quiet, too loud, too different from everyone else, too much the same.

Unlike the people who appear to have been born into belonging, fitting like a glove into the world they’ve been given, we dance along the edges, waiting for any opportunity to make our way to the center. But for those of us who’ve made it there after a long and trying fight, we know it’s not all it’s cracked up to be.

But even if I had loved it there—in that feeling of “belonging,” though even then I still didn’t feel I belonged—there were plenty of signs telling me to get the f*ck out, namely failing mental and emotional health and subsequent ailments in my physical body.

I think for most of us, the ones who don’t belong, this rings true: that we really don’t belong in the ways we (or others) think we should. We feel too much or say too much or wish we’d said more; we venture into depths with abandon yet we cling to that which is said to be true, only to find that the truths we know are lies and so we’re faced with decisions we wished we could avoid; we believe we would be safer if we could just belong somewhere. Anywhere. Maybe then we would be content, no longer needing to feel or say too much or not enough, no longer taking the plunge to undo the ways of the world with which we clearly can’t comply.

But here’s what I’m here to say for us, for the ones who don’t belong: that yes, it would be easier, that this is hard, that there will be the pain of not belonging and wishing we did.

However, I think that which keeps us from belonging might be an important statement about who we are as individuals. I think that maybe the ways in which we don’t belong are precisely the ways we’re meant to live out our purposes in this life.

I think the people who don’t belong for whatever reasons have the innate calling to use those isolated qualities to reach others with similar experiences, to raise them up from the darker places we know all too well.

Oddly enough, in not belonging, we kind of belong to each other.

Because I’ve always been too loud and too persistent and too passionate and too rudely inquisitive to belong, I’ve come around to use that voice to write. To reach people. To let them know that we’re very much the same, that we’re not alone…and to let those who think I’m completely wrong and ridiculous and immature know that I’ve already encountered the likes of them and I’m no longer afraid to tell them that I don’t care what they think.

And for all of us, for the ones who don’t belong, I think it’s time to do the same. Hell, if I can somehow convince someone to let me write for them in my efforts to put my non-belonging to good use, then anything is possible. Every single one of us who doesn’t belong, never has and never will, can look at the reasons why—the too-much-ness and the not-enough-ness and everything in between—and draw our purpose from there. We all have that capability, even the people who do seem to belong.

And that’s because in truth, they don’t actually belong.

Belonging is a lie we tell ourselves to feel associated and defined and comfortable. It’s not real. This isn’t Mean Girls (cue the cafeteria scene in which every stereotypical high school group is labeled and described in painful detail). And while it’s certainly clear that society enables and encourages these means of identifying, that doesn’t mean it’s the best thing to which we can adhere.

Sure, the people who “belong” truly seem to thrive in their situation, but of this we can never be sure. I’ve spoken with plenty of people (largely as a result of my writing) who appear to have it all on paper—the trophy spouse/significant other, the tightest friendships, the amazing job, the gorgeous home, the perfect family, the endless bank account—and even they’ve admitted their sense of not belonging or simply feeling that something still isn’t right, even if their Facebook updates and Instagram posts tell us otherwise.

This only proves that no one entirely belongs. Not even the people who truly think they do. And so maybe for that reason, everyone belongs—because everyone doesn’t.

And maybe the purpose you’ll extract from your non-belonging has something to do with being that beam of light for others as you introduce them to that concept: that so much of what we experience with regard to perceived truth is actually a lie, that belonging is a reality only insofar as we fail to see its falsehoods, but that this doesn’t invalidate our experiences in figuring it out. After all, even though it’s painful and tormenting and often destructive, not belonging gives us some invaluable gifts, perhaps the most useful of which is the ability to stand alone.

Because it’s from this stance that we have the opportunity to realize why we’re here and that we can and should fulfill that “why.” And it’s here that we realize that we are in fact standing alone together—all of us, the ones who don’t belong, making a place where we can.

Why “Normal” Has Never Felt Right to Me.

How to Love Ourselves—Even When it Feels Impossible.