Heal our Masculine, Heal our World. 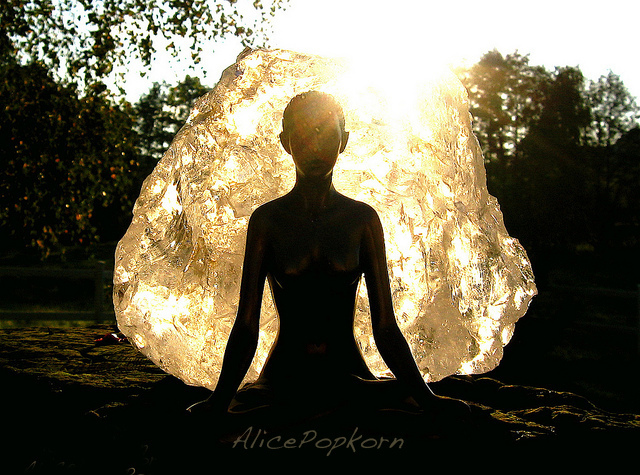 “It is all about the cooperation between the energies. Male and female energies have gone down together in a long and painful struggle. They will also rise together, for one cannot be balanced without the other. Now that the female energy is ready to rise from the ashes of humiliation and repression, there is an urgent need for a rebirth of the male energy. This rebirth of the male will become visible on a collective scale eventually, but it will first manifest in each of you separately, man and woman. You all are the keepers of these ancient energies within you, and it is your birthright to make their partnership equal and joyful.” ~ Pamela Kribbe

Every single one of us has two energies present in us—the masculine and the feminine; merged together they make up a singular energy.

You might have heard it being referred to as the “light,” “primal source” or “being.”

The masculine by nature is outwardly, goal-oriented and focuses on achievement. It lays emphasis on the creation and manifestation. This energy tends to separate us from the singular energy and attributes to our individuality. Whereas the feminine energy is holistic, boundless, encompassing un-manifest and is in essence representative of energy of the primal source. Ideally, we need both these energies to function in unison with one another.

At some point in the history of civilization, there came about an imbalance, which was perpetuated as time went on and is being carried within each of us, even now. Societal constructs allow women to embrace their feminine more naturally than men, or rather we are not judged too harshly for showing this state more openly.

It is challenging for men to slip into their feminine energy or to show emotion without the pressure of being labeled by words like, “be a man,” “toughen up,” “boys don’t cry,” “stop being a p***y,” or “grow a pair.” This is the type of gender policing we need to extricate and, quite frankly, set to flames. We have systematically beaten the feminine energy out of our men when they were young boys and have been doing the same to our girls as they become women so they can survive in a world skewed by the masculine energy.

I work in a largely male dominated corporate culture, but more importantly, I am surrounded by a highly charged masculine energy that is on display in varied forms—bravado, dominance and aggression. As a woman, I have had to “tone” down my masculine energy and recall having to adjust my posture to match a man’s when in meetings. And should I choose to rise in this exact form, their insecurities or aggression (passive, given the settings of being in an office space) found ways to pull me down.

This is pure ego at play. While I am largely referring to men, this was true of women as well. In those exchanges, they were operating with their bruised masculine energy that sought dominance and familiarity in how each sex has to show up in the world.

The collective pain we are feeling in our world today can be attributed to the un-nurtured and imbalanced masculine energy in both sexes.

Masculine and feminine energies depend on each other—they are not dualistic and belong in each other.

In the recent months, I have come across both men and women who are reveling in their feminine with a kind of celestial confidence; not only are they grounded in their sexuality but do so without apologies or worrying about commonly held gender stereotypes.

Even world leaders like President Obama and more recently, Prime Minister Trudeau have gracefully shown tears when they have been moved by a situation. When I witness moments like these, I find solace and a much needed reminder that the feminine is on the rise to bring about that balance we seem to have lost, leaving little room for the “old male energy” to be carried into the next generation.

We have to banish the energy wars that are being waged internally and manifesting as a reality. Look around you, carefully study any situation, and start with something small that is fraught with pain—and you’ll likely witness these energy imbalances at play.

As individuals what can we do?

We can start by putting ourselves in check when we show up in the world solo and find ourselves seeking only outwardly achievement, be it buying a car, a watch or house or getting that promotion or those new shoes. It means allowing ourselves to unite with our feminine energy—knowing her expanse and that she is here not to make us weak but to rise with a mindful and healed masculine. 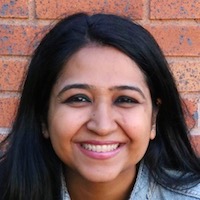 Neelam Tewar is an author, speaker, entrepreneur, mentor, poet, and spiritual teacher. She was raised across four continents, and New York City was her home for over a deca… Read full bio