Homesick for a Place that No Longer Exists. 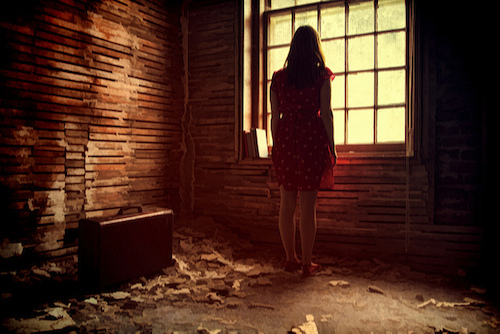 This isn’t to wax poetic over another one of life’s paradoxes.

It’s to confront something close to the lowest common denominator of being human. It is to share a newfound awareness, after years and years of difficult and disappointing visits, of where we’ve come from, and why for those of us who left, we could never go back. In the process, becoming at peace with the things we never made sense of.

Elegiac, in a way, because home is a hard bell to ring during the holidays. The idea of “home” has never quite registered in me, the way it seems so unequivocal for others. In my life, there had been places to live, stay, and shelter under, but none had been rooted with a sense of permanence. Home has often been a hotel room.

So, I feel a bit like a fraud talking about the conditions of homesickness, but I get the latter part of the sentence, that place that no longer exists. I know it profoundly, because I’ve been there many times over, and the take-aways have mostly been the same—echoes of the reasons why I left in the first place.

It’s a cruel thing, really, because being homesick necessitates a sense of romanticism, the very lovely thing that is cultivated through time, and slaughtered by the void that’s waiting for us. That void is all there is.

Home is a hard bell to ring during the holidays, because that’s a place where we are obligated to go back to. It’s the carol of the “should’s” and “should-have’s” of society. The kind of harmony that black sheep like us could never find ourselves in tune with. Yet, we are not without feeling. And that feeling, that’s the culprit of what leads us back to the place that no longer exists.

Are we homesick? Perhaps not by intention, but by default, then we are quickly disillusioned.

We became who we are through tears, blood, and sweat—the kind that is never experienced by those who have never left the nest. How much for an ounce of bravery? Because that’s what we are rich in, and if it weren’t for Brené Brown, I’d still be trying to make sense of what isn’t there, and trying to sink that void further into an anomaly. What I know to be true, with every fiber of my body, but haven’t cognitively made sense until now, is the following:

“Once we fall in the service of being brave, we can never go back. We can rise up from our failures, screwups, and falls, but we can never go back to where we stood before we were brave or before we fell. Courage transforms the emotional structure of our being…During the process of rising, we sometimes find ourselves homesick for a place that no longer exists. We want to go back to that moment before we walked into the arena, but there’s nowhere to go back to… Straddling the tension that lies between wanting to go back to the moment before we risked and fell and being pulled forward to even greater courage is an inescapable part of rising strong.” (Brené Brown, Rising Strong, p. 5)

What would happen if all of us read this before going home? I would imagine that the world would shatter a bit, that conventional comfort would be ruffled, and that there would be a lot of honest cries. There would be pain, hurt, truths, and then peace…and then light.

Because what’s transformed isn’t the place we left, nor the friends and family members who are “the same old,” it’s us. We’ve become darker than the black sheep that we were when we left, and what led us astray is now part of our DNA, part of our survival code. It’s difficult not to romanticize the past. It’s toxic to feed on fables.

I’ve often thought of homesickness to be an ailment of those who grew up in pampered homes, that the “outside world” is too tough an arena to continue to play in. But as the stamp collection in my passport grew, I learned that homesickness can be a form of grieving, of reconciling the loss, of coming face to face with what’s not there, so that we can finally grow up.

Growing up and going home—a set of paradox that we spend our lives on.

The only place I’ve ever truly missed is New York City. But like the millions of jungle residents, I’m not from New York. In fact, I’m not really from anywhere. In New York, I’m from Canada; in Canada, I’m from New York; in the city where I was born, I was labelled a foreigner by locals, and when I lived in Paris, I was “little Xiren sent by Mary Anthony of Juilliard, in New York.” I was from New York, before I even lived in New York.

“From” is such a cunning part of the vocabulary that is coloured by associations, personal bias, and interpretations beyond one’s own identification. If we have to justify, explain, and defend our “from’s,” we’re likely black sheep, alien. But let me tell you from personal experience, these are some of the best people to befriend and keep company.

Home is a Cupboard in my Mind.