I Broke up with Vulnerable Narcissism (& You can Too). 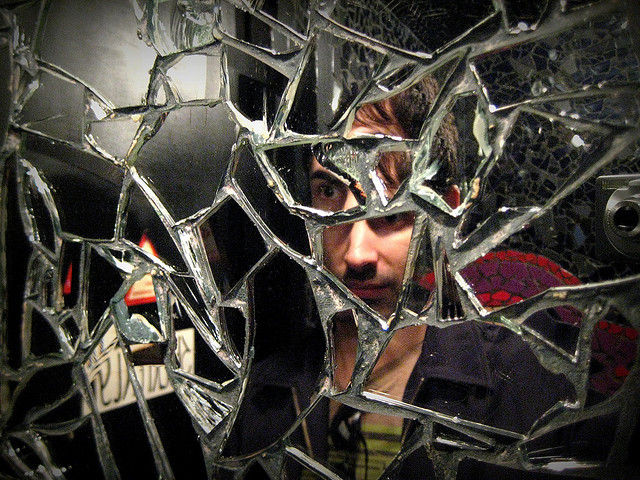 I’ve never been big on labels.

I’ve often fought against labels meant to box people into categories—as though it makes these individuals safer with an identifiable purpose, value and meaning.

I used to believe that my personal life was free of such labels until too many events transpired which were beyond my comprehension.

What is a vulnerable narcissist? This narcissist seems emotionally sensitive and appears helpless, anxious and victimized when people don’t treat them as special or unique. They’re preoccupied with fears of rejection and abandonment. You’ll find them overcompensating for their low self-esteem and sense of shame which often stems from childhood.

These patterns and beliefs worked as strategies for coping with neglect or abuse because they never felt safe and secure of their parents’ love.

I’ve written quite a few articles about a long term on/off relationship with someone who I felt was the guy for me. Through the pain and unending mixed messages where actions and words didn’t match, I learned I was responsible for choosing to be there—right smack in the midst of vulnerable narcissism.

He would make proclamations, show up on my doorstep and call me multiple times when I threatened or did leave the situation. He would also be the one to reappear in my life, over and over, promising it would somehow be different this time.

As the years went by, I learned how my anxiety was triggered from fearing abandonment. He would become unresponsive, distant and noncommittal; and let’s face it, this didn’t fit with my fantasy that he would wake up one day and become Prince Charming.

It’s been well over a year since I had any real contact with the fellow I mentioned. He continued to reach out, even once offering an apology. I figured if he really wanted to or even knew why he wanted to apologize, then he’d make a point of it.

Otherwise, it didn’t matter to me.

A little over a month ago, I was signing papers for a house and he called me. I couldn’t believe it. I knew at a core level it was not about me, it was about him, so I ignored it.

He immediately sent a text stating it was important I speak to him. I messaged back I was busy. I could feel a bit of anxiety, unease and fear in my speaking to him, but I didn’t want to admit it—that came a couple of days later.

Meanwhile, he was impatient and sent a message a few hours later asking if I wanted a roommate. How weird, right?

I told him to go to Craigslist and to leave me alone.

He didn’t leave me alone.

It dawned on me that every time he contacted me—whether I was in or out of the relationship with him—I’d always have a sense of unease, as though there was some impending doom. In the past, rejection, pain and disappointment would inevitably show up stemming from contact with him.

I made a choice.

I needed to speak my truth. So, I sent a message to set a time to talk, because I had something to say.

The conversation started with my explaining the reaction I had to seeing his name on my phone, which usually signalled my gut to double over, because bad news was coming. I didn’t want to feel this way and hoped by saying something out loud my brain would hear and he would stop being a trigger.

Know what I mean?

Most of us instead will continue having a conversation in our own head rather than get it out.

So, this guy tells me he has changed. He realized he was extremely selfish in the past and he’s now living a life of care and honesty.

I ask, “Why did you ask me if I needed a roommate?” He tells me we should meet for dinner and catch up. He says he feels it’s time to move on finally and be available to a real relationship, to living his life on his terms.

I had heard these words so many times over the years as I’d walked away from him…never any action.

How strange to hear it now.

He then goes on to tell me how he thought of me as the perfect person to live with, how nice it would be and that gee, he had fallen in love with someone else.

In the four sentences or so I allowed him to speak, he told me he was in a state of severe attachment to a woman who was abandoning him. He felt the relationship was over and yet, he couldn’t let go. He mistook it for love and felt if he showed her action by moving in with someone (me, a person he used to sleep with and supposedly love), she would stay with him.

It was mind-blowing and wrenched the heart a bit, because as I asked a couple of questions, his answers invalidated the past. His old proclamations of our being soulmates, and other words, hit me upside the head.

What I had given meaning to no longer held any at all.

And his complete lack of comprehension about my feelings was stunning! I couldn’t wrap myself around it and it took a bit of time to finally process and see the truth I had not wanted to see throughout the relationship.

My childhood had left me searching for men who were distant, so I’d be distant. Relationships where I worked super hard chasing breadcrumbs of love so I could eventually feel in control. I had a lot of f*cked up ideas around love and relationships, until—thanks to this man—I no longer held illusions about my own sh*t.

And in the final analysis it included anything I held as precious from my time with him.

The vulnerable narcissist label came recently, because the whole fictional story he built was based on his fear of abandonment, his anxiety, his need for attention.

I finally saw the pattern clearly.

Did he leave me alone? Nope. He tried calling me and texting later that day, after this conversation. I deleted it all.

I didn’t feel anxiety or any emotion that triggered me. I thought about how I had tried to make the abnormal into normal for so long. I saw my beliefs as a child, which had me believing I had no worth and therefore looking for a mirror image of this form of narcissism until finally, I woke up to myself.

Most who find themselves in the midst of a tug-o-war with any form of narcissism can find it difficult to not only find their balance but to feel sane.

The three major shifts which changed my relationship with both men and my own self were:

This list helped guide me towards a happier, more secure and healthy relationship with myself.

May it be of benefit if you find yourself in a similar situation.