Letter from a Veteran: A Question of Honor. 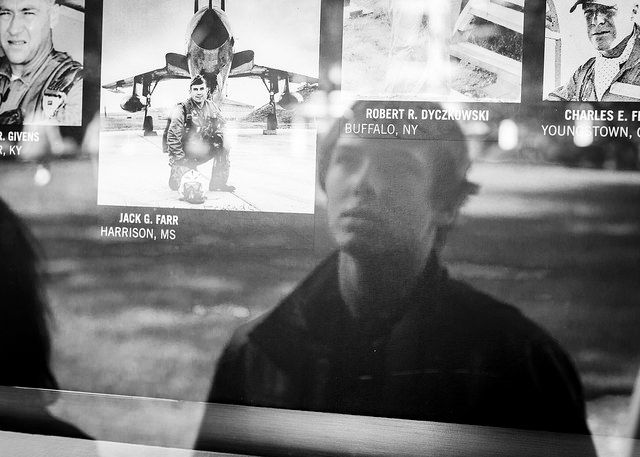 Let me begin this reply by saying thanks to all who had something positive and supportive to say in response to my Veteran’s Day article, Letter From a Veteran: I Didn’t “Serve” Our Country, So Please Stop Thanking Me.

I’m overwhelmed by the number of people who read it, and even more so by the generally positive feedback and support that I’ve received.

I also want to thank everyone who took the time to share their reservations and objections to it.

I’m somewhat reluctant to engage with specific criticisms, for several reasons. First, because the piece was intentionally provocative, so it’s no surprise that some people were provoked. Second, because I don’t want to get bogged down in debating specific points that detract from the main thrust of the discussion.

Third, because I don’t want to come across as defensive.

And finally, because I don’t want to feed the trolls.

Having worked with writers and publishers, I have learned that there is little to be gained from replying to critics—and especially not to take umbrage at what they have to say. So, for example, it would not only be petty, but also incredibly naïve of me to be upset by the person who suggested that I did not serve honorably.

As someone else said, “that’s his truth.”

It’s a truth in the very strictest sense, but it ignores many important factors—most of which could not be known by the commentator. It ignores the fact that the Navy recruiter asked when I went to sign up if I had ever smoked dope. When I said yes, he asked me how often in the past two years. I asked if he would be happy if I just counted how many days, or did he want to know how many times a day too. He wasn’t sure, so I said 600 for a nice round number.

I did not tell a lie—I did the honorable thing.

They let me in anyway.

It’s a truth, but one which misses the point I was trying to make about being dupes of a manipulative system defined in double speak, wherein honors are often rewarded to very dishonorable conduct; where following orders is more highly respected than following one’s conscience; where conforming to group think is more honorable than thinking through moral consequences. Almost 70 years after the Nuremberg trials, in which US military judges decreed that “just following orders” is not a valid defence against charges of crimes against humanity, just following orders remains the only “honorable” route in the US military.

As for my story not being “everybody’s truth”—well, yes and no. Certainly the drug use is not everyone’s truth—although from Viet Nam in the 1960s until Reagan introduced random drug testing around 1982 it was very commonplace.

But leaving that aside, it is everyone’s truth that the US military serves the interests of the corporate capitalist military machinery rather than the interests of the people. It is everyone’s truth that the only people who benefited from the Gulf Wars were the investors in Haliburton, Blackwater, McDonnel Douglas and the myriad other corporate suppliers and contractors who reaped billions in profits, left the US government trillions in debt, and killed millions of Iraqis and Afghanis, as well as a few thousand Americans and their allies.

Cultural and moral relativism may be some people’s truth, but it is not the truth.

As for my dislike of capitalism, the word limits for journal publishing prevented me from explaining that I grew up as an Army brat, in a world of career soldiers who lived their lives in defence of the American ideals of truth justice freedom democracy and the free market. It was only when I moved out of that ideological bubble and tried to live by those principles as a functioning member of a capitalist society that I learned how deeply compromised those ideals are.

Military careerists are all well aware that there’s something wrong, but tend to identify the culprit as the few “bad apples” who get elected. Out in the “real world” though, it becomes painfully obvious that the barrel is itself quite rotten, and it becomes a source of endless wonder that any of the apples remain unblemished.

To be sure, there are countless small business people who run ethical concerns, looking after their workers and their communities, ensuring that environmental and moral concerns override the profit-motive. But they, like their serving military counterparts, are very small fish in the waters of corporate capitalism.

They are literally the “nice guys” who “finish last.”

The evidence over the past three decades is overwhelming—the middle class in America is shrinking; the 1% are accumulating an ever greater proportion of the wealth. This is the inevitable result of unfettered capitalism, which can only continue to run unchecked because so many “good apples” continue to be blinded by the obfuscation of those ideologues who maintain that capitalism IS the democratic way, as is US military adventurism. My dislike of capitalism has nothing to do with the small business women and men trying to make their way in the world—just as they have almost nothing to do with the forces of capitalism, being merely minnows swept along and gobbled up in its wake.

Finally and most importantly I want to thank Captain Pam for taking the time and opening up to us. You are the reason I have ignored the sages who say do not reply to your critics. Your commentary goes right to the brink, steps up to the edge, acknowledges the rotten barrel—and then backs away from accepting the consequences of what that means for you, personally. Maximum respect. It is incredibly difficult to admit to having made a mistake.

It is much easier to delude ourselves with piles of ideological BS, to cover over the past, to deny culpability and responsibility. I am grateful for your admission that you saw things that call into question the moves you made, the sacrifices you gave; for acknowledging that these are questions that you will have to live with.

But they’re not. They’re questions that you know the answer to.

Take that one step further.

You were duped. We were duped. We have been led astray, led up the garden path, into a blind alley, and ordered to do things that were immoral and unconscionable. Perhaps as a nurse you can hold your head high and maintain that you only healed the sick and injured.

As a Hull Maintenance Technician, I only made sure that the ship stayed afloat, that the fire-fighting equipment worked properly, that the plumbing functioned. We were cogs in a corrupt and duplicitous machine. Unknowing and ignorant.

We cannot be blamed for having followed our leaders.

But now that we know that, we must take responsibility for calling it out. Or else we will be to blame for the next generation of deluded dupes carrying on the mission of the corrupt and duplicitous machine.