My path toward Fullness: How I filled the “Hole.” 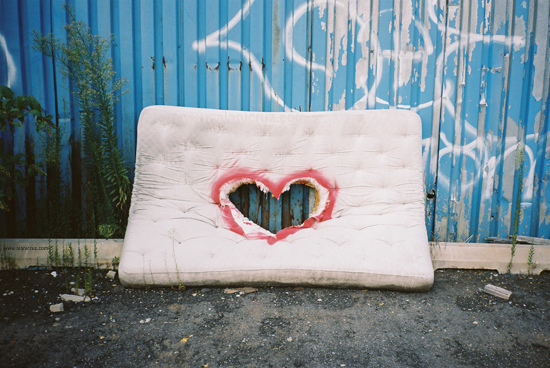 I believe I was born with a built-in hole inside of me—when I was tiny, the hole was tiny too, I bet you couldn’t even tell it was there, but as I got older and taller, the hole began to grow. It had only one purpose and need: to be full.

As a baby, it didn’t take much for the hole to be satisfied. Simple things like a long nap, a good burp, the smell of my parents while being held tightly; that would be enough to do the trick.

As I started to grow older, the hole and I began to experiment. We tried everything we could to see if it would fit. And temporarily, it would: playing with friends in the park, ice cream on a sunny day, staying up way past bedtime chatting with my sisters. Most of the time, that would do the trick too.

The hole wasn’t too demanding then, I didn’t spend much time thinking about it. It barely interrupted my day-to-day activities. And, although I wouldn’t identify it until much later, I knew it was there—something inside of me, a little bit of emptiness. A longing, if you will, for something to make me feel whole. Full.

It wasn’t until my teens that things began to get tricky.

I’d like to think it was because this is when the hole got hormones too. It almost drove me nuts! It definitely drove my parents nuts. It would go from quiet to screaming at the top of its lungs (although it didn’t have lungs, but let’s pretend). It wanted everything and anything to feel full. None of the old tricks would do and out of pure desperation, I started to get creative. I fed it cigarettes (eww), extreme diets and rebellion. The hole wasn’t full. But, like my family and me, it was confused. And that kept it busy.

This was the first time ever the hole started to hurt.

Growing up, I’d like to think I’ve become a little bit wiser. For starters, I don’t feed the hole anything that causes cancer or hurts my body anymore. I’ve learned to do better than that. For a while, I tried feeding it yoga, organic food, romantic relationships. Sometimes I would throw in your approval, what I thought you thought of me and financial success. Although this was a much better strategy than what I did in my teens, it didn’t make the hole go away. It just kept it busy for a lot longer.

A tireless seeker, over the years I continued to try and find the healthiest ways to deal with the hole. The first breakthrough was acknowledging it was there in the first place. The second was making peace with it. And the third was to continue searching, trying and growing without being too concerned about the needs of the hole. I decided to be more concerned about my needs instead.

And so I have for many years now.

The decision to focus on my needs was accidental. It started when many years ago, a trusted friend and mentor asked,  “Would you treat your five-year-old self the way you are treating yourself now?” That comment cracked open something inside me that changed everything. That night, I went back home and found a photo of me when I was a five years old. I put it in a frame in a place where I could see it daily. Five-year-old me became my reminder and my teacher. I wanted to do nothing but treat that little girl with love and kindness, and that love could only come from me.

I didn’t know it then, but this was the beginning of my path towards fullness, with lots of help along the way.

It’s not until recently that I’ve realized I’ve felt full for a long time. I had my suspicions as to what could be doing the trick, but I didn’t spend much time thinking about it. Perhaps it was something to do with being in my mid-30s? Or looking after my inner child? Whatever the reason, I knew knowing wouldn’t make much of a difference. So I let it be.

And then one evening, it finally clicked.

I was sitting in a chair listening to a young woman talk about her life. She used different words, the timelines were off and the scenarios were different but she described growing up with a hole inside of her—the same hole I spent so much time trying to feed. Like me, she had also found—through trial and error; fun and pain—ways to quiet it down. And today, she was full. She shared a metaphor of a spider. I don’t like spiders but I really liked this metaphor.

Spiders carry their home inside of them, and can take it with them wherever they go. They don’t seek for things on the outside or other spiders to feel whole—everything they need to survive and thrive is inside of them.

And that’s when it became clear: the reason I have felt full (for the most part) for years is exactly that—I had given up on finding things on the outside to fill me up.

That only worked until it didn’t. I couldn’t fill the hole with people, things or ideas. It had to come from inside of me.
I will likely always have this hole, this need to feel full. And I don’t always do it perfectly, but I think I might have figured it out. And although teenage-me would barf if she knew I was saying this, for the sake of my teacher and five-year-old self, I am going to go ahead and say it anyway—self-love.

Complete, unconditional, radical, kind, forgiving, imperfect, forgiving, self-love—that’s the stuff that makes us full. That’s the thing the hole has been looking for all along.

The thing about self-love, is that it only needs a small start, a planted seed or spark. For some of us, a photo, a conversation with a friend or a memory will suffice.

Whatever the start, I know if I nurture it, it can’t help but grow. I’ve learned this along the way. That’s self-love’s purpose. It’s desires nothing more than to expand and fill up every space possible.

Today, I regularly practice doing both. And because of that, I am full.

So what has changed by being full? Lots!

Because I am full, I can dedicate time and attention to the things that fill me up in other ways and actually make my heart grow bigger. Like being a wife, showing up as a friend, sister, aunt, mentor. Also, doing things that scare me daily, pushing boundaries, honouring creativity.

When I come from a place of fullness and focus on the inside, everything on the outside falls into place. 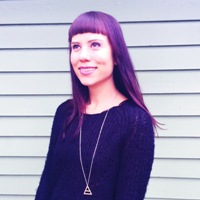