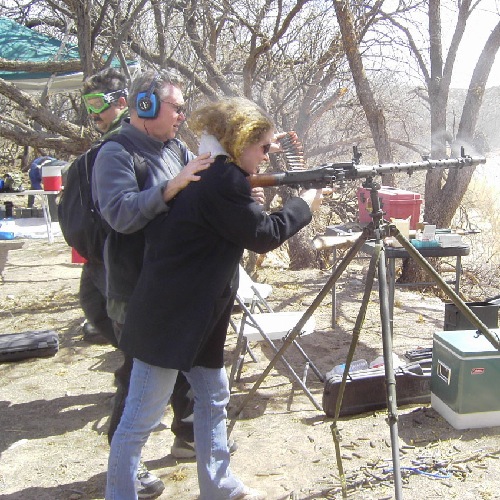 Tina with her father Jon

Due to my unusual upbringing in two countries with a father who is a former hunter turned international gun expert, I was confronted from a young age with the two very different gun cultures in my home countries—the U.S. and Germany.

In Germany, very few people own guns and very few shootings occur. Guns just aren’t part of the culture in Europe unless you are a hunter or collector. Like my father, these people go through a rigorous licensing process. Approximately 0.18 percent of the population in Germany legally owns guns. In the U.S., over 30 percent of households do.

I knew not one single kid in my German school whose parents owned a gun. No one there talks about guns because most people just don’t care about them. Young boys don’t typically wander the woods shooting squirrels like my dad used to back in upstate New York.

I am generalizing, of course, to reflect the general “vibe” I experienced in my 15+ years living in Germany. At school, I was definitely the “American weirdo with the guns at her house.” My father was a wildlife conservationist in Africa, where people carry guns for protection from dangerous animals. In his older age, he morphed into a historic weapons nerd regularly featured in magazines and on the History Channel. He can talk for hours about the artistic, technical and historic complexities surrounding rare old rifles.

After a school shooting that happened in Germany when I was a teenager, this already strictly gun controlled country chose to tighten its gun laws! Imagine a place where all citizens demand stricter gun laws after the first major shooting!

Of course my father, although a firm believer in gun safety and licensing, was nervous for a moment because his little basement history museum complete with beautiful handmade rifle displays was his baby. People from all over the world would come to our house to see his collection and chat with him.

As a result of Germany’s gun reform, aside from required psychological evaluations and home inspections, gun owners had to buy an expensive government approved safe for guns to be locked up at all times unless being used by the licensed owner. Having no license to obtain ammunition because he no longer even shoots, dad was a little bummed to have to put his babies away. But everyone got used to it.

Being born in Arizona which has a big gun culture, my brother and I were taught to shoot small rifles and training hand guns. I was good at it and enjoyed shooting at targets, but I never wanted to shoot an animal so I didn’t see the point. I spent many hours of my childhood at gun shops and gun shows watching my celebrity father sign books and keenly observing the bizarre spectacle of how Americans shop for firearms.

At age 21, I had the privilege of shooting fully automatic machine guns with a group of collectors deep in the Arizona desert. These people were really passionate about the technical aspects and the sport of shooting. I still had no interest in owning guns and felt that licensing requirements should be rigorous. Like in Germany, where roughly 70 people per year get shot, versus 30,000+ in the U.S.

But aside from strict gun laws and a lack of gun culture, we also had something else—Real Bromance. And a society that offers people help when they need it (e.g., free easy mental health support for children). And prioritizes time off and travel…and education and healthcare and the environment and families and fresh healthy food. You see the pattern?

One thing that I have been observing in the U.S. is the often shallow nature of people’s relationships (especially straight men) because we are afraid to show vulnerability and go deep (what I would call “real bromance”). This keeps us forever thinking that we are “fighting this fight” on our own. (What fight? Life is a blessing!)

I’ve especially observed this with men who in U.S. culture are still trained to think they have to figure everything out alone and can’t show weakness because “men don’t cry.” Gender roles are still old school here compared to Western Europe. I believe if we want to stop massacring each other, we need to learn how to love instead of fight. It’s going to take time and commitment. We need to stop being addicted to all this partisan political sh*t and the anger it fuels in us.

Men need more bromance. The real kind. With eye contact and hugs (and maybe even some tears). Our society is based on fear and separation instead of compassion and kindness. When I, a half-German liberal environmentalist yogi, shot machine guns in the desert with Republican gun lovers, I listened to them and considered their perspective and even changed some of my radical views a little. I was vulnerable instead of defensive with them and they with me and it helped us increase understanding. They went from being suspicious about me to showing me how to shoot AK-47s and historic aircraft guns, something that even U.S. military personnel will never get to do. It was honestly exhilarating. That day in the desert becoming closer with people who are totally different than me was incredibly important for my understanding of the world.

Even if this country ever does revise legislation, we aren’t going to get anywhere if we don’t start supporting healthier families, better education and real deep human connections. So read to your kids tonight or take them out for an adventure. Be patient with them and listen. Not just to their words, but to the many subtle messages they send you!

Support them even, and especially when, they are frustrating teenagers. Get help if you need it. I know you might be more into painting with your kids than shooting, and so am I. But just because something isn’t what you and I do, doesn’t make it inherently wrong. I have met many healthy families that do things I would never do, e.g., the dad takes the sons hunting, fishing or dirtbiking—it’s their bromance time, their time to connect with nature and get real. And it’s okay!

Show some vulnerability and be surprised at how well-received it might be by your friends and family when you look them in the eyes with sincerity. If not, that might be their problem. Go hang out with people who have completely different views than you and have an open vulnerable conversation.

To really solve our gun violence problem, we need to get to the roots.

Two Mass Shootings in 24 Hours: Welcome to Our New Normal. 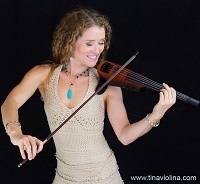