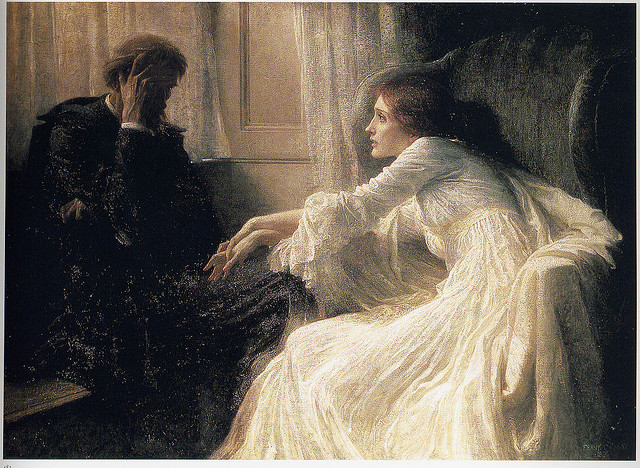 “Nothing haunts us like the things we don’t say.” – Mitch Albom

In my family, there is very little left unsaid. The Italians say it like it is whether you want to hear it or not.

I used to pride myself on my candor. No bullshit with this Jersey girl. I would tell you like it is. Wore my heart on my sleeve. Didn’t hold a single emotion back.

But that only worked for so long before I got burned. Many, many times over. Hurt feelings. Angry friends. Broken hearts. Shattered egos.

I learned certain feelings were wrong. I wasn’t allowed to have them.

So I retreated behind my wall of truths and started suppressing everything I was feeling. I was scared to say the wrong thing. Scared to admit to feelings that didn’t “make sense” or feel justified to have. I repressed. I stuffed feelings down.

I repressed so much for so long that my body completely gave out when I was 34 years old. I had to take a leave of absence of work to get my health back.

What I got back during that time, though, was something entirely different. I got back my voice and my sense of self.

When those things didn’t line up with what I was really feeling inside, I was forced to do some deep soul-searching to figure out what I really wanted—and learn how to express that to the people in my life.

It was one of the lowest points of my life, but it served as a valuable lesson in the years to come that repressing feelings doesn’t serve anyone…mainly myself. Who wants to live a life having to hide who they truly are?

Because I spent two decades trying to get my needs met by being passive aggressive—not saying what I truly wanted or needed and expecting people to just know—I can spot it a mile away in other people. I have so much compassion for them. I want to shake them and scream, “Just be yourself! Speak your truth! Express what you need! How do people know if you don’t tell them?”

We really do an extreme disservice to the people in our lives when we don’t say what we mean and ask for what we need. Being a martyr and holding onto resentment, continuing to make comments under our breath with our partners that we’ll just “do it ourselves”, or complaining that “nobody understands how I feel” is never going to get us what we want.

Feeling like we have to project a sugar-coated “positivity” facade to the world on a daily basis when we’re not feeing it gets exhausting.

I recently had a colleague tell me that I was an inspiration to her because I have the courage to speak and walk in my truth.

I wanted to tell her I hadn’t been doing that of late. I was starting to slide back into that 34-year-old body.

I have not been walking any truth the past few months. Only repressing feelings in an effort to stay positive, prove to people I am strong, be of service to friends who need me, not allow myself to feel what is really there, not admitting to feeling resentful, unloved, lonely, lost, sad and alone.

What kind of truth was this?

Ignoring feelings is never a solution. Own them. Embrace them. Speak from your heart.

Yes…it takes courage. And you may piss some people off. You may have to have some really uncomfortable conversations you’ve been putting off.

But the freedom of not carrying the weight of it anymore will bring a lightness to your whole being you can’t imagine until you actually do it.

A close group of friends of mine spent an amazing night together over the Thanksgiving week speaking our truths. There was no holding back that evening. We set intentions going into the night of what we wanted to release and then trusted each other to listen, not judge and help us process feelings we were struggling with.

I was very real that night with that group of friends. I talked a lot about shame. About fear. About my anger. About love. About what my heart yearned for and really wanted. My heart was open and my ego was non-existent. It felt like I had unloaded a backpack full of heavy rocks I had been carrying.

My friend Anthony shared, “I grew up my whole life thinking I could be wrong for how I felt…When I came to the realization that we aren’t wrong for how we feel, it changed my life. That was the beginning of me having a real sense of self. I get to say how I feel and what I want without thinking I’m wrong.”

For the first time, I could breathe again. I held no expectations of how my friend would react. I just released what I was carrying.

We can do this slowly. In pieces. Maybe a little at a time until we build up the courage to say it all.

I could not say everything I wanted to my friend in that moment. There is still much there for me that I’m carrying. That I want to express. But our hearts know when it’s the right time for someone to hear something.

Listen to yours. Express what is truly there for you. There are no feelings that are wrong.

There is just what is in our hearts, which is our truths. And all of these deserve a voice. It’s an expression of our authentic selves.