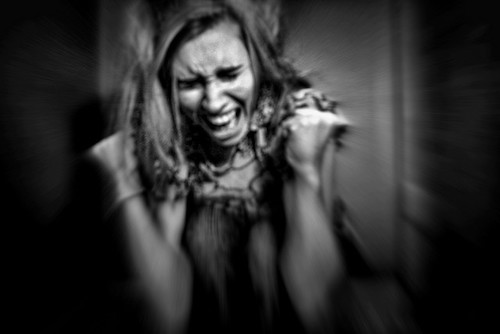 How many toxic people do you have in your life?

You know the ones that perch there, seemingly innocuous, but in reality they’re having a silent but deadly effect? A bit similar to cholesterol really, you don’t experience the impact on a day-to-day, hour-by-hour, minute-by-minute basis, but you just know it’s corrosive effect is quietly creeping up on you.

Toxic people come in all shapes and sizes, all types and variations, one person’s toxin might be another person’s elixir.

I have certainly known many toxic people, and they’ve existed within my friendship circle. In fact, at times, I may have even been toxic for others.

But how do you recognize them?

Some are easy to identify, and others are more toad-stool-esque in their appearance, growing away in the darkness, not yet brought into light.

(Take note, those are the one’s multiplying!)

Here are seven toxic friends, (based on the seven deadly sins), and seven ways to turn them from toxic friends to friends of the elixir variety.

You may very well be stocking some of these ghouls in your own reservoir.

We all have an envious friend.

The one that pretends to be really happy for you, but deep down she’s burning an inferno of Dante-esque proportions against you.

Let’s face it, we all experience the odd spot of friend-envy, but it usually stays within check. The envious friend goes that step further. It becomes quite clear that she might spontaneously combust when you mention the dinner party you had last night, the dress you bought on the weekend or how wonderful your partner is.

Recognizable catch-phrase from an envious friend:

“I’m not a jealous person. I’m not jealous of anyone.”

(When these words are uttered, a slight facial twitch will appear, and a poorly concealed maniacal expression.)

Elixir: Call them out.

“Hey, you look kind of uncomfortable when I’m talking about (blah)? Why’s that?”

At the very least, they’ll be aware that their concealed jealousy is not so concealed after all.

In fact, they would much rather go to the grave than admit that anything in their life is amiss or that they might have inadvertently made a mistake.

Pride is their mantra. They’ll never reveal themselves as the human beings they actually are and as a result you’ll never be able to empathize, sympathize or connect with them on a human level.

Elixir: Concede something not so perfect about your life. Often an omission leads to another omission (hopefully from said proud friend) and before you know it you’ll both be baring your souls unreservedly.

By gluttonous, I’m referring to anything which falls into the binge category, whether it’s food, alcohol or any other form of general debauchery. Every time you encounter this friend it’s almost one hundred percent certain that debauchery will go down and you’ll then spend the next week, year or maybe lifetime, trying to recover.

Recognizable catch-phrase from a gluttonous friend:

(Uttered with a shrill, excited, infectious tone, which instantly wipes any hangover fears from your mind.)

Elixir: Bring a friend of the prudish variety with you on all occasions when you might chance across the gluttonous friend. The two of them will act like a polar opposite magnetic field and nullify their effect.

The wrathful friend always seems to be angry with you but you’re not quite sure why.

“What did I say again, to make them go into such paroxysm of anger? Why am I listening to this tirade?”

And finally, of course, you end up apologizing because there’s no other conceivable way around it.

“How could you do that? Didn’t you know how upset that would make me?”

(You have no idea what they’re referring to.)

Elixir: Don’t apologize. Instead, calmly point out your rational story, and have no part in the emotional debacle.

The greedy friend wants it all. They are the emotional vampire friends that literally might suck the life right out of you.

They want your time, your energy and sometimes, even your money. It’s all about them, and it’s as though you’ve been put on this earth simply to make it a better place for them.

Recognizable catch-phrase from a greedy friend:

(Said with a sorrowful, intense, searching look on their faces.)

Elixir: Avoid at all costs. Unless they look like the cast on the Vampire diaries, in which case you might cut them some slack from an emotional vampire perspective.

Nothing ever happens when slothful friends are around. They somehow always talk you into staying in, watching a movie and eating pizza.

They’re not people of action, and around them, neither are you. All of that goal setting and planning goes out the window, and instead of reaching for that dream, you end up reaching for that sauvignon blanc on the sofa, lamenting your woes with them.

Recognizable catch-phrase from a slothful friend:

“Why don’t we just stay in? Some pizza, vino, maybe a rom-com—who wants to go out anyway?”

Elixir: Only see them on your planned nights in so you can enjoy the couch potato time sans remorse.

Lustful friends are sometimes a friend, and then sometimes a lover, and you can never really figure out how you feel about them, but they somehow manage to block every other conceivable relationship, leaving you in a perpetual state of single-dom with no other comfort than the lustful friend.

Recognizable catch-phrase from a lustful friend:

Elixir: Really consider whether you need this person in your life, otherwise, you may never meet a new partner ever again!