The Billionaire’s Dilemma: How to Eradicate Poverty.

Last night I was up late reading the most recent news headlines.

More mass killings, this time in San Bernardino county and more billionaires (this time Mark Zuckerberg among others) signing a pledge to give away large chunks of their fortunes to charity.

In 2010, Bill Gates and Warren Buffett challenged fellow billionaires to give away at least half of their wealth. Since then, more than 100 billionaires have signed the “Giving Pledge.” For a moment, I felt this deep sense of relief. Here we have the 31-year-old man who started Facebook at such a young age, being so selfless. What an example he has become for the world.

It’s hopeful and inspiring to read about all the individuals and families who have amassed huge pockets of wealth and choose to give it away. The decision is viewed by some as charity, and by others as just another way to take advantage of tax loopholes.

They claim to want and use their money to cure disease, improve education and create more clean energy. But, the fact that they get to invest in what they deem most important, and that these billionaires will be shaping the conversation around development and what is good for humanity, while others (especially those living in poverty) have little to no voice, is unsettling.

Supposedly, these billionaires have found a deep connection in their hearts for strangers with whom they share the world. They recognize our common global predicaments. They envision a safer world for their children and future generations. They realize that the same solutions to old problems are still not working. It is a powerful and commendable gesture.

While they are trying to eradicate poverty by giving away huge sums of their fortunes to charities, I can’t help to wonder: what is the real solution?

I know a lot about non-profit groups. I started one in 2000 that I still run with all the passion and heart I had 15 years ago. But it is always an uphill battle. As necessary as the work of a non-profit organization is, I’m going to venture to say that every non-profit is inherently reactive. Even the charities with the greatest intentions are reacting to societal problems caused by broken, mislead and corrupt systems.

My question for the world is: when will these billionaires pull together their enormous wealth and use their influence to finally make poverty illegal?

When will we crack the code and re-program the institution so that compassion and equality are built into the “system?”

This way, we wouldn’t have to rely on the Buffetts or the Gates’ of the world to convince their billionaire friends to give away massive amounts of money.

Instead, we could create a structure that doesn’t require “charity” to begin with. The Billionaire’s dilemma is that in order to eradicate poverty, they have to indeed make themselves extinct.

My heart is heavy with the continued shooting and violence in our world; at the same time, it is hopeful with the great philanthropy being pledged. But, my mind still feels the real solution is something that is rarely being talked about. 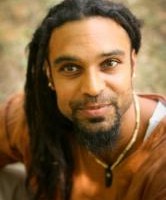