The Real Problem with “Guilty By Social Media.” 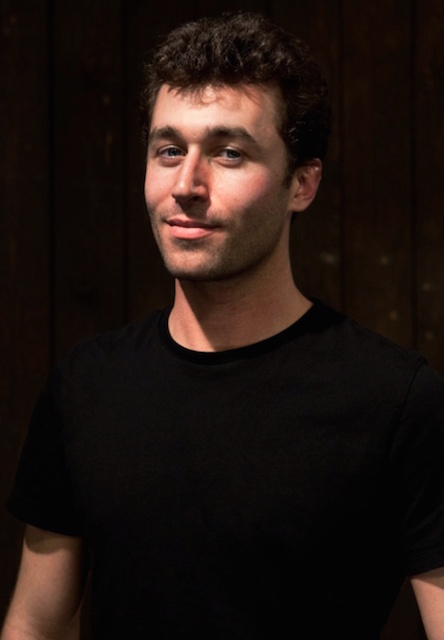 Less than 48 hours ago, I had only the vaguest idea who James Deen was.

Every time I heard his name, I immediately pictured the 1950s movie icon from such classic movies as Rebel Without a Cause and Giant. However, unlike the latter, the former’s movies aren’t ones you’d find on Netflix.

Deen is an adult film star who, besides starring in numerous skin flicks, was also Lindsay Lohan’s co-star in the 2012 mainstream movie The Canyons. While the film bombed with critics and audiences alike, Deen received praise for his performance. There was even some speculation that he could cross over into “legitimate” stardom.

However, as of this week, that seems unlikely.

Indeed, Deen may have difficulty finding employment even in the adult film industry given allegations by three former co-stars that he raped them.

The allegations began on Saturday, when the adult film star Stoya tweeted, “That thing where you log in to the internet for a second and see people idolizing the guy who raped you as a feminist. That thing sucks.” She shortly followed up with another Tweet that said, “James Deen held me down and f**** me while I said no, stop, used my safeword. I just can’t nod and smile when people bring him up anymore.”

Shortly after that, two other women, Tori Lux and Ashley Fires came forward with their own allegations of rape at Deen’s hands.

Despite Deen’s denial that he ever raped anyone, the reaction from the adult film industry and the media was swift. Deen was forced to resign from The Adult Performer Advocacy Committee while the film company kink.com said they ceased all ties with him as both a performer and a producer. He also lost his job as columnist for the woman’s lifestyle site The Frisky, and the allegations were covered by several so-called serious news sites, including The Guardian, which noted that before the allegations surfaced, many regarded him as a feminist, and he was known for his charity work with breast cancer prevention. There are also hashtags appearing on social media like #solidaritywithstoya and #standwithstoya.

While some are praising the response, the whole thing makes me feel a little uneasy.

It may be surprising to some, as I am not only a feminist and sexual assault survivor, but also someone who supported the women who made allegations about Bill Cosby.

Why should I feel uncomfortable about this?

The reasons are complex.

As I recently discussed, it has been a year since Rolling Stone magazine ran its now infamous, now discredited piece, “A Rape on Campus” about the alleged gang rape of a co-ed identified only as “Jackie.” I remember the hashtag, #standwithjackie, and I remember the fallout that occurred once investigations by The Washington Post, Charlottesville police department and others uncovered gaping holes in Jackie’s story and came to the conclusion that there was absolutely no evidence that a rape ever occurred.

Most of all, I can remember the anger and confusion over the mere possibility that someone could ever fabricate a story about being raped.

However, while rare, false rape accusations do happen.

While that shouldn’t be a controversial statement, it nonetheless is—at least with many.

Indeed, there was outrage on various chat boards when a few commentators suggested that perhaps the public should wait before branding Deen a rapist. There was similar outrage over the suggestion that perhaps social media wasn’t the best place to try and convict people accused of crimes—especially serious ones like rape.

Some responded, “Well, should victims just stay silent? Their voices deserve to be heard.”

They are right, but so are those who argue that it is important to wait for the facts before trying to convict someone on social media.

I read at least a few media reports comparing this to the Bill Cosby situation, but it’s not the same. In that situation, many of the women making the claims had shared their stories with others for years and tried in vain to bring them to the attention of the media. In one case, a woman even brought a civil suit against Cosby, but the story largely flew under the media’s radar at the time. Plus, in his case the sheer number of women making remarkably similar claims made even some of the biggest skeptics think where there was smoke, there must be fire.

So does that mean that we should only believe and support people if there are others out there with similar stories?

No, it does not. In Deen’s case, he has three women claiming he sexually assaulted them.

However, there still needs to be more information before he is publicly condemned as a rapist, especially since he has not been formally charged or even investigated to date.

If I were friends with these women and they confided in me, my gut reaction would be to believe them and try to help them any way I could.

However, the media can and should be held to a higher standard. When we don’t investigate claims and see if there is anything to back them up, and then have a story fall apart like it did in the Jackie case, the real losers are ultimately those women (and men) who have been sexually assaulted and are not believed.

I remember remarking to a friend shortly after the Rolling Stone piece was retracted that it was a gift for rape deniers, and sadly, if some of the comments I saw on social media are to be believed, it was.

In the Deen case, I don’t know or pretend to know if the allegations against him are true. If they are, then I hope his victims find justice, and his being dropped from various employers does seem like just desserts. If he isn’t, however, then I don’t know how his reputation will ever recover.

Hopefully, though, the media covering this will keep the lessons from Rolling Stone in mind, and even the most opinionated of commentators will agree that when it comes to doling out “justice,” social media isn’t the place to do it.

Bill Cosby’s Own Words are Damning & Yet the Headlines Refuse to Use the Term Rape.

Bonus: Tired of your social media? Shake things up!