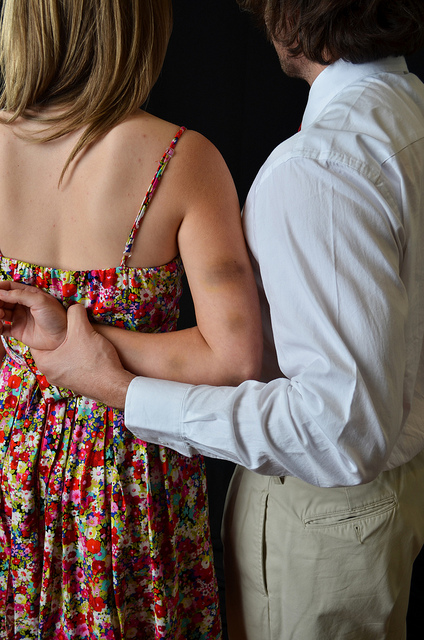 For a drama to play out, there are often three sides to the story:

The victim.
The aggressor.
The rescuer.

One would hope there’s a rescuer. These archetypes don’t need a lot of clarifying.

But there’s subtleties to each and, for fear of saying the victim is “asking for it,” let’s still look deeper at that very triggering possibility of the victim making themselves a target.

Ninety percent of communication is non-verbal—it’s how we can understand a baby, a dog, the subtext of a conversation. If a “victim” not only projects the submissive body language that tells an aggressor: “I will shrink if you attack me. I won’t make a fuss. I won’t tell on you,” they may also tell a superior destructive force: “Yes, I am your counterpart.”

So what is it that the quiet individual gains from attracting aggression?

Now, we don’t want to say “attention” because that is surface level and has a stigma. But there may be a comfort in certain forms of negative attention that a victim has grown accustomed to. If someone’s comfort-zone is say “a father’s love” demonstrated in a concerned anger, then they may be attracted to men who are easily frustrated and who have difficulty showing care in other more tactile or supportive ways.

This meets the victims’ needs in feeling loved—in a way that they understand. There are many formulae to this paradigm:

An aggressor may feel frustration as well as a constant need to prove themselves, to reinforce their boundaries (against attackers), feel a constant sense of stress and pressure that they need to release and lack a healthy channel for such release, or not know how to communicate their feelings tactfully without making a huge dramatic scene.

I do not condone the use of anger or hostility in communication, but I also do not condone making oneself a victim to get secondary gains of feeling loved, so each are as destructive as the other and counterparts to drama and abuse.

Now as fear and aggression are closely related (fight/flight responses) aggressor’s are easily spooked and can often be deterred easily by causing fear. For this reason they need to pick submissive targets, which is why the confidence achieved by empowering things such as physical fitness and martial arts, far outweigh the details of whether they can technically defend against a larger opponent.

An abusive relationship requires that the victim decide to stay, to return, to repeat. They are often brainwashed and feel compelled to “fix” the aggressor because nobody else cares about them—being needed satisfies a certain need.

But they are also getting verbal confirmation of their insecurities, consistent exchanges of 100 percent focused emotional attention and large romantic gestures of desperate remorse after the blow-up. These things are necessary for somebody to feel compelled to participate.

The aggressor requires that their counterpart be empathetic, compassionate and loving and also discrete—because they know their behaviour is antisocial, but a lifetime of failing to play by the rules has lead them to own that they are an off-the-grid badass.

So somebody that is loud and overshares and tells everyone everything isn’t the target market for an abuser/aggressor. An attention seeker draws too much attention. This is why the narcissist/empathy thing is such a common dynamic.

The rescuer can take many forms:

A concerned parent tries to subtly move their daughter’s clothes out of the home to aid her daughter’s imminent escape when the husband is at work.

A guy steps in between two guys arguing and tries to get them to “cool their jets” and shake hands before the fight gets physical.

A teacher/councillor pleads with a student to go to the police.

The rescuer enables the victim to leave, empowering them to make the leap. Never realising that the victim gains many things from the dynamic and struggles to cope with why they keep returning despite the rescuer’s support and advice.

This frustration can lead to much hostility towards the aggressor which can become dire and often fatal for the rescuer.
Rescuers are often empathetic and can easily be victims in a different context with their own family/romantic dramas and thus feel for the victim.

It is easy for a rescuer to come to the aggressor, with aggression.

Fighting fire with fire has never worked. Everyone gets burned.

In The Art of War it reads: “The onrush of a superior force against an inferior one, is as a pound’s weight in a scale against a single grain.”

We all feel the innate ability to neutralise an enemy with fear.

But what if this only enrages the aggressor further and they harm the victim more when the rescuer is absent.

This is all too common.

Aggression does not defeat aggression.

Fear does not heal anger.

You cannot yell at a baby to get them to stop crying.

The only way that a rescuer can successfully intervene, is 100 percent counter intuitive.

The rescuer, needs to rescue The Aggressor.

By empathising with the aggressor we can shift their needs to the rescuer, instead of projecting to their trusted victim.

Victims are often quick to be upset by this as feeling needed and given focused attention are facets of their construction of love.

Even if they are physically in danger they often don’t have other sources of love as the aggressor may have separated them from family.

Or in the context of a bar room argument the victim wants to resolve the conflict with the aggressor and steps back in which recreates the initial conflict of values.

The rescuer needs to give both parties a way out.

“Who cares what he thinks of you.”
“You should leave with your friends before they go.”
“Why don’t we just go to the bar.”

It’s a tactic often used by security guards and law enforcement, clear instructions and a way out:

“If you let me handcuff you I can let you up.”
“If you just put down the weapon we can talk.”

Give them a way out and make it seem like it’s their decision, when actually the only other option is not what they want at all.

Empathising with the aggressor is the most counter intuitive thing to do in the heat of a drama, but often the conversation reaches capacity and nobody wants to apologise. This is the time for a loving hand to defuse the situation.

Love is always the answer.

Pride has no place when a fight breaks out.

Anger is often the product of fear.

Reassure the aggressor and get the victim to disengage because it definitely requires that the victim choose not to participate. For their own complicated reasons they want to resolve and safe-face and be important.

But the victim needs them.

That’s how they get to play a victim.

Warning Signs that You are in a Destructive/Abusive Relationship. 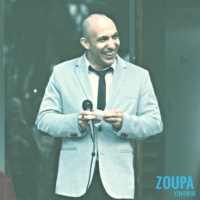 Michael Zoupa is a martial arts teacher in Melbourne, Australia. Michael’s first book is a coming of age tale of teenage hooliganism versus personal responsibility and h… Read full bio