The Shame of a Crying Man. 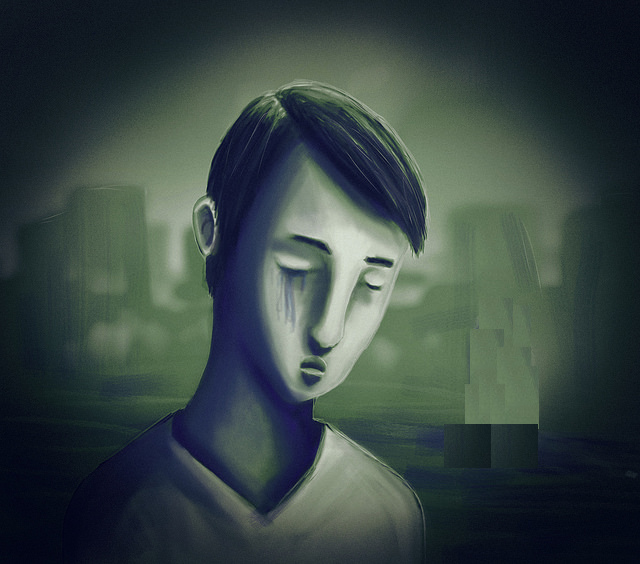 There’s a time and a place for crying.

At least that’s how I’ve lived most of my adult life. Crying is something you do when no one else is around to see you.

So when my friend called me at work to express his deep empathy for the divorce, crying was not an option. Hearing his heartfelt sympathy broke something loose in me and I immediately felt the force of a breaking dam behind my eyes. I desperately wanted and needed to release all the tears I had been holding in.

Instead, I swallowed all my emotions in a single gulp, planting a stone-cold lump of pain in my solar plexus. The tears never did flow as hard as I felt them that day. It was a lost opportunity to release that pain that I’ll never get back. Instead, I settled for a trickle here and there—only when no one was around.

This inability to cry in front of others is perhaps the single most harmful and hurtful side effect of living life with what I call my alpha male voice. It’s a voice inside my head that gives me advice and tips on important life matters. The trouble is, the voice is not me. In fact, I can’t identify with anything that this voice says to me anymore. But it’s always there, demanding to be heard. Sabotaging me in so many ways.

I’ve finally started to catch on, I think. I caught the voice in the act of sabotage last year as it thundered, “Don’t be a pansy!” It happened so suddenly that it kind of shocked me, threatening the plans for my latest tattoo. I searched for lotus flower tattoos on the Internet and found that 99% of the resulting images were of women. Up to that point, it never crossed my mind that such a tattoo was feminine. My beloved, who was planning to get a matching tattoo, said that shouting was the voice of generations of oppression, pain, and suffering.

Her words were a little like the rabbit was to Alice. It brought an avalanche of questions about these voices in my head. Where did they came from and do they really represent me—or are they just programmed bullshit I learned from others? I was angry at that voice because I really wanted that tattoo.

I believe the term alpha male was coined (for human men, not wolves) in the 90s by an author explaining why some men lack integrity and desire sex with multiple women. This seemed the most appropriate label for the voice in my head, as that’s essentially what that voice cared about during my late teens and twenties.

A little poking around brought me to the #heforshe campaign, where I saw an inspiring and liberating speech from Emma Watson, followed by some really nasty comments from angry men about how much feminists suck. There were even some notable women backing up these angry men. My alpha male was cheering them all on.

Ultimately, the rabbit helped me understand how connected the alpha male voice (mine and everyone else’s) is to the feminist plight. So long as the alpha male exists in the minds of people on a global scale, women will have to fight for equality.

Let me state this clearly now: I want to be liberated from the alpha male, possibly as much as feminists would like to have equality. Well, since I consider myself a feminist, I suppose I can say so with certainty. I wonder how many other desires in my life, like getting this tattoo, have been sabotaged by my alpha male.

I’m currently nurturing a practice of allowing myself to cry, for no reason at all, while I’m on the yoga mat. It’s a way to slowly release all the pain locked up inside my body from years of fighting back tears. With practice, I hope I can learn to cry whenever I feel I need or want to. Crying in front of my son yesterday was a big step.

In fairy tales, we find the story of the gallant knight on a white horse coming to the rescue of a damsel in distress. These stories pummel us with the idea that the man must always be the brave and strong one in order to rescue the woman, who is usually portrayed as weak and needing aid. The truth is that sometimes I feel like I’m in need of a rescue. And I trust that women are perfectly capable and happy to take turns in coming to the rescue. I’ve held onto this idea that women need me to always be that white knight. I’ve held on to my alpha male voice for far too long. I’m finally ready to let go.

Growing up, I remember very distinctly being taunted by other boys, “What, are you gonna cry?” Yes, I am. I’m going to lay my head down on the ground, and I’m going to cry my f*cking heart out.

Thoughts While Floating in a Sensory Deprivation Tank. 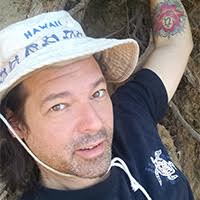