The Winter Solstice as a Metaphor for Our Time. 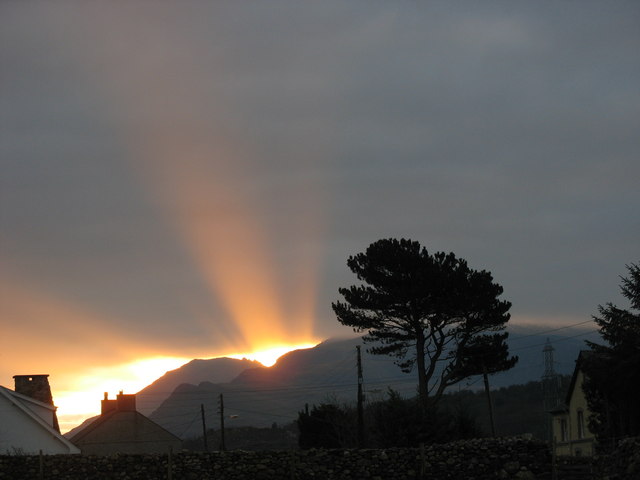 Tonight is the night of the Winter Solstice, the longest night of the year and the annual turning point in which the days stop getting shorter and start getting longer.

The physical fact is commemorated in diverse seasonal holidays, from Hanukkah to New Year’s, as different calendars have variously drifted from the actual date. Perhaps the most famous Solstice holiday is Christmas, which the Church took care to place on the birthday of Mithra,also identified with the sun.

All Solstice holidays mark the victory of Light over Darkness and the promise of renewal, whether in the form of oil lamps burning through a siege, God’s incarnation in human form, or simply the sun’s passage through the ebb of Winter to herald the coming Spring, even as the coldest months still approach, a dot of Yang at the height of the Yin.

Colonial sieges, divine births, the physical course of the sun through the sky—as in all true myth, universal truths appear in local dress, at once concealed and expressed. True myth also plays out simultaneously on multiple levels, as the Orishas and lines of the I Ching manifest their particular qualities at all levels of existence. On the level of the psyche, light is consciousness and the return of the light the reemergence of illuminating awareness in a period of inner darkness and delusion.

The I Ching represents the Winter Solstice in the Hexagram 24 (Fu), of which Wilhelm’s translation says:

“The light principle returns; thus the hexagram councils turning away from the confusion of external things, turning back to one’s inner light. There in the depths of the soul, one sees the Divine, the One. It is indeed only germinal, no more than a beginning, a potentiality, but as such clearly to be distinguished from all objects. To know this One means to know oneself in relation to cosmic forces of life in nature and man.”

Ten years ago today, on December 21st, 2005, I turned inward to commune with cosmic forces, in a Solstice ceremony involving the traditional Amazonian plant mixture Ayahuasca. The incorporeal entities I encountered literally presented themselves as “the Forces of the Universe,” and the message they gave me involved my relationship to them and to Life. It was essentially this: A great struggle is approaching, a battle between the forces of light and darkness, life and death. All the trials and lessons of our individual lives until now have been but a preparation for this final test, and each of us will be called upon to choose a side and bring what they can to the struggle.

My previous Ayahuasca and other visions had always been more about myself and my own personal development, specific others and relationships, or about aspects of life and existence, and never so starkly about the imminent fate of the entire world. Nor could I immediately see the struggle the vision described. I could not see at the time the prophesied struggle in the world around me. Little could I imagine at that time what the next decade would bring or how my understanding of the world would evolve.

The naïve hope of 2008 gave way to a more sober understanding of how political power truly works in the U.S. I began to question the U.S. media bias on the “Israel-Palestine Conflict” and saw with my own eyes on successive visits to Palestine just how much the media and political system were lying to us. The self-immolation of a Tunisian street vendor, nearly five years to the day of my vision, sparked a three-year wave of popular revolts across the globe, including in Manhattan where I was based at the time.

In Zuccotti Park, I saw loving crowds facing down heavily armed riot police, even as the corporate media painted them as a confused and vaguely dangerous mob: a scene that played out in places as diverse as Egypt, Spain, Russia, Brazil and Turkey with varying degrees of tolerance or repression. The conflict spilled onto the Internet, via the U.S. Government’s War on Wikileaks, Anonymous, Eric Snowden and a growing cyber-insurgency of hackers, dissidents and whistleblowers. In the excesses of Goldman Sachs, the fixing of LIBOR, the failure to punish even the most egregious of corporate crimes, and legal maneuvers, such as Citizens United, NDAA 2010 and the Trans-Pacific Partnership (TTP), the Corporate State’s control over our political system, our economic system and our access to information became increasingly clear and increasingly entrenched.

At the same time, the anecdotal warnings of the 2003 European Heat Wave and Hurricane Katrina quickly morphed into a cascade of proliferating and intensifying extreme weather events as study after study warned that the situation was far worse than previously thought. The Arctic Death Spiral became an undeniable reality between 2007 and 2012, and the collapse of the Jet Stream with Hurricane Sandy in 2012. The Arctic Vortex (the hub of frigid air that was once confined to the North Pole) became a part of the “new normal” of the Continental U.S. and Europe. Warnings that Arctic methane emissions were increasing also turned dire in 2012.

The cessation of the Gulf Stream, which looked laughable in the 2002 movie The Day After Tomorrow, has now been confirmed by measurements as well underway. Every one of the last six months was the hottest month of its kind with October the hottest month ever recorded. 2014 was the warmest year on record, 2015 is set to blow it out of the water and 2016 is expected to top even that. The Arctic is on track for a “Blue Ocean Event” (a completely ice free state) by 2020, with serious consequences for future temperature rise and further destabilization of the vast and increasingly vulnerable methane hydrates trapped in the seabed and permafrost.

As Paris has just reminded us, a political system effectively controlled by multinational corporations is structurally incapable of responding to these challenges. Exponential growth is good for Quarterly Reports but deadly for life. If we do not move quickly from a profit-based system to a life-based system, we are finished. In other words: in the 10 years since my Ayahuasca vision, the implausible Final Battle it prophesied has emerged as palpable reality.

It also seems my Solstice vision was not unique. There are signs that plants, fungi, dreams and visions have sent similar messages to many others, in a vast collective SOS from the planet to the sole species that can stop the relentless march toward destruction and death.

The timeless metaphor of the Winter Solstice can also be read as a metaphor for our time. Its core message—that Light has a way of coming back when you least expect it, sometimes in miraculous ways—is relevant in a way it has never been before and, in our bleak situation, provides a welcome ray of hope.

We stand at the darkest point in human history; the moment when the near-term death of our species and much of our biosphere is all but guaranteed. The situation is so drastic that nothing short of a miracle can change it.

The return of the sun, of awareness, sanity and enlightened embodied reason is needed now more than ever: a sudden illumination in the hearts of every human that compels us to drop our folly, delusion and fear and make the sacrifices necessary to pull our world back from the brink. It is up to each one of us to reach the still point within and reset the world. As in the Buddhist Bodhisattva Vows, we are charged with doing the impossible yet absolutely necessary.