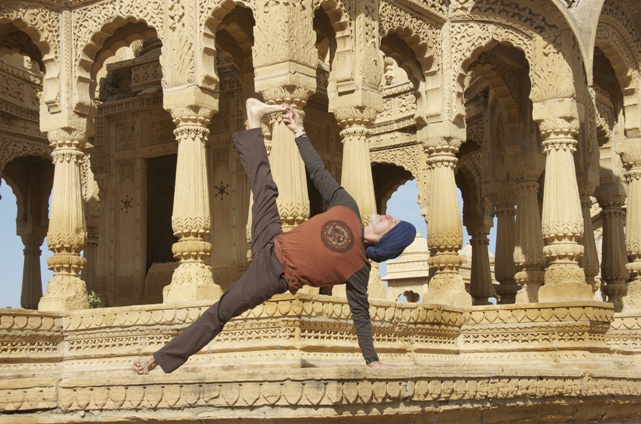 One time while riding in a car in India my friend asked the driver, “Do you practice yoga?” His reply was “My work is my yoga. I turn left, I turn right.”

As it should, “yoga” permeated his life. How many of us, ask ourselves what exactly is yoga? Understanding some of the fundamentals of what yoga is, and why it came about, opens the possibilities of what it has to offer.

If you have been around yoga for any length of time, or taken a teacher training, you no doubt know that the term “yoga” derives from the Sanskrit root word  “yuj” which means to “yoke” or unite. The common explanation for this is usually along the lines of “yoga is a uniting of the body, mind and soul,” or something to that effect.

There is, however, a problem with this.

As most books based in traditional yoga philosophy explain, the soul is bound or encased in three bodies. The ideational, or causal body, the astral body, and the physical body. The result of this is that the body and the mind are inexorably connected and imposing their version of reality on the soul’s perception. Since the mind and body’s reality comes with a fair amount of suffering, this is a problem for the soul.

So what, then, is the yoga “connection,“ and what is it for?

It is stated in The Complete Illustrated Book of Yoga by Swami Vishnudevananda: “The aim of all Yoga practice is to achieve truth wherein the individual soul identifies itself with (connects with) the supreme soul.” So, Why do yogis want to do this?

The ancient yogis set out to create a science that would alleviate human suffering. They realized they could accomplish this by creating a connection between the individual soul and the collective spirit, thereby bypassing the entanglements of the body and mind. Once reconnected with spirit, the soul could stop identifying with material creation and its “Maya” or power of illusion. Then the soul could experience and realize its true natural state of bliss. Thus the term “self-realization.”

Now, if that sounds to you like it doesn’t have a lot to do with a handstand, you would be correct.

Over 90 percent of the millions of people in India, along with our driver, who practice yoga don’t do asana. They don’t perceive a union with spirit as having anything to do with exercise. There are different paths to the yoga connection. In the Bhagavad Gita, Krishna outlines three main paths: Karma, Jnana and Bhakti, or the yogas of action, knowledge and devotion. They are not separate, they overlap. As for “asana” as defined by Patanjali, it is strictly about posture and position of the spine while sitting to pursue the following five limbs of his eight limbs of yoga. You may be thinking, “But what about Hatha Yoga?” Generally, among more traditional practitioners, Hatha Yoga is considered a support to the others and is not an end in itself.

So where does the physical Hatha style of yoga that we do fit into all this?

Well, a clean and healthy body makes all of the pursuits and responsibilities of life easier. Some of its benefits include allowing for more comfort sitting for long periods of meditation. It gives us discipline that can spill over into other parts of life. It helps prana to move more easily in the body. It can help us connect with the breath. It can help detoxify the body and, of course, it can make us feel good.

That is the good news. Now for the bad.

The second of Buddha’s four noble truths tells us that “attachment is the source of all suffering.” In the Bhagavad Gita, Krishna warns against ”attachment to the fruits of one’s actions.“ If we pursue the practice with ego-based attachment or pride, and I have been guilty of this, we are going in the opposite direction of yoga. We are generating attachment. But the greatest irony to me, as a yoga teacher, is physical injury. Now, I know that injury can occur. We can injure ourselves doing household chores. But how many people do we know who continuously injure themselves in their practice, in some ego/pride based pursuit of accomplishment? This is an attachment to a result at the expense of physical suffering. Let me ask you something, if we are injuring ourselves practicing yoga, something created to alleviate suffering, are we really practicing yoga?

There is not anything wrong with doing a challenging physical endeavor that tests us, and even injures us in our pursuit of imagined perfection and the resulting temporary happiness and satisfaction that it may give. But, if that is the case, it probably shouldn’t be called “yoga.”

The good thing is that since I live in LA, and spend so much time in traffic, maybe I can practice my yoga turning left and turning right. 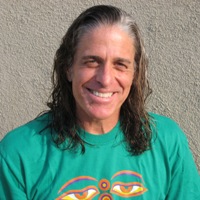