Cheating: 2 Uncomfortable Truths about it that We Need to Hear. 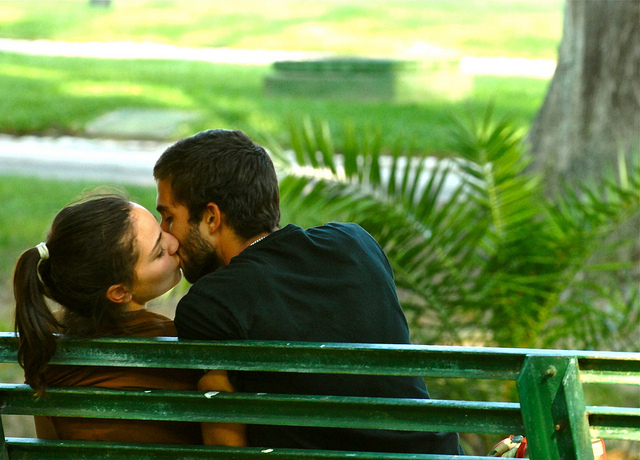 Cheating is a touchy subject, and most people profess very clear ideas about it. But 95 percent of the time, when we talk about “cheating” in relationships, our use of the word isn’t even appropriate.

If that sounds outrageous, please read on.

On a poker table, the cheating player is trying to damage the other opponents. In business, people cheat to get an advantage over a competitor.

But what about relationships? Is it often the case that someone does something behind our back, with the intention of harming us?

Yes, people may sometimes cheat on their lovers just to make them suffer. But how common is that? This probably only happens about five percent of the time. In most other cases, cheating doesn’t have anything to do with the partner being cheated on — which is a hard truth to digest. Let me illustrate this point.

If I complain that my girlfriend has cheated on me, it really makes it sound like what happened is about me. That she and her other lover are doing whatever they are doing just so they can hurt me.

This puts me both in the role of the victim, and in that of the main character. But most of the time, I’m neither. They’re probably just enjoying themselves, and not thinking about me. I’m not the star.

This is the first uncomfortable truth:

What is happening between my partner and his or her other lover has only got to do with the two of them. It is not about me.

My partner and her lover like each other, and they want to connect intimately. They would do it if I didn’t exist. And they want to do it even though I exist.

Ouch, that hurts. My ego doesn’t like this a single bit.

Now, there is still a narrow passage through which my wounded pride can escape: claiming that my girlfriend should have told me first. That she isn’t being honest with me. That by cheating on me, she has broken an agreement of sexual exclusivity. That we had agreed to be monogamous.

So cheating has to do with breaking an agreement of sexual exclusivity to each other. And yet, most often, we don’t pay much attention to the agreement. We only talk about the people involved.

The vast majority of agreements on sexual exclusivity fall into one of these two categories (or both of them):

Let’s recap: the promise of sexual exclusivity is, virtually always, either unspoken, or eternal, or both.

But every time we bind human beings to implicit or inflexible agreements, we are setting ourselves up for disappointment and drama.

In some cultures, a wife was supposed to be sexually available for the husband, all the time. That is a terribly inflexible agreement, and luckily enough, it is slowly disappearing from our lives. But it isn’t all that different from asking our partner to only make love with us, for the rest of his or her life.

This is why most “cheating” partners secretly feel that they aren’t doing anything wrong.

Then, while one partner feels betrayed and hurt, the other partner feels both guilty and secretly entitled to do what he or she is doing. A painful situation that can give birth to endless arguments. No one really wins.

Cheating is a sign that an agreement needs to be renegotiated.

Of course, the right thing to do would be to renegotiate the agreement of sexual exclusivity before even considering breaking it. But in most relationships, there isn’t a safe space to talk about the sexual and emotional needs of the lovers, and renegotiate agreements that might have become obsolete.

If that space was provided, and if both partners knew that they talk about any agreement with love and understanding, a lot of unnecessary pain would be avoided.

The problem is that it is scary to offer our partners the possibility of changing the rules of the game whenever he or she needs to. It challenges our sense of security.

So here is some practical advice: in a relationship, always provide a safe space for either of the partners to renegotiate the rules of the game. The relationship will only benefit from that. Cheating will not happen if everyone involved feels safe to talk about their needs, their feelings, and the agreements they go into.

No one can deny that cheating can cause pain to everyone involved (including the “cheating” partner). But much of this pain derives from our incapacity to establish clear and flexible agreements with our partners.

Summing up, unless you’re talking poker or business, I invite you to reconsider the use of the word “cheating.” Instead, think of an agreement that needs some attention. That might completely shift your perception, and open the doors towards a more harmonious love life.

Forgiveness After Cheating: Why we should Let Go.