Drama in Relationships: What It Is & How to Avoid It. 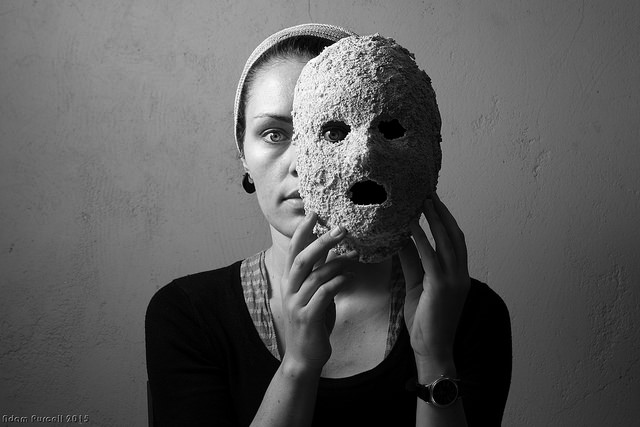 In intimate relationships, we all experience strong emotions, sudden reactions and pure passion. Sometimes, however, we get carried away. We lose our center and find ourselves utterly lost. We have moved from passion into drama.

But what is drama exactly?

The word drama comes from the Greek word for “acting,” “playing” or “performing.” The meaning of the word itself offers the interesting suggestion that drama has to do with acting, with behaving as if we were in a theater play rather than real life.

In a play, the characters are completely identified with their part. The cheating husband, the cruel seductress, the wronged victim—all of these are just roles and, when we watch a play, we don’t look any further than that.

In real life, however, identifying fully with the part we are playing in a certain emotional situation, forgetting that both we and our partners are much more than that, leads to drama.

Some misconceptions about drama.

There are a couple of interesting misconceptions about drama.

The first is that drama is more of a feminine thing. This is obviously not true; women and men alike get involved in drama. Perhaps, on a statistical level, men may burst into tears less often—but they do burst into uncontrolled anger. That is simply another way of moving into drama, and a pretty dangerous one.

“Crimes of passion,” an all-too-real tragedy which causes death and suffering on a daily basis, should rather be called “crimes of drama.” Only someone who is fully identified with his or her own pain can consider resolving the situation through violence. If there weren’t such identification, no one would kill or hurt out of jealousy or other kinds of emotional setbacks.

The other common misunderstanding around drama is that it only has to do with pain and suffering. But there is also what we might call “happy drama,” that state in which someone is so identified with his or her romance, with the giddiness of a new relationship, that they can’t see anything else.

While this can be sort of endearing if it’s short lived, people who go into “happy drama” for too long may end up losing all contact with reality. Usually, reality then reasserts itself with a proverbial kick in the butt. Often, this can catapult the affected person directly into the other sort of drama, the one that has to do with pain and suffering.

Drama is losing our center.

So, deep down, drama comes from identification. We move into drama when we identify so much with our “part” in a situation that we can’t maintain any sense of perspective. We develop tunnel vision, zeroing in on whatever is triggering us, and everything else goes out of focus.

When we lose our center, we lose perspective on what’s happening in our existence. We forget that we are part of a big mosaic, along with billions of other human beings, but also along with planets, stars and galaxies. It then becomes easy to identify with whatever emotionally charged situation happens to us. When this happens, drama is lurking just around the corner.

The best way to deal with drama is to find a way to extricate ourselves from the situation at hand. We need to connect back to our center, and then look at our life from that vantage point. Here are a few ways to put things in perspective and disidentify from the particular circumstances we’re going through:

Thinking about death. Though this may sound gloomy, it’s a beautiful exercise. Realizing that our life is limited shows us that every event in it contributes to creating our story. If we imagine someone talking about us at our funeral, how important would today’s problem be, from that vantage point?

Thinking about our planet, and all the little and big dramas that are happing on it at this very moment. Somewhere, sadly, some people are starving to death. Somewhere else, other people are in bliss. What is happening to us is part of this giant picture, but it’s just a tiny part. If we focus on the big picture instead, we will release ourselves from identification, and thus from drama.

Finding the center within us that is always still. Whether we are in pain or in joy, our awareness is always there, untouched. Awareness is our center. Therefore, the drama, however important it may seem to be, only affects the surface, the periphery of our being. Even in the middle of drama, we can realize that our true identity lies in the center, and that whatever happens in the periphery is just transient.

Taking time. Drama loves immediacy and quick responses. But if we just take some time to step back and reflect on what is happening, we have the opportunity to see that even when we’re distant from the drama, life continues. The obvious consequence is that drama doesn’t define us; it just happens to us. Why identify with it, then?

Laughing about it. Humor is one of the most powerful tools we can use with our own drama (but don’t try laughing at someone else’s drama, it probably won’t work). In order to laugh about something, we are forced to put it into perspective, acknowledging the fact that it will pass. Humor puts us in a state of amused detachment, where we discover that excessive seriousness comes from identification, and that drama is its fruit. Being playful about what is going on is one of the quickest ways out of drama—though it’s often easier said than done.

In one way or another, disidentifying from whatever we are going through is always the key to defusing drama. By doing this, we open the possibility of developing a loving yet non-attached attitude toward life and relationships. And paradoxically, by not being identified with the situation, we’re able to give a response from our heart, rather than from our reactive, unconscious conditioning.

Leading a full, intense and passionate life does not mean living in drama. In fact, drama is rather shallow; it is only concerned with the surface of our being, and prevents us from going deep.

True intensity can only happen when we connect to our center.

From that place of stillness and depth, we can fully appreciate the dazzling beauty of the gigantic play we’re all acting in.

Why Non-attachment is one of the Keys to a Happy Life & Relationship.