How to Sever Energetic Ties from Previous Lovers. 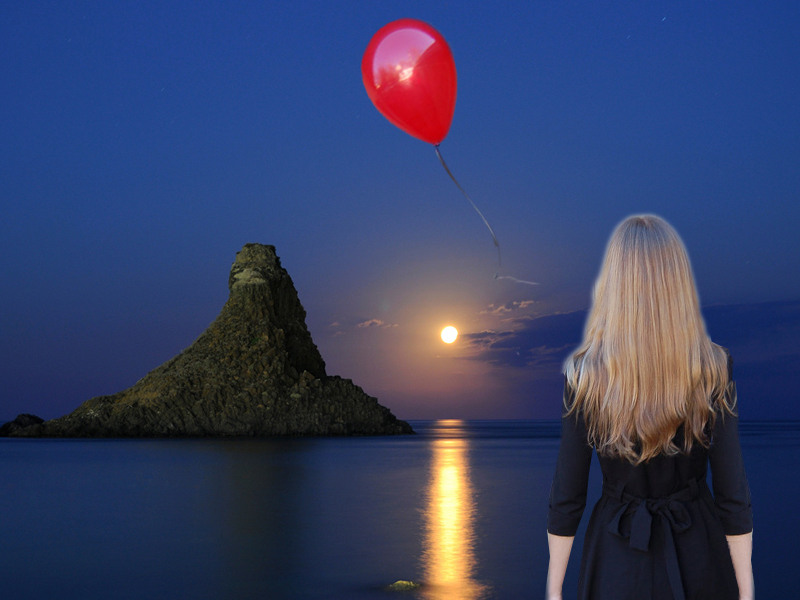 If the belief that we are all One is correct, then we are connected through an invisible, sacred matrix.

I operate on this belief via my spiritual path and also because I see evidence of it in the natural world. I don’t have scientific “proof” of such things, but this concept is key to the work of intuitives and energy healers. As such, it remains a relevant and important discussion for those in our community, as well as anyone who is interested in exploring these topics and experiencing alternative healing modalities.

We are all empathetic to energy fields around us; some people (empaths) are just more aware of their reactions to energy than others, and indeed, it can become overwhelming at times. As a working intuitive, I feel my way through life and often am privy to others’ thoughts and energies, which on any given day can include humans, plants, trees or animals. But I am not the only one who is highly intuitive, many people use their intuition as a natural guide through life.

When reading Tarot for people, I often get asked how one can detach themselves from the energy of someone they once loved. This question often relates to sexual relationships. It’s an important question, since previous relationships can deeply affect—and possibly destroy—new loves. Some of my clients are incredibly aware of their energetic connection to a past lover and it is of profound enough effect that they seek a clearing modality.

When we have sex with someone, whether or not we are emotionally committed to them, we merge energy fields, (aura absorption) and also, through bodily fluids and orgasm, we “imprint” lovers onto our emotional/spiritual bodies.

In my studies on Tantra, Sacred Sex and Kundalini Yoga, I have come across validation for my instincts about aura merging during sex. Yogi Bhajan speaks about a way that women can stay empowered during and after sexual contact; it’s opened my eyes to the many ways our energetic bodies are impacted during what we may view as simply a physical act.

I have performed my own energy severing rituals, for myself and for others. The effect is profound. Sometimes a client will ask, “Did this really happen, or do I feel different because I think we did something?”

If one is freed from the grasp of a previously inescapable energy, it does not matter—real is as real does, after all. If you are spiritually inclined to believe in energy merging, then this subject matter will resonate. If it does, let us proceed to the actual work.

The first energetic release ritual I performed was on myself and my current love. We had been married for about fifteen years, give or take a century (we have had previous lives together), and decided that our marriage vows no longer served us. We were different people than who we were when we made those vows.

Above all, we were determined that love, not vows, would be our glue.

So to this end, I created a ceremony that severed our vows and we continued on based on the more conscious connection we had built. Wow! Our lives changed. Our relationship felt fresh, balanced, sincerely flowering upon words that reflected the current state of our life journey.

Previous to that, I had done some emotional healing around my childhood, and already was familiar with using symbolism for emotional release.

Everything is stored in our cell memory, I believe, but this is an emerging science, so I will leave it up to you to investigate.

So if this is true, as I believe it is, that is why, as our cells replicate, they continue to hold the energy patterns of the old cell they are replacing. So unless we release at cell level, we can remain bound by old patterns.

Visualization is a powerful way to release cell memory. There are several ways to do this.

If you are good at seeing things through your mind’s eye, you can guide yourself to a past relationship while meditating, assuming that it is safe for you to recall that person—meaning that emotionally you feel safe to recall—you can imagine them as part of you and gradually allow them to fade away from the “Past You” until they are no longer visible.

Then write a letter of release, and with love and forgiveness, voice your desire to release all physical, emotional and spiritual bonds. Burn the letter and with the rising smoke, allow any anger and residual angst to disappear.

If you are shaking your head right now and saying that releasing anger with a bit of smoke is easier said than done, it’s actually going to come down to a decision. And I’m not being facetious here—the decision is always the determining factor of emotional healing.

It really is up to you.

Of course, you could also find a therapy based hypnotherapist to guide you through the release but if it is too personal for you to share with anyone, then you would rely upon yourself to perform the whole thing.

I also like to do a physical clearing to augment the above.

Read or recite your desire to break all bonds and then cut the ribbon or paper in half. Do what feels right with the end you are releasing (again with love and forgiveness) but I tend to burn things as I find smoke to be a very powerful conduit of energy.

After any kind of emotional/spiritual release ceremony I advise an epsom/sea salt bath to allow the body to release as well and process the shift.

Cell memory can be released if you so desire it, and true freedom from previous entanglements can be attained if the spirit and the body are in agreement. To clarify, if you were to go to a hypnotist and asked for work to be done around quitting smoking because you believed it to be good for you to do so, but on a soul level you were in contradiction to it, it will be difficult for the therapy to work.

Yes, the mind is powerful but the soul is pretty hip to mind games; everything happens in the spiritual and emotional body before it can manifest in the physical body.

To recap, begin with the decision to release the old energy. Agree on a soul level, because the ego can be pretty tricky and enjoy chewing on old wounds. Perform the ritual with the intention to release on a cellular level. You can even visualize your cells opening and releasing everything that is harming you.

In any kind of energetic work, intention is everything, absolutely everything. You can make anything happen with just the impulse of your intention.

Journal your experience if you like, and record any emotions, visions or impressions that occurred.

For those that would like to dive deeper in meditation and Buddhism: