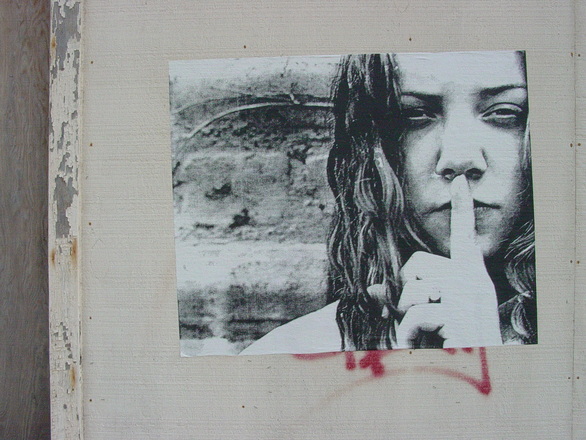 I sat down to write a story about race.

I wanted to talk about the difference between Black Lives Matter and All Lives Matter, and the fact that white lives have been about the only things that have mattered for so long that it is about time people of color (any color besides white) had a voice.

I wanted to discuss white privilege, and how, even though I don’t believe I am racist, I have unknowingly taken advantage of a system that has given me access to education, role models, and opportunities that are absolutely not afforded to many people of color in this country.

I wanted to make a point of the fact that police brutality exists against people of color, and that supporting law enforcement and recognizing there are problems are not mutually exclusive propositions. As the former wife of a police officer (who is still a close friend), I was ready to plead the case that there are a lot of really wonderful men and women who are serving us by doing the difficult job of enforcing our laws, but that their exemplary service does not excuse the ones who need to be held accountable for bullying, profiling, discriminating, and killing people.

I wanted to talk about the gun-toting rednecks who took over federal land in Oregon and compare their relative comfort and lack of consequences to the rubber bullets, riot response teams, and violence that Black Lives Matter protestors have incurred in different parts of the country.

I wanted to point out the fact that one in three black men will be jailed in his lifetime, and how that number is absolutely, unequivocally not because black men are committing the majority of crimes.

And I wanted to talk about the fact that when black men do commit crimes, they often are simply conforming to a self-fulfilling prophecy after years of being pigeon-holed into the role of “menace to society” projected upon them by educational systems, public servants, and white people like me who clutch their purses tighter and squeeze our children’s hands when young, black males pass us on the street.

I wanted to make the point that I have been to West Africa and toured the castles where slaves were held by imperialists before they were forced to come to the United States. I wanted to say that those slaves, whose lives were stolen in the most cruel, inhumane ways possible, were a big part of why our country is successful today. I had a need to tell everyone how they not only built the economy that has allowed us all to maintain our independence, but also to thrive, and that they forcefully sacrificed their families, their tribes, and their cultures to do so.

They didn’t receive rights to even go to the same schools as white people until just one to two generations ago; we cannot expect them to walk away saying, “Oh, well. No big deal.”

I wanted to talk about my home town, where a “No N*ggers Allowed” sign was posted along the highway when I was small.

How one of the only black men who grew up in my area, and who is not much older than me, told me he was not allowed in certain stores and was harassed, cursed, and treated like an unwanted, flea-ridden dog when he was young. I wanted to say that we cannot expect people like him to “get over it” just because we now have a black president.

I wanted to mention that, in the next town over, three black teens beat up a white teen last week. I wanted to say that my very best friend from high school called me and angrily proclaimed that, had they been white kids who assaulted a black kid, they would have been all over the news. And I wanted to say that, if they had been white, people would have said it was an isolated racist incident; but because they were black, the (white) public assumed they represented their entire race.

The truth is, I am white, and I have no idea what it is like to be black or brown or any other color in America.

Sure, I have had some tough struggles in life, and sure, I have worked for the things I have, but the rest of the truth is, I have been granted privilege because of my skin color since the day I was born. I have no idea what it is like to be anything other than white, and I have no business speaking on behalf of anyone who does.

But there are millions of people of country who have the ability, and the right, to say it better than me because they have lived it.

And so, as I began to write, I realized that I the very best thing I can do is to shut the hell up about race. And instead, listen.

Because that is the only thing that will create change.