Let’s Get Intimate: Addicts in Love. {Adult Q & A} 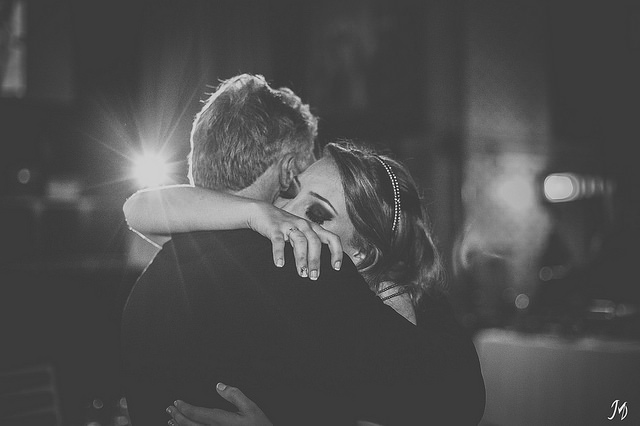 Do you have questions about creating intimacy or developing mindful relationships? Confusing questions? Awkward ones? Deep, dark scary ones? I want them. Email your questions to: [email protected].

All relephant questions will be answered with loving kindness. (Yes. Every one.) Authors remain anonymous.

Q. I’ve been rather emotionally unstable and unbalanced since I can remember (I’m 24) and since about the age of 16 I’ve more or less serial dated a string of abusers (emotional or physical or both).

I moved out early because living with my parents did not provide any type of security and they had many, many deep-rooted issues of their own which were often taken out on me.

I broke up with the last abusive partner around the age of 21. He deliberately trashed my name around our small city and not many stuck by me. Around that time, my struggles with drugs and alcohol took a major nosedive and I became an alcoholic that also recreationally abused any drugs around.

Shortly after the breakup, I started to develop feelings for one of the friends that had helped me get away from my ex. He may not have slid as far down as I did on the substance abuse chain, but he was certainly on it, he even got a DUI during this time.

Much of our early relationship was spent being drunk together, although we began our official relationship under the guise that we would work on these issues. I did go through several “clean” periods and so did he although they never lasted long. Eventually, we moved in together and promised the overuse of alcohol would stop. Unfortunately around this time my roommate and his boyfriend were heavy users of a certain drug—leading me to using as well. My boyfriend used as well sometimes and this didn’t cause any immediate rifts.

We moved to a nicer apartment with several roommates (who turned out to be addicts of a different drug).

It didn’t take long and soon I had a myriad of issues with addiction.

I was heartbroken and realized how much I’d come to love him.

Fast forward six months. We set out on a bike journey across the states with the plan to relocate in a new city with his family and begin a new chapter in our lives together. He ran out of a certain smokeable herb (which he maintains he needs to maintain happiness) and got drunk one night in the desert and snapped and broke up with me.

My current situation is this: he maintains he wants to be friends, and given that we are still on the road together and only weeks from our destination (where we will be living with his mother and sister for the next year). We are cordial, but I am in so much pain and hurt every day from this. Unfortunately, circumstances dictate that we had to put all out savings into this trip and we are basically tied to this now, which includes living with his family and sharing a room for probably a year.

Although substance abuse is almost a thing of the past (I do drink sometimes with the intention of numbing pain, though infrequently) I just don’t know how I what to do. Should I try and hope that this relationship comes back? Should I give that up? I know I need to work on myself perhaps before I should be in a relationship (and he probably does too) I don’t know how or where to begin.

A. Thank you for sharing this story. It sounds like a painful, confusing, and not at all a pleasant place to be.

Dear one, the first thing I need to say is the most important. If you stop reading after that, I won’t be offended. In fact, the rest of this post is pretty blunt. But I believe in you, and I think you can take it.

Here’s the number one thing:

You need to get help for your addiction.

You are an intelligent, loving young woman who is too young to have experienced such a great amount of heartbreak and pain. I won’t lie to you: the twenties are a rough ride for anyone. I went through them twenty years ago, but I carry the scars of their lessons to this day. We’re just at the cusp of independence, trying to figure out who we are and how we want to show up in the world. It’s a tremendous amount of pressure.

And there are not a lot of role models out there for us. Not within immediate grasp, anyway.

The point is, I understand the desire to numb yourself to the anxiety and pain of a turbulent past and an uncertain future. I will say this:

You cannot change the past, but you—only you—determine your future.

I’ll say that again, because if you hear it right, you’ll feel a little firework “pop” in the middle of your solar plexus. That’s the explosion of possibility. That’s the universe singing the name it gave you. You’ll be able to see a little bit into the future. So, again:

You cannot change the past (i.e., “I have been unstable and unbalanced since I can remember…”), but you can decide what your future will be.

Or are you going to step into the magnificent Self you are? Forget worrying whether you’re worth it. That doubt is a construct of your mind, and your mind hasn’t been a great pal to you lately. You feel what I mean. You know that part of you that gets a jolt when you realize you determine your future? That’s the capital “S” Self—the part of you that believes you deserve more than the pain you’ve been living.

The part of you that knows you have immense power.

Not to sell a point. My message to you is to remember where you came from. Honor the spark of the great, creative, mysterious universe that you are. Move lovingly away from those who are so much in their own pain that they bring you down—that means parents, friends, lovers. Take care of yourself first. Get strong, then see what part (and how much) of your heart can return to be there for them.

Let’s Get Intimate: When Oral Sex Sucks. {Adult Q & A}