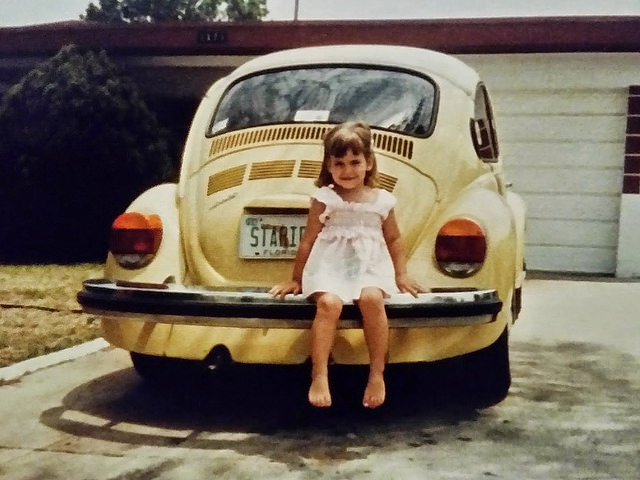 When my child reached the age of 10 I noticed that she was beginning to become codependent when she started to look towards me to justify and approve her self-worth and identity.

I had always thought my caring and protective ways were supportive, empowering and encouraging.

Yet, what was really happening was the support I had given was effectively pampering her and causing my child to become codependent. This weakened rather than strengthened her and she began to lean on me to solve and fix all of her problems.

As she grew up and got a little older she should have started to make decisions for herself. Instead, I had somehow assumed the role of micro-managing her life decisions and rescuing her whenever anything went wrong.

This wasn’t easy to admit. However, rather than being in denial, I had to accept that I was waiting on her hand and foot and this was exactly what was taking place.

There comes a time in a child’s life where they have to move on from being dependent and navigate their way through friendships, school-life, social activities and their home-life.


This wasn’t happening and the reason for this was that I was helicopter parenting. Basically, I was over-parenting, over-involved and intervening in her life. I was ensuring the path that she skipped along was constantly clear so that nothing could harm her as she journeyed through her young life.

The concept that I was debilitating her seemed ironic as I had always believed that my parenting techniques were assisting my daughter to achieve whatever it was she was putting her mind to which would eventually result in her independence. Instead, she was achieving what I was putting my mind to and her independence depended on my excessive interference!

Although I convinced myself that I was helping by bubble wrapping her to protect her from the damage of the harsh outer world, what I was actually doing was hindering and preventing her from becoming independent.

I endlessly endorsed everything my daughter did: I boosted her ego, mollycoddled her, persistently fussed, sheltered her, obsessed about her safety and worried constantly. All of these things and more were disabling rather than enabling her.

All of the fretting was causing my child to develop low self-esteem, poor boundaries and to constantly seek my approval. She was highly capable, but I noticed that because I was hovering over her she began to lack motivation so she looked to me to boost her energy, confidence and self-esteem and also so that I could provide regular reassurance.

I had intended to raise my child so that she was free-spirited, adventurous, fearless and most of all so that she made her own mistakes and learned from them for herself. However, I lost perspective as my fear and panic caused me to wrap her up in cotton wool just in case something caused her anguish or upset her. This meant that I was preventing her from experiencing reality and instead she was living under the magical illusion that I had meticulously painted over her.

As my child moved through different stages, I should have also changed my parenting to compliment and keep up with her ever-changing needs. Looking back now I can see clearly that for a while I got scared to let go. I had gotten so used to protecting her, that I didn’t realise that as she got older I had become over-protective. Even though it felt natural to monitor her to keep her safe from harm, my good intentions were causing her harm.

As soon as I stopped intervening she realized that she didn’t need to gain my permission or ask for advice as she found that she could investigate, make observations, discern and then come to her own conclusions.

At first it was difficult to find a balance or know where the line should be drawn. But, as soon as I had faith that everything she had been taught up until this stage would see her through, I learned to trust that she would soon find her way through.

Instead of either one of us holding the power or taking full control, we negotiated and came to mutually agreeable decisions. As long as she was not putting herself in any danger, she had free reign over the majority of decisions which led her to learn vital life-skills and meant that she learned the consequences of her actions or non-actions.

I was always on hand to give guidance, though instead of jumping in to fix things, I allowed my daughter the opportunity to solve any problems first. If she needed extra assistance, we would discuss the issue at length so that she could then understand what she was dealing with and work through any obstacles by herself.

I took numerous steps back and tweaked our dynamic so that I stopped debilitating her by shaping her life and started to notice how she embraced her individuality and glowed as she basked in the newfound responsibilities.

My daughter immediately transformed into a curious, wise, happy and secure child who reveled in discovering the limitless possibilities that suddenly opened up when I closed the door to my irrational fear.

Although my daughter is now 22 and much has changed, the truth is, I still worry endlessly. I think as a parent, I always will. I won’t always be there to pick her up when she falls and as she gets older it becomes a little more difficult both emotionally and physically.

I think this is one of the toughest lessons that as a parent we have to learn and accept: Regardless of how old our children get, even when they reach adulthood, through a parent’s eyes our child will always remain our “child.” And we have no choice but to have faith and then try our best to let go.

They move on. They move away.

The moments that used to define them are covered by

moments of their own accomplishments.

It is not until much later, that

their stories and all their accomplishments, sit atop the stories

of their mothers and fathers, stones upon stones,

beneath the water of their lives.”

From Helicopter Mom to Free Range: 5 Reasons I Loosened my Grip.

3 Buddhist tips on relating to children: