Not Even Little White Ones: What Happened When I Stopped Lying. 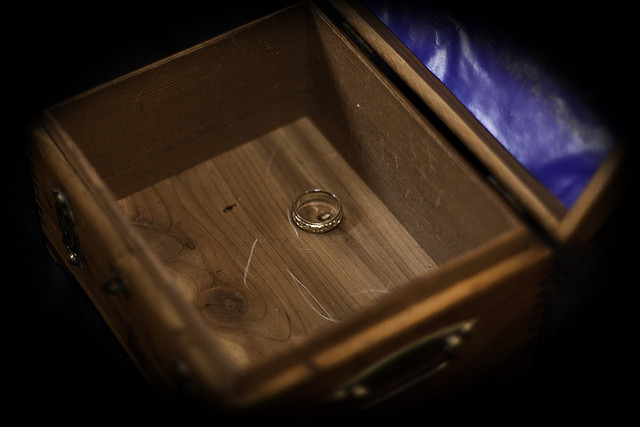 I stopped lying when my perfect marriage of 17 years fell apart.

I was shoved back into the dating pool with all of my clothes on, and I suddenly found myself sitting across the table from guys who wanted to date me. The pain of my separation was held so close to my eyes that it was difficult to read properly, and it somehow made me lose the ability to bullshit.

It felt as if there had been a sudden death in my family, and I operated based only on my immediate drive to be open about it.

It was a funny time to stop lying because men don’t typically like to hear that you’re still in love with your husband, and that you’re probably going to end up renewing your vows on the 20th anniversary. I didn’t care. I was honest about not wanting to commit, and these seemed to be the ironic magic words to make these men fall in love with me. Being honest made me feel powerful, and I liked it.

I stopped apologizing for who I was.

I’ll admit, it started with what I thought would be one of those month-long uncomfortable goals like not drinking or parting my hair on the other side. It seemed like fun but definitely not something I could actually maintain.

It became a sort of project, and I wanted to do it more.

I stopped lying about recognizing a song or knowing a country’s location.

I stopped typing “LOL” unless I was actually laughing out loud. I told stories without exaggerating and expressed the real reason I was saying “No” to an invitation.

I stopped lying about the little things.

It snowballed. I admitted to my boss that I was late for work because I didn’t go to sleep until 4a.m., and I told men the truth behind why I no longer wanted to date them.

Something really resonated with me about what I was doing, and it began to seem less like a temporary goal and more a permanent way of living. I was proud of my newfound integrity and eventually felt confident enough to proclaim that I was a person who never lied.

They asked tough questions, but I could feel the ripples of my honesty around me. I noticed that people were more truthful with me than they were with others. The incoming sincerity felt like a trust they were giving me in exchange for my exposure, and I think they accepted responses more enthusiastically because they could feel the legitimacy and vulnerability behind them.

I became known for it. I started hearing things like, “Can I ask your advice about something? I trust you because I know you won’t lie to me.” Or random mid-sentence interruptions like, “I love that you have to tell the truth!”

And it was empowering to speak my truth. Internal walls broke down as I openly spoke from the heart.

I want to be adored.
I am turned off when you accept gifts without thanking me.
I think about you constantly.
I don’t see this going anywhere.
I don’t remember meeting you.
I love when you play with my hair in public.
My heart still belongs to my husband.
I wasn’t listening; please repeat what you said.
I find it sexy when a man doesn’t act on every impulse.
I could use some alone time.
No, I don’t like that.
It’s impossible to enjoy this movie when you keep warning me that a great part is coming up.
I’m intimidated by your charisma.
I have no idea what I’m doing.
I don’t want to have sex. I want to have sex. I did not have an orgasm.
I love you.
I have to poop.
No, I still don’t want to be exclusive.

I stopped lying about the bigger things.

Throughout breakups it was especially difficult to be both honest and kind, but a surprising thing started to happen. My manic-paced mind was forced to slow down before speaking; I started to get better at saying what I truly wanted to say.

Honesty became an integral part of my reality, and I could no longer accept less in return. The new standards I held for myself attracted people of like-mindedness, and the others were curious and seemed drawn to the idea. My honesty created an unspoken agreement with the people I knew: If you wanted to be in my life, you needed also to be honest with me.

I stopped tolerating lies from others.

The absurdity of faking anything became too much to stomach. Withholding any part of myself felt like a lie. My emotions were valid, my desires were natural. Telling the truth became an empowered vulnerability. I started dancing unashamedly. I became funnier. I found that I was not only a listener but a valued contributor.

My deeply-programmed apologetic wiring began to malfunction, and I fell profoundly in love with myself. A lot of this may have had to do with the abrupt and belated feeling of freedom after a 17-year marriage, but I didn’t even have time for that level of analysis. I was having way too much fun.

I realized it wasn’t only about avoiding the lies. It was more about fully telling the truth. I consciously tried to flush out the pain and insecurities I hoarded inside because my unaddressed issues were simply lies I was telling myself. I questioned the game of abuse/victimhood I’d played with myself for years. I whacked away at the roots of my lack of self-worth.

I stopped lying to myself.

It was a personal, internal journey. I took a mindful walk through the filing cabinet of my psyche and the cave chambers of my heart. And what I found wasn’t as ugly or shameful as I had feared. I encountered strange creatures and surprising demons hiding in the folds of who I thought I was, but I greeted each new diagnosis with excitement for the opportunity to grow.

I stopped lying about who I was capable of becoming.

People have asked me what I’m getting out of all of this. (That’s a lie. No one has asked me that, but I think it’s a great question.)

Not lying has made me accountable for being as honest as possible in all I say, do and represent. I have developed deeper connections with the people I love and a reflective self-compassion. My unique little place in existence feels more vibrant because I have stumbled across a new way to love myself. I have found an exhilarating sense of peace with who I am. I am honestly more me.

I’m no longer sure I should claim that. Am I really living as fully as I can in every moment? Am I really giving my soul the absolute freedom to express all it is and can be? Am I really loving to the best of my ability?

Of course not. I would be lying to say anything at all with resolution. But sometimes I catch myself believing I am capable of extraordinary things like unconditional love and forgiveness. And if I wind up saying my vows again next year, I will be doing so honestly. I will be proud to offer the hand of the person I am always becoming. 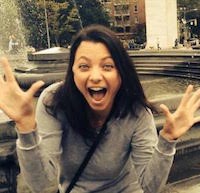