Nothing Lasts Forever: How an Atheist Copes With the Fear of Death. 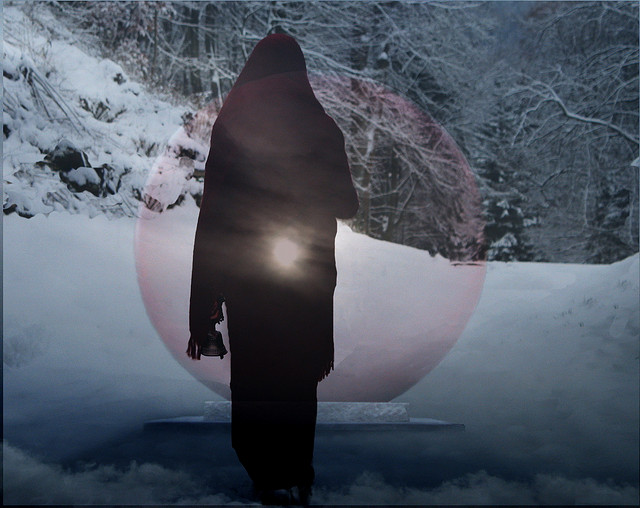 Simply reading the word can arrest us in our place, causing an instant tingling of visceral unease.

The certainty that our mortality will eventually be realized binds us not only in solidarity, but in fear. This fear has spawned the creation of hundreds of religions, over thousands of years, for the predominant purpose of foretelling a divine after-party in heaven. For many, the afterlife has offered the quintessential form of closing the eyes and blocking the ears—but for people like myself who do not subscribe to the stories, what are we to do?

After I lost my faith early on during my university years, initial feelings of liberation quickly gave way to a free-fall into an unshakable and ever-present fear of death. The lights are on, but one day they will be snuffed out and remain that way for eternity, never to reignite.

How could I face this?

Like many before me, I sought solace in science. The grandeur, wonder and the quest for understanding—all perfectly captured by the likes of Carl Sagan—provided a lens to sufficiently distort this inconvenient feature of my flesh.

The first of these distortions was the concept of luck. Richard Dawkins once wrote, “We are going to die, and that makes us the lucky ones. Most people are never going to die because they are never going to be born.” Poetically referring to the nanoscopic odds of our existence, the apparent miracle of inanimate particles giving rise to consciousness, or the vastness of the cosmos compared to the grain of space-sand we call Earth; these all represent the same attempt to conjure optimism.

Yes, it is. Alas, however improbable my existence, I am already alive to ask the question, and an end to my conscious existence seems certain.

This was the scary part.

I also found temporary reprieve by mooring myself to ideas, objects and phenomena that will outlive my own life. For example, passing my genes onto offspring, or the idea that the matter of my body will decompose and give rise to other life, thus being part of a continuing cycle of existence. However, these answers also had obvious short-comings.

Firstly, we know in the next five billion years our sun will swell and perish, extinguishing any possibility of life on Earth (of course, if humans have not already done the extinguishing). Furthermore, it is scientifically uncontroversial to say the universe itself will eventually succumb to a “heat death;” a time in the very distant future when all matter and radiation will have decayed and dissipated, leaving the cosmos eternal in darkness.

How was I to overcome these jangling and desolate facts of impermanence—not only of my consciousness, but the universe in which I find myself? Deliverance arrived whilst meditating by a river late one night: the self is an illusion. Though I am certainly not the first to notice a connection between concepts of no self and death, this moment of realization has been deeply etched in my mind.

There is simply no essential or fundamental core to my self.

For instance, am I the same person I was as a child? The atoms that make up my body are different, just as my thought processes, personality, memories and knowledge that accompany me in each scenario are too. Not only can my brain be altered throughout my life by trauma, disease, drugs and aging, every momentary experience I have is changing my nervous system at some level. However permanent, however small or large, neuroplastic changes are relentlessly altering the wiring of my neurons.

What is it to say that I am a single pervading consciousness when the brain that constructs that consciousness consists of many different working parts, each of which are in relentless flux.

Recognising the illusion of self helped me re-conceptualize death. “I” am dying as each moment fades, just as all the “I”s have done in the past. The seven-year-old Steve does not exist anymore, but neither does the Steve who wrote the last sentence. Although this may sound heart-rending, “I” am also being born with every new moment that comes to light. The comfort found is although the stream of “I”s that connect one moment to the next will end, for any single “I” this is inconsequential. Each one is fully constrained to the present moment, and their existence ends in the present. I have been dying all my life. This fact hasn’t bothered me thus far, and nor should it in the future.

Echoes of existential angst continued to bounce around the walls of my mind: the process of “I” being born will eventually cease. However these anxious reverberations could be dampened by reminding myself I was mourning something that will never exist.

When I grieve the death of another, I am experiencing a loss in the present; the absence of joy I once gained from having a relationship with that person. Arguably, the closest relationships I can possibly have are internal; those with past “I”s and envisioned future “I”s. Fear of death is, in a sense, grieving the loss of future “I”s. I noticed that this was a loss I was wholly creating: I would manufacture a future self in my mind, have a relationship with that future self, and then suffer its imagined demise.

Whilst not the tonic of immortality, mindfulness meditation was the antidote I was looking for.

Mindfulness is straightforward in theory; it doesn’t require specific chants or mantras, includes no superfluous beliefs in spirits or deities, and is simply the art of paying close attention to the unfolding of experiences in the present moment. Although mindfulness has generally been viewed as dental floss for the brain—the extra effort some take to improve stress levels and concentration—it can achieve so much more.

By truly being present, I can catch a glimpse—first hand—that the self is not what it seems. I can look for a self, separate from thoughts and sensations, and find it’s simply not there. By seeing the self is an illusion, I could start to free myself from the unfounded attachment to fictitious future “I”s. In doing so, I found that death, as I tended to view it, was a mirage on the horizon.

Though I am not completely inoculated from worries of my transience, at moments of reflection I can remind myself of one thing: There is only the present moment.

What Death Teaches Us.

Incredible Words of Comfort for Someone Suffering the Loss of a Loved One. 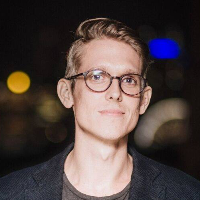