Our Unspoken Addiction to Emotional Pornography. 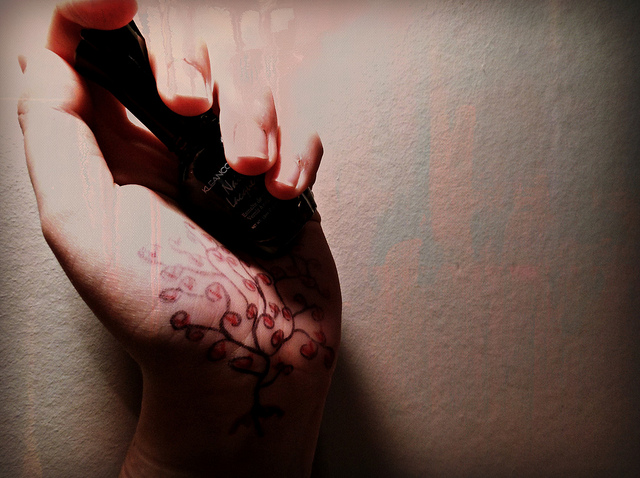 “There seemed to be no stop to the endless excavating of hurt and resentment and grief.” ~ Brené Brown

Dare I suggest that beneath the mask of decency most of us are obliged to wear in society, that the homes we grew up in are more similar than they are not?

As I reached for another box of Kleenex, my mother kindly reminded me that “emotions won’t fix anything,” that I’d better stop wasting time on feelings because they won’t change the past, nor will they shape the future. It’s most useless, and I should not be so weak.

Emotions are useless, discussing emotions is frivolous… Miriam Greenspan was correct to say that our culture is emotion-phobic. So we de-value emotion; we shun emotion. Such social conditioning leads us into adulthood (by age, not maturity) with profound disharmony—some of us never quite truly arrive—our body usually gets there first before any other part of us.

Some of us never grow into adults. So what becomes of us?

“A child who does not grow into an adult does grow into something. A big ugly kid. There’s a lotta big ugly kids in the world. These kids find you from time to time, and try to f*ck up your life. Basically, they try to kill you. But they’d much rather die themselves. That’s my opinion.“

Actually, that’s John Patrick Shanley’s opinion, the opinion channeled through Fifi in The Big Funk. There’s so much rawness, honesty, and hurt inside The Big Funk, that when the time came to memorize my lines, it just spilled out of me. I was filled to the brim with the same narrative, as though Shanley and Brené and I all grew up in the same house.

Because, “whatever house you were raised in, even if you successfully left it, leaves a certain smell on you… People who were raised in a similar house, but stayed in the house—if you know what I mean—they can smell this smell on me,” just like I can smell it on them.

But there is a sharp difference. The houses may smell the same, feel the same, but something was missing.

In the household I grew up in, no matter how dark or violent things got, I never understood why we didn’t talk about the hurt that was so present. We never addressed matters from the root, and consequently, the hurt kept piling up, kept building, kept chandeliering. There was so much that was unspoken. Yet, I felt deeply, and with acute sensitivity, but the communicated experiences were one of extreme narrowness—anger, passive aggressive behaviour, cold war.

I had no access to emotional language—not the degree I needed to establish a mind-body connection. There was a deadness inside of me. It was a deadness that was cultivated, because I had started to work at 14—a time when I was very petite in size, underdeveloped because I hadn’t even gotten my period then, and very much an introvert. The workplace was no place for a girl like me, much less a version with emotions. I wanted to be taken seriously, so I overcompensated. If there had been a contest of who could be the most robotic, I made sure I was primed to win. But you can’t live on a dry well.

Ten years later, I am routinely reduced to a puddle of tears on the stage of the Meisner studio I trained at after I graduated from the acting program at the Film Academy, because the more you feel, the more you want to feel. Raw, real emotions can be so addictive, and Shanley’s work is like crack. Riveting.

I never had an emotional vocabulary until acting lessons. Then I had it all. What once was so obscure was brought to light with such crystal clear focus, attention, and study. It was a ferocious and aggressive education. I was engulfed, I was exhausted, but I was at last alive. Conservatory then became something else—a deeply psychological experience, with a strange dichotomy—it was therapy and addiction all in one.

We acquiesce to the politeness of society. We acquiesce to the wicked things of silence. We acquiesce because we fear emotion. Yet, we act out our endless fascination with it, we act out our obsession through the consumption of all that’s charged with high emotional intensity—reality TV, news, talk-shows, all that’s rated R… Sensationalism lives because it mocks the silence of polite society. Sensationalism lives because despite our fear, we all crave to feel…something, anything, everything.

“We are a nation of emotional spectators. Our obsession with watching emotional intensity and experiencing it vicariously is actually a kind of addiction to emotional pornography. People who chronically suppress their emotions need to have their emotions artificially stimulated…but it’s only ersatz emotion—it doesn’t teach us anything about ourselves or the world… Without the free flow of emotional energy, we’re all deader than we want to be, and like any addict, we want a fix that makes us feel better—something that allows us to feel more alive and cellularly connected to emotional energy… In getting lost in the emotional lives of distant others, we have multiple opportunities for vicarious emotional experience and release. But they only erode our capacity for authentic emotional connection.” (Mariam Greenspan, Healing Through Dark Emotions, P.67)

I’ve always felt a sense of peace at orphanages. Perhaps because there, there is no pretense of the perfect household, and we all smell the same. Aside from theater, perhaps this is the only other place where by default, it is okay to show our wounds and scars. The children I’ve met at the orphanages are not the big ugly kids like Fifi warns you about in The Big Funk. The children I’ve met there are among the strongest and most courageous human beings I have encountered. They have become so because they had confronted the pains and truths before they were taught to suppress and disguise them, the way fragile society has conditioned us to do, in every pristine house we furnish.

In fragile society, so much is unspoken. Our addictions are unspoken, as our pain is unspoken, and hurt people hurt people, because you can only give what you have. Emotional pornography can only give us moments of temporary escape through vacationing in someone else’s life, someone else’s home. But until we address our wounds openly, until we address our own alchemy, we will never find the wholeness we yearn for and tirelessly seek.

So much is unspoken, so perhaps it’s time to speak about it. Because all that’s unspoken have made us runaways, and running away doesn’t make us free.
~

The Truth is Out There: 8 Qualities of The Raw Truths We Seek.

XiRen Wang is a nomad turned New Yorker, an actress, musician, and writer. Her columns are essentially the life lessons she’s missed from all the years of elite educatio… Read full bio