Please Stay Out of My Divorce. 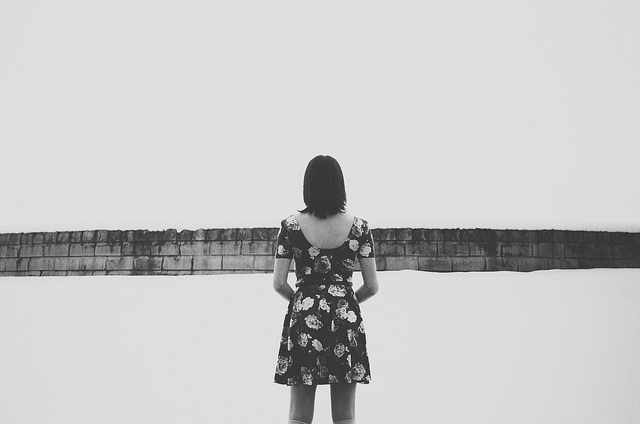 I met one of my friends—I’ll call her “Jen”—at a downtown coffee bar last week, and over honey lavender lattes, she spilled the beans about her divorce.

I knew some of her story, but as we sipped and stirred the white cream hearts inside our mugs, she told me details she hadn’t shared with many other people.

Jen has had a tough year. Her struggles began when she discovered her husband of 15 years was having an affair. She was determined to maintain her marriage, though, and she took him back a short time later. Just when she thought they were healing, she found out he was still seeing the other woman.

By the time she made the decision to file for divorce, she had already struggled with some serious demons. She was emotionally lost and financially ruined, and she not only faced her own guilt, wondering what she could have done to keep her husband from wandering, but she also struggled with family and societal guilt; marriage, after all, is a life-long commitment, and it was one she had taken seriously.

It was over. Her husband said and did many more hurtful things, and to be honest, in her own pain, she probably did things, too. There was no reconciliation to be had, and the anger and misery in the house began to seriously affect their children. With more than a little forethought, Jen moved out and began the tough task of rebuilding her life, one day at a time.

As I listened, I realized how much of her story I didn’t know, even though we have been friends for years. She hadn’t shared much of it, even when it took everything she had not to scream it from the rooftop, because she wanted to protect her children and salvage as much of her dignity as possible. Airing her dirty laundry publicly is not part of her character, and I admired her for taking the high road.

Still, there was something that had just happened that bothered her. The day before—the day she signed her divorce papers—she changed her name on her Facebook account and posted a photograph of her cute new living room furniture with the caption, “New room, new start!” After a year of biting her tongue and putting up a brave front, it was her way of letting her virtual world know that things had changed.

Immediately she got one response, then another. And more. Some were posted to her wall, and others came as private messages. Most people were supportive and loving, but there were a handful of people who weighed in critically, telling her that she needed to try harder, that divorce was bad for her children, or that they were so sad to see such a perfect couple breaking up.

As Jen showed me the posts, I flashed back to my own divorce and comments I’d received. Like I had done, she was fuming. After all, these people didn’t have any idea what she had gone through, and she felt they had no right to judge her or make her feel guilty.

And she was right.

What is it about social media that makes people say things they would never say to our faces? No one would knock on a neighbor’s door and tell them they should try harder to keep their marriage alive. No one would approach a co-worker’s desk and say, “Gee, I heard about your divorce…have you thought about your kids?” Yet people feel oddly empowered and entitled to say these things online to people they haven’t seen since high school.

Sure, divorce is a tough thing. No one gets married thinking that someday it will end. But for friends or acquaintances—even good friends like me—to think they know enough about what has happened behind closed doors to be anything other than supportive to those going through it is just not okay.

For those who aren’t close enough to be privy to the details, for the sake of all that is holy, stay out of it.

It is arrogant to assume that, without your input, someone going through divorce would not understand the implications of it. It is pretentious to think that, if you don’t say something, someone like Jen may not understand the sanctity of marriage or how sad it is that things didn’t work out.

Our role is not to judge. Our role is to listen, when they’re ready, and be a mirror to allow them to see, accept, and love themselves, warts and all, the same way we do.

On behalf of all of the Jens out there who are going through divorce: take them out for coffee. Let them vent. Let them laugh. Let them cry.

But please. Stay out of their divorce.