The Beginning of My Spiritual Journey. 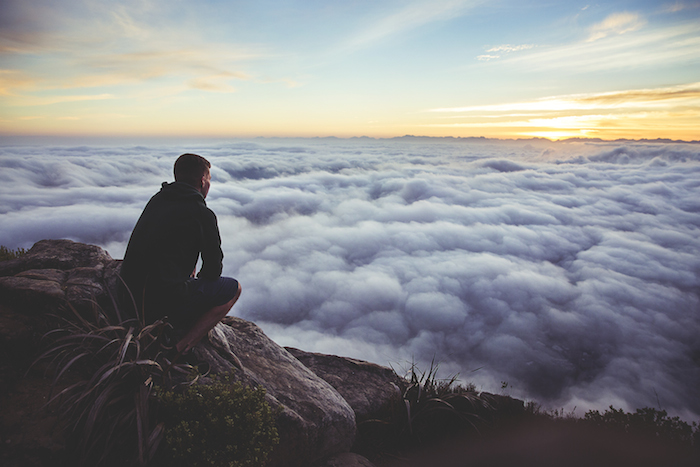 I never thought that I would get into the art of meditation.

It never seemed that appealing to me.

Up until a year ago, meditation seemed silly and new agey to me—I always envisioned that it was for people with funny dots on their foreheads trying to predict the future.

But like most things in my life, I discovered it in the strangest of ways.

A year ago, I was having the worst experience of my life on a mushroom trip. I was at a get together with a bunch of people who were not really my friends, and me and my buddy were the only ones who were tripping (to be sure, this is typically a really bad idea for when one is partaking in psychedelic drugs).

I was realizing that a lot of my “friends” weren’t really my friends—they were just kind of there, and they were having a hugely negative impact on my life.

I was coming to the realization that I let what other people thought of me control the way that I thought of myself. I was realizing the power that others can have over us if we let them, and I was tripping b*lls. Instead of the normal vibrant patterns and giggles that come from a trip, this trip was getting very dark.

I was able to handle it for a while, but his girlfriend helped me fix my man bun at one point, and he called her a basic bitch while she did this. I’m no white knight, but his girlfriend had always been nothing but a sweet heart to me, and his vibe was really beginning to irk me.

At one point he gave me a glass of salt water to f*ck with me during the trip, and after that I didn’t want to be in the room anymore, and so I closed my eyes and I caught the first glimpse of things that lie in my inner-world, all people’s inner-world, really.

I had accidentally meditated for approximately 15 minutes, although I can’t quite be sure of the amount of time. I heard the door close, I opened my eyes, and the only people left in the room were people that I considered real friends. At this point in the trip, I came to what I thought was the most profound realization I’ve ever had: I realized that I look at things the wrong way.

I looked at my friend and with misty eyes of joy, exclaimed “I look at things the wrong way!”

“I think we all do sometimes” he replied.

Then we both laughed, because it was so simple, and yet completely profound.

I had been depressed for the past year, I was turning 25 soon, I was still in college and I felt completely inadequate as a person. It seemed like everyone I knew had their shit together. People were getting married, had good jobs, a higher social status than me, and the way that I saw it, they were all happy.

But I wasn’t lagging behind, and I knew that those people weren’t necessarily happy just because they said so on Facebook. I was just on a different path. Sometimes, I think that we forget that the paths that we travel have nothing to do with happiness or peace of mind. Even getting your dream job and having everything work out the way that you want it to won’t necessarily lead to happiness.

It was almost as if I was seeing their inner worlds as well.

At one point I started giggling and told them “You guys, I’m telepathically communicating with you all right now.”

They said “Shut up you dirty hippy.”

And I chortled “I knew you guys were going to say that!”

Then one of them proposed that we go to the bars. I was hesitant at first, but at the same time, I was in a state of mind where I could literally see just how much each decision I made affected those around me. And to the bars we went.

I ran into people I knew from school, and the same thing began happening. I could literally see the memories that I had made with people, and they weren’t concerned about my social status. They saw the goofball who told jokes every chance that he got in class. They saw me as the guy who says hi to them when he saw them around campus.

I was literally getting a third-person perspective on the way that people viewed me, and it was wonderful.

I was shown how interconnected all people are that night, and this direct experience has helped me immensely as I have continued my journey.

I’ve realized that we are all on spiritual journeys, some of us just do not realize it.

I began meditating on a regular basis after that, and I just completed a 10 day meditation retreat, and it was all because I accidentally meditated on mushrooms. I don’t think that I would have figured out all the things that I was shown that night if I hadn’t begun meditation. Psychedelics and meditation go hand in hand, and I think that we can miss the point of the insights that we get on psychedelic drugs if we are not used to exploring our inner world.

So, I guess my title is a little bit misleading: I didn’t start my spiritual journey here, but this was the day that I realized we are all on spiritual journeys—as hippie-ish as this may sound.

Until my next instalment, farewell fellow travellers.

Photo: via Joshua Earle at Unsplash 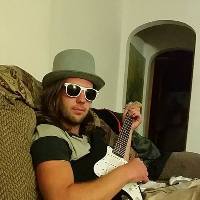