The Ghosts of Lovers Past. 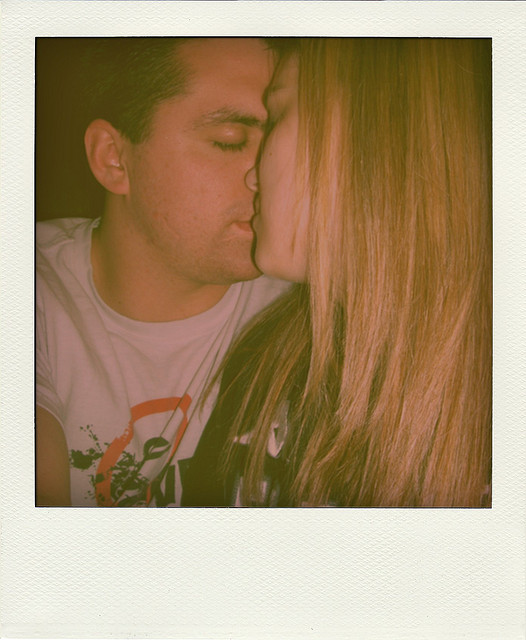 This past week, I was confronted with a piece of my past that was both incredibly painful and also profoundly necessary in my spiritual growth and making me the woman I am today.

I came face to face with someone I had had an intense emotional and soul connection with for a brief period in my life. It was a meeting I knew would happen one day and one I knew I would never be prepared for, as I didn’t know where I’d be at that moment in my life, nor how I would feel when I eventually saw him again.

For many years after our brief encounter in each other’s lives I may have said that our emotional connection to each other was a “mistake” or something I should never have allowed to happen because of where I was and where he was in his life. Yet, with time, we all see more clearly the purpose of significant people who come in and then leave, no matter how brief our time together was.

People come in as life preservers. They are thrown at us when we’re drowning and we have no choice but to grab hold of them and allow them to save us.

It’s only many years later that I can say with full bodied confidence, his purpose in my life was divinely orchestrated and absolutely necessary to open my eyes to the fact that I was drowning at all.

I would have told you at the time that I was sailing in a pretty calm and perfectly nice lake, even though it wasn’t quite the body of water I imagined I’d be spending my days.

The truth was, it wasn’t until he came into my life that I was forced to call bullsh*t on myself and the story I was telling everyone. I had a lot of hidden demons. I was suffering in silence on so many levels and telling everyone, including myself that I was “fine.”

The year that followed him exiting my world was deeply painful, emotionally terrifying and filled with so much angst and confusion, I blocked it out for many years as if it never happened at all.

I still remember with a pain in my heart those initial months that followed. I was broken completely open and forced to peel myself apart like an onion, revealing layer upon layer that I never knew existed and then face the things I knew were no longer working that I was too scared to let go of.

What he was solely responsible for, that no one else had ever done up until that point in my life, was hold a mirror up to me to reveal my shadow side. The one we all have and the one that I denied existed. Good girls don’t have a dark, shadow side.

My entire life changed because of him. I don’t think he knows this. In fact, I know he probably does not.

Who I was at my very core, my long held beliefs about love and relationships and the world were changed because of that experience. It was the beginning of my allowing myself to stop trying so hard to be perfect. I exposed myself to my inner circle of friends as a woman who was human…who made mistakes, kept secrets, had needs and desires I didn’t want to admit…and who didn’t know herself at all.

I had to admit my life was a complete f**king sham. And then I had to ask for help.

These were two things I had never done in my 30 years on the planet.

As most of our lives go, the years that followed were filled with much joy and even more sorrow. I went on to find the man I thought was the love of my life, and had two beautiful children with him.

Over the years, I often thought about this other man, wondering if he was happy and hoping that he had found peace in his own life, as I had finally found in mine.

But when our paths crossed again most recently, my life was in a much different place than those first initial years that followed his exit. I had my two beautiful children, but that love I had found was gone and I was in a place I never dreamed I would be.

So when we unexpectedly ran into each other after all these years, I did what I do best: I put a positive spin on my current circumstances. I talked casually about work and my children and laughed off the deeply painful pockets of my past with a wave of my hand and a flippant “Ah, ya know…I’m doing fine. It’s all good.”

I reverted back to the person I had been when I met him. The one who covers up her pain and insists “I’m fine” when I don’t want to deal with what’s really there.

It wasn’t until a few hours later that I could feel the quiet stirrings of emotions I didn’t want to feel. The ones that screamed “Bullsh*t. You’re not okay. It still hurts. What happened to you still hurts. Why doncha just let yourself cry like you want to?”

But when I woke up the next day, as I was going about my normal Saturday, doing laundry and making the kids breakfast, I broke down. The tears flowed like a river that had broken free from the dam and I couldn’t understand what was happening at first.

But then I knew. I knew this feeling well. Shame. I was filled with shame.

My “I’m not enough” wound came bubbling to the surface and started silently screaming at me that I’m a failure.

I’m divorced. And I’m ashamed about that. I feel like I am damaged goods. That nobody will ever want me because of my past.

I cried remembering a moment in our conversation when I was talking about my kids and he said, “I know it must be hard doing it alone.” And he looked so sad for me. I felt his sadness for me the way I can feel my daughter’s breath on my face even when she’s not with me.

And in that moment, I realized once again what this man’s purpose was in my life—what it had been all along, and was now—because it’s come full circle.

He taught me that life doesn’t always look the way we think it should. Because really, how should it look? Where is it written, that it should look a certain way? That it needs to be a certain way for us to be proud of our life and of ourselves?

Why should I feel ashamed of my own life? The things I’ve done and what I’ve managed to make of it and of myself in the midst of some pretty horrific sh*t I didn’t plan on happening is something to be proud of, no matter how I got there.

No…my life doesn’t look the way I thought it would 10 years ago. But it’s still beautiful.

My heart is still beautiful. More so because of the painful lessons I learned along the way and the way I had to piece it back together into something new…something I feel is profoundly better.

And I hope he knows that his part in it is not something to look back on and feel bad about because of what I went through afterward, but to know that the universe used him as one of my greatest teachers.

And I am far wiser and more awakened because of him.