The Surprising Parenting Insight I Gained from Post-Partum Incontinence. 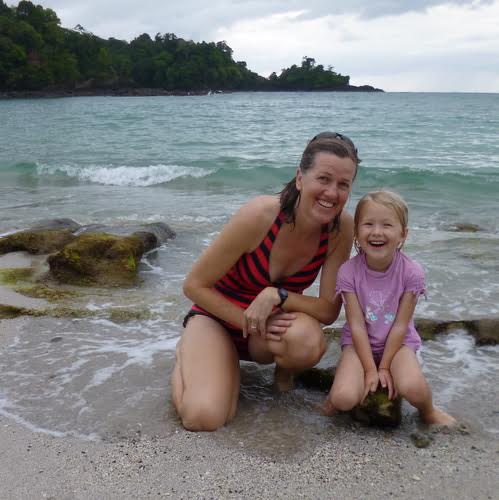 Even though I’ve been immersed in personal development work for nearly twenty years, I’m still surprised when self-awareness arises from a totally unexpected experience. This is a story of one such “wake up” call that radically altered the way I view my role as a mother.

My daughter and I were at a local creek with another mother-daughter pair. As our girls explored for rocks and splashed in the cool water, my friend and I engaged in some good old-fashioned “girl talk.”

Kat, whose daughter was then two, talked about her recent visits with a pelvic physical therapist. She was enraptured by how this woman was helping her recover the bladder control she’d had before her daughter was born. I was a bit amazed that changes she described could be achieved two years after childbirth had altered her body’s urinary tract and pelvic floor.

My own daughter was four, but given Kat’s glowing recommendation, I determined there was hope for me and my body too. “I’m going to make an appointment,” I excitedly declared. “I’m tired of peeing on myself and I hate wearing a pad to catch leaks.”

The next day, I called the office of Kat’s physical therapist and scheduled my own pelvic physical therapy appointment. In the preceding year, I’d leaked urine during some of my strenuous exercise classes. And though no one else ever knew, it bothered me. I thought it was just my new normal. But as it turned out, though childbirth certainly affected my body, stretching of the pelvic floor muscles may not have been the only cause of my incontinence.

To pee or not to pee.

Growing up, I learned that you peed in the morning when you woke and at night before going to sleep. And before any lengthy car ride (or other excursion that was likely to put toilets out of convenient reach), my parents stridently insisted that I “go pee.” For me, urinating at these times and many more throughout a given day was normal. What my pelvic physical therapist, Ruth, told me, however, was that in my case, I was peeing too frequently. “Your bladder is controlling you rather than you controlling it,” she politely chided. In other words, my normal was neither normal nor healthy.

So why am I writing about my bladder and pelvic floor, you might ask. The secondary reason first: if you have any issues with your own pelvic floor, I highly recommend seeing a pelvic physical therapist. Though my body has changed from the one I had prior to giving birth, my bladder is no longer running the show, and I can again exercise without peeing on myself!

The primary reason for sharing this story however, has to do with how this experience has dramatically shifted my parenting.

My husband and I have had an easy ride with our daughter regarding all things pee and poo. We hadn’t been troubled by any issues in this area—until I learned about my incontinence and its causes. Like my own parents, my husband and I were adamant with our daughter about peeing upon waking and before sleeping and using the toilet before leaving the house for any length of time. If our daughter’s response to my reminder to do her morning potty was “I don’t have to pee,” I wouldn’t believe her (based on my own frequent need to urinate). My typical rejoinder was to tell her, “That’s just what we do in the morning. You’ve gone 10 hours without peeing. It’s not good for your body to hold pee that long.”

Thus I was taking my history and my “normal” and basically telling her that this was reality, when, in fact it was merely my personal experience. I was dismissing or minimizing her own self-knowledge and body awareness and substituting my “authority” as superior and more trustworthy. Without even realizing it, I was teaching her to ignore, invalidate, or doubt her own self-knowledge and body awareness.

All of this runs completely counter to my commitments as a parent. I trust my daughter as the one who knows herself (and thus her own body) better than anyone. I am committed to parenting her with respect for her autonomy and faith in her abilities. Though it was most evident in how I was demanding compliance to my “rules” about urination, I could see that my controlling behaviors didn’t stop at the bathroom door. When I emphasized that she eat “two bites of everything” on her plate, I was substituting my desire for her needs, unconsciously making her self-awareness inferior to my “knowledge.” Insisting that she put on a coat despite her assurances that she was fine without one was another way I was over-riding her personal autonomy with my parental authority. Though I’m by no means an evil dictator, it was evident to me that I had assumed the throne of omniscience, parenting like a mostly-benevolent monarch rather than the trustworthy, supportive and loving mom I intended to be.

Go or don’t go. You decide.

Since this awakening, I’ve changed a number of things about how I interact with my daughter. On the topic of using the toilet, I no longer remind her to pee first thing in the morning. I ask her if she needs to pee before we go somewhere but don’t insist that she does. At bedtime I sometimes ask and sometimes say nothing on the subject. Basically, I abdicated my potty training throne and started leaving the pee-related decisions to whomever is doing the peeing.

I’ve relinquished my crown in other areas, too. Mealtimes are more peaceful because I’ve stopped spending my time policing my daughter and harassing her to eat this or “try” that. If I’m concerned that she’s not dressed for the weather, I pack or bring the clothes I want her to have “just in case.”

Mentally, it’s much easier to parent by merely replicating what we experienced as children. It’s what we know and it comes “naturally” to us. But I’m not content to do things because they’re easy. I intend to build a relationship that is mutually-respectful, no matter what. A year after I first discovered my habit of usurping my daughter’s power, my belief in my own superiority still shows up on occasion. Whenever I notice that I’ve treated my daughter’s authoritative voice as less valid than my own, I look for ways to restore the balance of power in our relationship.

When I wrote vows to my daughter a few weeks after she was born, I promised to take a conscious path as her mother. I committed to do what I could to allow her to stay in touch with her true self, to trust herself and to live as she was meant to live, not just the way I thought she should live.

Thanks to the new choices I’m routinely making since my incontinence “wake up call,” I’ve come a bit closer to living my vows and having the mother-daughter relationship I truly desire. 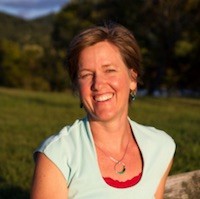