Why the Solution to Oppression is not more Oppression. {Adult} 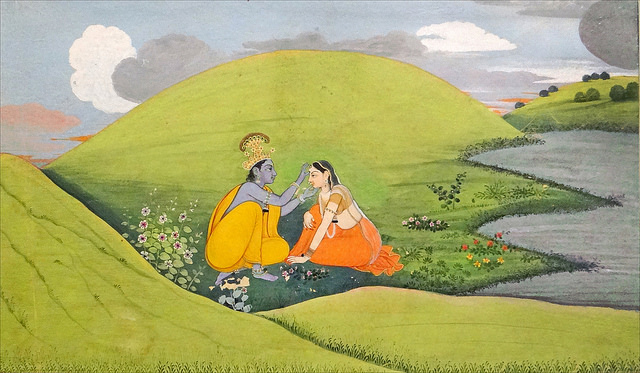 I would guess that, as a man, I would be labeled as an ignorant and insensitive asshole if I were to start making broad generalizations about women.

Yet I notice, oddly, how many women do the same exact thing to men.

Recently, I was chatting with a female friend of mine about this hot thing right now called “OMing,” or “orgasmic meditation.” If you haven’t heard of it, I recommend looking it up on YouTube quickly. I thought it seemed cool enough, and I’m happy people are able to explore it, but I found some of it to be a bit contrived and hokey.

“Orgasmic Meditation (OM) is a consciousness practice that is designed for singles and couples to experience more connection, vitality, pleasure, and meaning in every aspect of their lives. A partner strokes a woman’s clitoris for 15 minutes with no goal other than to feel, connect, and be present. With practice, you develop a larger state of consciousness, have better intimacy, and stronger connection” ~ OneTaste.Us

In wanting to understand the appeal of it, I asked my friend her thoughts and she replied that it’s great that it’s all about women, because men only care about getting their dick wet and care little about a woman’s pleasure. And that it’s great for men because it allows them to sit still and focus on something for a set period of time.

In that moment, I didn’t say anything, but it obviously stayed with me—I was a bit shocked at the ignorant and oppressive generalizations that were used to justify the practice and the poor view of men that it reflected. On its own, her view wouldn’t be a big deal, but I’ve heard similar things on so many different occasions and in so many outlets that I started to take a deeper look at a lot of the doublespeak and language of “the divine feminine and masculine.”

Below are three examples of how this kind of behavior shows up under the guise of being about higher consciousness and empowerment, but often are just back doors for manipulation and recapitulating the identical programming that it is claimed to be an alternative to.

If we want freedom from the feeling that someone’s above us, then we have to be able to let go of the need to have someone below us and thus, truly open ourselves up to trust, faith, and flow instead of merely saying the right slogans and joining the cool clubs.

This is a request to validate and medicate insecurity and absence of self worth, as exhibited in the need to attach oneself to a false and elevated image—which actually only reaffirms the hierarchy and oppression despite its intention to be an alternative.

Would it be politically correct for me to say I want to be treated like a king and a god? How does reinforcing the oppression of hierarchy—by flipping to the other side of the coin—really change or heal anything? What about just simply walking away from the whole paradigm and not rearranging it under spiritual imagery? That would be an actual alternative, or at least an open door by which an alternative may appear.

2. The gifts of the divine feminine and masculine.

This is a way of reinforcing and being controlled by socially conditioned gender roles under the pretense of spirituality and higher consciousness.

It’s just repeating division and compartmentalization Instead of realizing that maybe many issues are more of a human issue than a gender thing. The more we cling to and worship imagery and flowery language, the less in touch with reality we are and the more we skew and distort our true nature.

Countless times, I have seen and heard men and women justify the most heinous ideas under the pretense of this false dichotomy, kind of like the examples I gave earlier. What I don’t understand is how living your life under a new set of false dichotomies constitutes evolution and higher consciousness? What I mean is that if I were writing an article about Coke vs Pepsi or Ferrari vs Lamborghini, it seems likely that many people would find that to be of “lower consciousness and lesser vibration.”

What then does that tell us and teach us about viewing our lives in such limited, dualistic terms?

3. “I’m more in tune with and connect to nature because of my divine femininity, thus my feelings and emotions are more important than yours because I am a divine feminine goddess.”

This is an imaginary false hierarchy that says one person can be more connected to nature than another. Last I checked, we’re all breathing, eating, digesting, sleeping, and moving—which are natural processes based in the rhythms of the natural world, of which we are all a part of.

Again, it’s more division and compartmentalization whereby we truly believe some part of ourselves are superior to others and those of us “in touch” with that superior part are thus superior to other “lower” people.

This gives us an excuse to hold others hostage via emotional blackmail and exaggerated self importance. This type of thing is offensive not only toward men who may also feel things strongly, but also women who may not be as emotional or “feelings-driven.”

The reality is that we’ve all been abused in some way or another, so how useful is it to argue about who’s better or worse and who is more or less entitled? How can we really heal division with more division, compartmentalization, demonizing, and vilifying?

Everybody has feelings—some more strongly than others, some in different ways than others—but who is really to say what is really what?

It all depends on what it’s being compared to and under what conditions. So let’s stop blackmailing and holding each other hostage. There is a real obsession with the insistence that our emotions have to mean something and thereby be explainable through certain pop-psychological theories. This is actually a subtle form of violence and limitation, in that if we experience an emotion that is not in alignment with our previous label or diagnosis, then we are quite likely to experience great conflict and even further turmoil.

Instead of arguing over better or worse or which is more equal, how about just setting the whole paradox aside entirely and moving on with our lives?

If we really want to put an end to these things and heal, then we have to realize that it starts in our own garden.

To be honest with you, I have been abused and disrespected by men and women. I’ve met plenty of men who were scumbags and plenty who were genuine and kind. The same goes for women, so perhaps the issues aren’t really gender or “the divine masculine and feminine” but more so with basic human awareness.

If we can’t be real with ourselves because we have to medicate and hide behind politically correct soft language, spiritualized double speak, and false images, how can we really expect an authentic connection to exist?

If we lack the self respect and esteem to see ourselves as we are and be who we are, then what real foundation do we have to build true love?