Vegan, Vegetarian or Pescatarian? Choosing our Diet starts with Awareness. 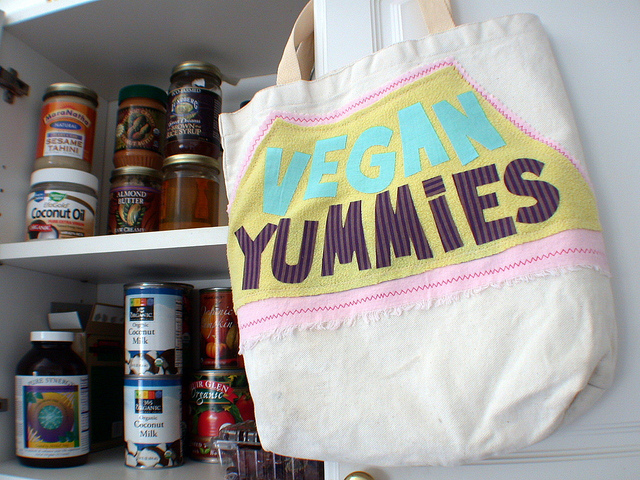 I don’t eat meat, but I do eat eggs, seafood and a bit of dairy. (My cousin Di’s homemade goat’s milk feta—produced from goats she and her boys raise and milk by hand—is the main reason for the dairy.) I also eat fruit, tons of vegetables, whole grains, nuts, legumes, wheat, gluten, sugar, caffeine, soy and potato chips.

I guess that makes me human. And a lacto-ovo-pescetarian (a vegetarian who eats seafood.) But what’s in a name?

Some definitions (not that they matter):

Pescatarian: A person who does not eat any animal flesh with the exception of fish and seafood. A pescatarian eats a vegetarian diet and seafood. (Pesce from Italian, meaning fish.)

Vegetarian: A person who does not eat meat, fish, seafood, poultry or game. Vegetarians, by definition, eat eggs and dairy. Sometimes this is called lacto-ovo vegetarian. Lacto is Latin for milk and ovo Latin for egg.

Vegan: A person who does not eat any animal products. Being vegan is stricter than being vegetarian. In addition to excluding meat, a vegan does not eat dairy, eggs and in some instances, honey, because it comes from bees.

Me-gan: A conscious, compassionate eater who educates herself on how food is produced, notices how different foods affect the way she feels, and then makes a personal choice about what or what not to eat. A me-gan does not proselytize, but is confident and guilt-free in her personal decisions.

This topic came up inadvertently the other night when my friend Chris and I were discussing what to have for dinner. I suggested sushi, to which he replied, “Uh…” So I countered with, “I have a bunch of veggies from the farmer’s market, we could have some sweet corn and heirloom tomatoes?” (My favorite late summer meal.)

You can imagine my surprise when he didn’t jump up to start boiling the water, but instead blurted out, “You know, I’m not vegan.”

Apparently, he felt rather strongly about this as he continued, “Sometimes I just need to eat a big burger and fries. My concern is that if I eat vegan meals with you (or apparently sushi), it might make me binge on foods that you don’t eat when I’m not with you.”

I don’t think I’m judgmental about what Chris or anyone else chooses to eat, but I admit it is a bit strange for me when I’m out with someone who tucks into a piece of charred flesh. And if I’m honest, I do peer curiously (or is it judgmentally?) into a fellow shopper’s basket at the supermarket

I acknowledge my hypocrisy in devouring a perfectly cooked piece of beautiful, wild-caught, sockeye salmon, while swearing off organic, free-range beef. A salmon has eyes just like a cow (although not nearly as big), and was happily swimming along in some crystal clear Alaskan stream before being plucked from the cold waters to have his skin crisped in my hot skillet. Do I want to be judged for this? No. So live and let live—well, as the case may be.

Although I may unconsciously judge others for their decision at times, my honest intention is to eat with awareness and allow my dining companions the same freedom.

Eat in a way that works for your own body. Eat in a way that coincides with your personal philosophy and allows you to sleep at night. (Quite frankly, the reason I don’t eat much dairy is selfish. With the exception of organic ghee and my cousin’s goat cheese, I find dairy doesn’t agree with me. It’s a conscious choice based on personal experience.)

On most nights, I’m quite satisfied with a plate of veg framing a scoop of fluffy quinoa. Occasionally, I’ll add juicy seared scallops to my plate. But that’s me, and my menu selection is a deliberate decision. I guess I’m a “me-gan.” Everyone has to draw her own line.

My hope is that those personal lines are drawn mindfully. Even though the less liberated me may unconsciously commit judgment crimes in the grocery store, I do believe in freedom of dietary choice.

I am also, however, unwavering in my belief that we need to educate our children and ourselves on where our food comes from and how it is grown. Personally, I want to know if the potatoes in my roasting pan were grown in organic soil, and if the kale I’m about to sauté was sprayed with pesticides. Were the chickens who laid my now-scrambled eggs allowed to see the sky? The answers to these questions matter to me and determine where I spend my money when I shop for veggies and when I dine out. It starts with awareness.

I pose a similar question to my meat-eating friends—do you really want to eat a conventionally raised chicken that has been pumped with growth hormones and antibiotics and raised in confinement never to see the light of day or inhale fresh air? If you do, bon appétit, but consider the facts before you decide.

Personally, I believe that for our own health, and for the health of our planet, we should eat more plant-based foods. But if we choose to eat meat or fish, I think it’s worth considering if differences exist between wild and farmed seafood; free-range and conventionally-housed poultry; and grass-fed versus feedlot-raised, corn-fed beef. And regardless of animal husbandry practices, if we are not vegetarian we must acknowledge that living creatures are killed for our benefit.

Arm yourself with information and then intentionally make your own call. Draw your line in the sand, but don’t stick your head in it.

You may be vegan, Chris may be he-gan, but let’s all be conscious me-gans. It’s the consideration that matters—not what you call yourself. 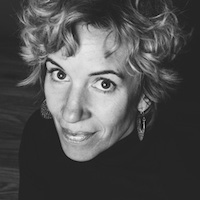