When Love Means Letting Go: The Reality of Compassionate Divorce. 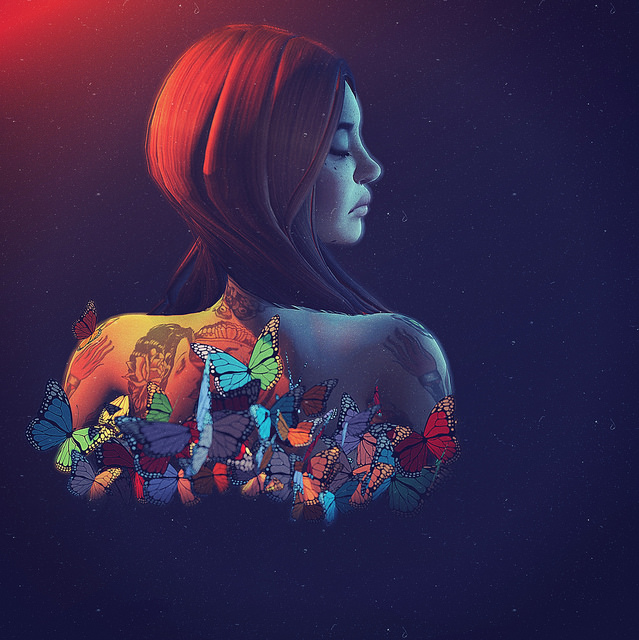 I remember the day my husband and I filed for divorce.

We got in the car, like we’d done nearly every day for 10 years, and drove to a blighted part of town to a place aptly named “The Divorce Store.” We went in together, signed some paperwork, paid a fee, and then went to lunch.

If that wasn’t unusual enough, we then went home and lived happily together for several more months, on separate sides of the house, still sharing duties like grocery shopping, cooking, and cleaning, and still watching movies and spending time as a family until our lease was up.

After more than a decade of raising children, sharing challenges and successes, and growing together and apart, it was sad, yet it was the most compassionate thing we could have done for each other. We loved each other enough to get a divorce and allow one another the freedom to fly in the directions our hearts wanted us to go.

We had shared so much together for so many years. There was no reason why we had to hate each other in order to be at peace with the fact that our dreams and desires for life had grown in different directions.

We didn’t plan it, of course. When we got married, we thought it would be a forever thing. We wanted to grow old together, to celebrate big holiday dinners together with our children and grandchildren. We wanted it all, and didn’t doubt that our love would carry us through.

Truth is, it did carry us through a lot. In the years we spent together, we each grew up and became versions of ourselves we’d always wanted to be, and we supported each other in that growth.

Speaking for myself, if it were not for my now-ex-husband, I could never have had the confidence, time, or financial ability to experience life as I did while we were married. I will always be grateful to him for who he allowed me to become. At the same time, I hope I paved the way for him to recognize his own value and purpose.

In the end, we had become two very different people. It is as if our lives had been on intersecting arcs, separate for many years by our very different backgrounds, then together for the very special time we were dating and married, then gradually growing separate again. We were roommates—kind, loving ones, but roommates nonetheless, for the last few years of our marriage, and as much as we wanted things to be different, they just weren’t.

It isn’t that we didn’t try. We tried counseling. We tried separating. We tried being apart for stretches of time. Each attempt was a short-term fix. We finally came to realize that neither of us was right or wrong. We are both amazing people. We’re just different people.

And so we filed for divorce. There was no fighting. There was no arguing over assets—we both wanted to be fair to the other person. Our children didn’t struggle because they knew all along that we loved them, and we cared about each other enough to not only maintain decency, but to remember and honor how much we’d meant to one another over the years in the process.

It has been two years now. It hasn’t been entirely without challenges. There were those first dates with other people. There have been times that both of us have been wrought with the sadness of loneliness, wondering if settling for a less-than-ideal marriage would have been better than spending holidays or long nights alone. There have even been moments of bitterness when we’ve felt anger that the other person couldn’t be who we wanted or needed them to be. But those times didn’t last.

For both of us, doors have opened that have shown us that there is something more fulfilling out there for each of us that aligns with each of our own paths. We are starting life—not over again, but having lived and grown enough to have a new perspective.

Today, we talk, we laugh, and we know we made the right decision. We will still attend graduations, weddings, births, and celebrations side-by-side, and I have no regrets that he is the one who will always be a part of my life through our friendship and through our children.

I am thankful for the years I shared with my ex-husband. We are both better people because we were together.

The Best Advice my Divorce Lawyer Gave Me.