Why you Shouldn’t Quit your Job & Travel the World. 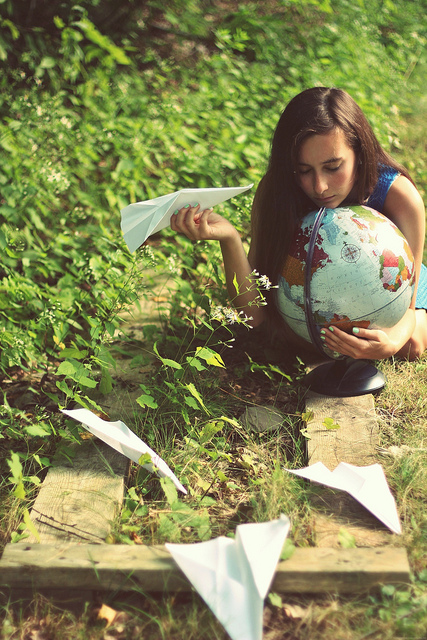 I want to quit my job and travel the world.

It’s a response I’ve gotten to one of my favorite questions: What do you want? When I hear this, it quickly brings me back to one of the most painful moments of my life.

I was working in a career that numbed my insides.

And in that place, I had similar thoughts. I wished to quit my J-O-B and travel. I envisioned sitting on a beach somewhere in Thailand sipping on pina coladas and making a bunch of money from a brilliant business idea.

Three years later, I booked a one way ticket to Thailand. And so I figured that all the problems that I had back home would also stay there.

For some strange reason, they followed me, and traveling the world became a new-formed identity that I felt myself clinging to, instead of the freedom that I thought it would bring.

I became enraptured by the feeling of chasing significance and wanting to be seen as less boring than I actually felt.

When I first began traveling, I would hop from one location to the next, craving more validation through the next picturesque Instagrammed landscape in hopes that I might just be enough.

After spending the better part of the last three years traveling through a couple dozen countries, I noticed that traveling this way stopped working for me. I wanted to have more purpose and direction in my adventures. I wanted to fully sink my teeth into the power of purposeful experiences.

I realized that my reason to leave and travel wasn’t wanting to create something meaningful.

It was just an escape.

I wanted to escape the pain I was feeling from my nine-to-five, half-committed relationships and what seemed like nobody understanding me. I wanted to trick myself into thinking that if I went somewhere else, my life would suddenly be different. I thought that my problems would somehow not follow me. (Hah! I’m still laughing about the last one.)

During those darker moments, I was so unhappy with my current situation that I held onto the belief that there had to be another way.

So when someone shares with me that they want to quit their job and travel the world, I often get a sense of what might be going on for them.

Potentially a tremendous amount of pain, a possible question of “WTF?” combined with loads of fear, feeling like a failure and a clenching desire for something else.

Although it’s comforting to believe, If I only had/did/experienced _________, everything would be better, it has never been the case for me. The missing piece to this puzzle has never been what I thought it was. And while I’m a huge proponent of travel, I began to see that travel without intention created more of what I didn’t want — chasing significance, feeling alone and wanting to be somewhere else.

With this newfound approach, I began traveling to places that would challenge my reality and force me to see things a different way. I became intentional about choosing where I visited. Even if it was as simple as, “because it feels right,” that counted for me.

Purposeful travel opened me up to experiencing more clarity in other areas of my life. Like choosing to only hang with people who inspire me, and doing work that engages me.

It has also got me to see that I didn’t need to quit my job or travel the world to experience what I desired most, but instead I needed to find or create what I was looking for. For me, it was a community of people who “get me” and are game for exploring the richness of life’s possibilities.

It’s become clear that in order for me to live an exciting and engaged life, I must continue to explore how I can be part of more experiences that align with what’s most important to me.

Unfortunately, it’s a curriculum that is skipped between high school graduation and university.

Yet, I believe getting clear on your values and non-negotiables (what you’re not willing to tolerate in your work/life) is the most important part of living a deeply satisfying life.

Personally, that meant trading in cubicles and Excel spreadsheets for an authentic connection and a contribution to something larger to myself.

So, if you’re feeling like quitting your job and traveling the world might be the thing that you’re missing, I’d like to invite you to consider what you think would be different then versus now.

I’m not telling you not to. Rather, it’s an opportunity to check in with the wisest guru of all time: yourself.

So, what’s behind your desire to shift into something else? An authentic connection? Someone to crack jokes with? Other peeps that get you? A deep sense of belonging?

Whatever it might be for you, there’s a community that is waiting to welcome you with open arms exactly where you are.

And although I had to travel around the world to figure that out, you don’t have to.

What Happened When I Traded in My Dream Job for My Dream Life. 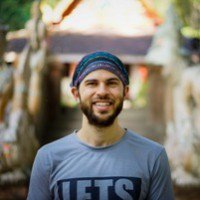 Joshua Barad is the founder and CUO (Chief Uncomfortablist Officer) of In The Middle Seat, a global training and coaching company dedicated to helping you own your story and … Read full bio