12 Nietzsche Quotes that will Light up your Life. 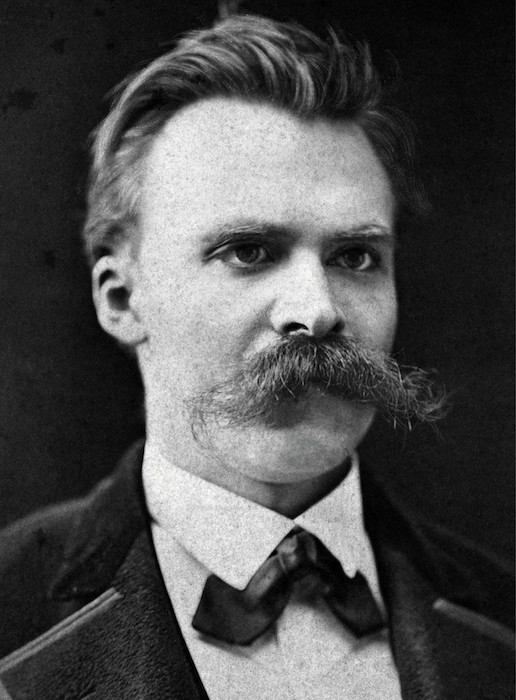 We owe Nietzsche a debt of gratitude.

He spent his life thinking instead of laughing or making love. He contributed much to Western philosophy, playing a role in who we are and what we think today.

Yet Nietzsche was a sick, lonely and often unhappy man.

He pushed us all down the road of “this isn’t it,” and each time we critique, try to change, or complain about how things are we take another step down that road.

“…the world as it ought to be does not exist.”

That is a dismissal of the way things are, and many of us engage regularly in resistance to what is. This causes a great deal of suffering. The world is just as it should be based on everything that has happened prior to this moment. This doesn’t mean that we shouldn’t work for change and improvement, it just means that wishful thinking alone isn’t going to make things any better.

But, he also offered us a world in which we could have great power by freeing ourselves from the illusion of objective truth:

“There are no facts, only interpretations.”

While these statement may not seem radical now, they were in his time, and they have lead to our current philosophies. Everything is subjective, and inputing ourselves into a situation alters it, and thus removes the possibility of objectivity, just by virtue of our observation.

A warning from Nietzsche

Nietzsche left behind a very serious amount of writing, a critique of humanity and a warning for all of us:

I would like to save you from ever having to read all the Nietzsche that I did in college.

Nietzsche was as light hearted as an anvil on your foot and as funny as a terminal disease. But he did some really serious thinking so we don’t have to. Through the work of previous philosophers, we do not have to re-invent the wheel with each generation, but can instead build upon the knowledge base of the past.

What follows is a Nietzsche appetizer, with some comments when I just couldn’t help myself.

How to use these quotes

Reading Nietzsche is a threat to light-hearted sanity and an invitation to the dark side of thinking. But that isn’t to say that some exposure to him isn’t useful. Just not too much or for too long.

Someday, at a cocktail party, the beach or in an odd meeting, Nietzsche’s name may come up.

To appear well-versed in that moment, I would like to share with you a few of his lighter quotes.

Heck, if you want to be proactive, and there are more head-centered than heart-centered people around, you don’t have to wait for his name to come up. You can bring it up yourself.

You might be surprised the looks that quoting Nietzsche get you. You can gain intellectual browny points with little effort.

Nietzsche’s most famous proclamation is, “God is Dead.” That didn’t stop him from thinking and writing a lot about God. Two of his wittier quotes are:

“I would believe only in a God that knows how to Dance.”

While his God was dancing, Nietzsche was instantaneously unpopular with a lot of people and unable to get a date with a good Christian girl, especially when he said:

“In Christianity neither morality nor religion come into contact with reality at any point.”

Nietzsche of course never married. He was passionate about philosophy, which left little room for women, good looking fellows or vacations. Scholars can’t agree on whether he was a closet homosexual or plagued by syphilis that he contracted in a brothel in Leipzig.

Nigel Rodgers and Mel Thompson, two Nietzsche scholars have argued that continuous sickness and headaches hindered Nietzsche from engaging much with women. Though apparently he did make overtures to some women, including Wagner’s wife.

Either way, he wasn’t really as sexy as his broad, thick mustache and boyish, intellectual charm indicate.

He was no more a friend to love than excess thinking ever is.

But he did have a few precious things to say about love:

“Love is not consolation. It is light.”

“Dare with your friends and lovers…”

He advocated separating oneself from will and desire to reduce suffering. But he did offer us a quote that hints at a certain kind of mischief:

“There is a rollicking kindness that looks like malice.”

Nietzsche lived an empty nihilistic life, in which personal strength was the answer. Rather than laughing or working a regular job he spent his time looking into the abyss:

“And when you gaze long into an abyss the abyss also gazes into you.”

Even glancing into the abyss, the void, scares us silly. And that is how he spent his life.

He rejected objective reality, but at the same time adopted a heaviness that became his reality. While it may have been subjective at first it persisted throughout his life resulting in him becoming a heavier than life object.

While he appeared stuck in his mind he had a bit of wisdom to offer about the body:

“There is more wisdom in your body than in your deepest philosophy.”

About interactions with others he suggested the following two ideas:

“We often refuse to accept an idea merely because the tone of voice in which it has been expressed is unsympathetic to us.”

“What is great in man is that he is a bridge and not a goal.”

He spent much of his life suffering with bouts of sickness and chronic headaches.

If you want to avoid such headaches and experience wellness, then simply don’t think too much.

If we heed his warning to get out of our heads we might find ourselves lighter, livelier and having a joyful time. But we aren’t likely to have the influence he did on Western philosophy. But his influence came at a cost.

He had a complete mental breakdown at 44 and wound up being cared for by his mother and sister for the remainder of his life.

Of course it isn’t thinking alone that caused his immense suffering: it was the seriousness that he gave his thoughts and his overt criticism of just about everybody and everything.

Nietzsche, like the rest of us, suffered from way too much thinking and way too little sex.

Let’s learn from that and lighten up by exploring the lighter side of Nietzsche, if such a thing is possible.

Enough head, it is heart time
That is enough headiness for now. You know what you need to know about Nietzsche, you have done you homework. Now get back to your heart, to feeling and loving and lightening up and laughing.
Nietzsche did enough serious thinking for a bunch of us. Let us now enjoy his dancing god, daring to love and discovering ourselves as a bridge to a more joyful world exactly as it is…