Adventures in Menopause: Welcome to Perimenopause! 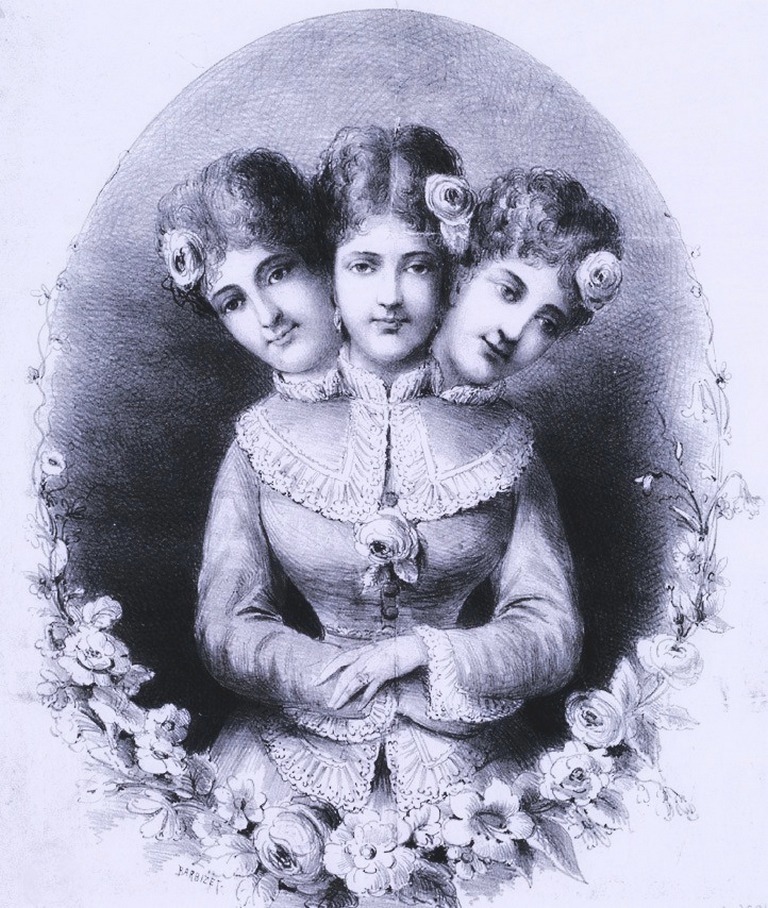 Mister Rogers and the Tasmanian She-devil.

I got my first period when I was twelve years old.

It was unexpected, as it typically is for young girls. I was sitting on the toilet in my parents’ bathroom and looked down to see a brown smear on my underwear. I went to tell my mother who was at the stove, cooking. She put down the spoon, came over to me and slapped me across the face.

Then she laughed. “Sorry I had to do that. It’s Jewish tradition. My mother did it to me. I’m supposed to smack you into womanhood.”

If only it was that easy.

Now, 34 years later, I wish someone would smack me into cronehood. What I’m dealing with now is twenty times as bad as that first, crampy, bloody weirdness I experienced at twelve. I’m alternately furious and despairing. My periods, while still regular, decide for themselves if they are going to be polite and flow along for their typical five days or be wild and unpredictable, leaving me feeling like I’m hemorrhaging—usually when I’m in public, of course, and have to rush to the nearest restroom to perform triage.

When I was 42, my gynecologist sent me home with a blue folder full of literature on perimenopause. I was aghast. I’m not going through that! Not yet! I left the blue folder in my car for a year, refusing even to open it.

It wasn’t until three years later when I was in a new and beautiful relationship with an amazing man that I realized I was indeed suffering. And how. The timing could not have been worse. I’d finally found a kind, loving, easy-going man who reflected my own peaceful personality beautifully.

By crazy I mean full-blown nutso. Anxiety, horror, desperation, and rage wrapped in an ever-tightening sheath of guilt that I know better than to behave like this—yet I cannot not pull myself out of it. Wracked with inexplicable depression, I wake up from a night of soul-reviving sex feeling so down that I want to stay in bed for a week. Maybe two.

I honestly feel that someone—anyone—else deserves the oxygen I’m breathing.

That kind of depression.

Yet for months I was still in denial about entering menopause! As someone who is very familiar with psychology (and studying to be a therapist to boot), I chalked my erratic and mainly rage-y mood swings up to the fact that I was in a healthy and loving relationship, which gave me the safe space to work through my issues. No worries! This is all healthy behavior, I reassured myself.

I was simply clearing out the cobwebs of childhood wounds, creating a new life with an amazing human being for whom I’ve spent decades of self-work preparing to meet, fall in love with, and live in evolved partnership.

Then the crying jags started.

What set me off was—well, the world. The news, to be specific. I’d watch Al Jazeera America, listening to the coverage about Syrian refugees and just lose it. Mass shootings. Undermining of women’s rights. Environmental abuse. What are we doing to each other? To our home? I saw footage of a Palestinian woman trying desperately to pry her child out of the arms of an Israeli soldier who was trying to arrest him. Her child! I have one of those. What would I do in her situation? My heart tore every time a driver cut me off in traffic. How could we human beings treat each other so poorly?

One afternoon my boyfriend and I were at the crafts store buying supplies for the art classes he teaches in New York City. Some kid who worked there pushed a chain of shopping carts into my backside in order to get me to move out of the way. My response as a psycho-spiritually evolved and compassionate woman? I high-tailed it to the ladies’ room and sobbed. He would never have done that to a pretty young woman! I’m becoming invisible! Where were my balls? Just one year ago I would never have cowered like that. I would have turned it all into high comedy and made him feel foolish (but educated) about not respecting a fellow human being.

Not in the bedroom, at least. Thank goddess my sex drive is still alive and kicking. Even with the ten pounds I’ve gained over the last eight months (thanks, hormones), I still feel attractive in part because of my partner’s loving attention. As Barbra Streisand sings in Funny Girl, his love makes me beautiful.

But, oh! The mortality! What good will I be when I’m finally infertile? My partner and I were even making the effort to have a child of our own. Every month, at the starting pistol blast of my positive ovulation predictor test, we vigilantly boink like bunnies. But every month I know my eggs are little better than dust bunnies.

I try to be light-hearted about it, pantomiming that month’s egg hobbling down my fallopian tube with a walker.

And speaking of my beloved, every time I have a hormonal episode, I wonder, How much insanity can one man take? How long before he runs screaming from the house and into the arms of a peppy, fertile young woman?

He can take a lot, as it turns out. He was married to a woman long enough to experience her transition through menopause. He knows the drill. Except, as he recalls, her menopause was uneventful. (At least in front of you.)

Not so with me, by gum! Between my fiery Sicilian temper (which I’ve kept so well-tamed all my life), my Jewish neuroses (ditto), and these violent hormone storms, I am about as stable as a blade of grass riding white water rapids. I do not recognize my aging body. I feel betrayed and angry and sad. Still, my man hugs me and soothes me and massages my feet—even as I steam and hiss and weep.

I think of us as Mister Rogers and the Tasmanian She-devil.

I’d like to say that I have the answers. I do not. When I’m in the throes of the hormonal sh*tstorm, the agitation is so fierce that even meditation does not help. However! I have begun a regimen of Bach flower essences for perimenopause that includes:

Trust me, I had no idea any of this nonsense would happen to me. I’m in a Dr. Jekyll/Ms. Hyde situation right now and I’m not a fan. But this is life. My spirit received this “meat suit” (as my wise acupuncturist and spiritual advisor likes to call our human body) to haul around for a lifetime. All meat suits have an expiration date. What’s exasperating is that women’s expiration date gets a warning bell about 40 years beforehand in the form of stark-raving lunacy, melancholy, and hot flashes (which I have yet to encounter, goddess help us all).

So, I continue to suffer, as I believe I will until I cease this whole fecundity dance. I can only hope that I do so with grace—and without entirely alienating my loved ones.

Tune into the next instalment of Adventures in Menopause: Menopause and Sex—What’s a Little Lube Between Friends?

Barbra Striesand, “His Love Makes Me Beautiful” from Funny Girl