“All Power to White People.” 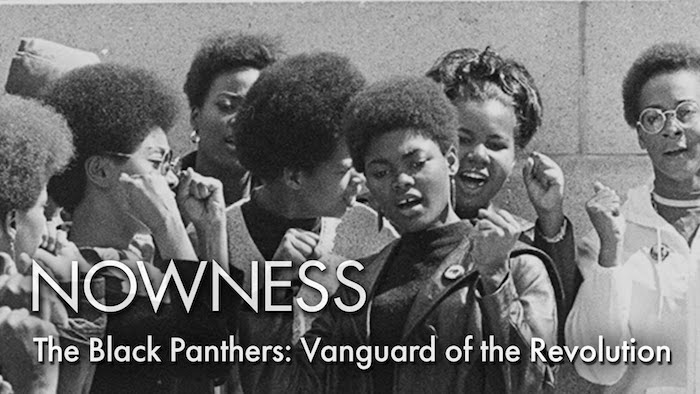 This was the message of the Black Panther Party (BPP) fifty years ago.

But the image deliberately conjured up by the FBI under the leadership of the infamous J. Edgar Hoover, and local police departments, would have the world believe the BPP was a violent hate group bent on doing harm to white people.

Nothing could have been further from the truth.

Fifty years later, some white people are still frightened by the assertion of black pride and the demand for fairness and justice. Something as innocuous as a Super Bowl Half Time performance by Beyoncé ignited vehement outrage. Dressed in pseudo Black Panther Party costumes, the performance generated calls for a boycott of the singer. And some police departments are declaring that they will not offer the customary security on her tour.

How dare she pay homage to the Panthers and the Black Lives Matter movement? How dare Beyoncé be black!

Saturday Night Live did a brilliant job of lampooning the ridiculous reaction to her performance.

On Tuesday, February 16th, PBS aired the much-acclaimed documentary, The Black Panthers: Vanguard of the Revolution.

This is an ambitious, riveting and accurate portrayal of the organization that formed my political awareness and my young adult life. I was nineteen years old in 1967 when I walked into the BPP office in Oakland, California and joined the Party. (That’s me, second from the left in the above photograph.) I urge everyone to watch it. It’s a piece of history that explains a lot.

It is ironic and sad that the very issue that led to the formation of the BPP is, fifty years later, still an open, festering, unresolved wound. The Party began as an organization trying to stem the tide of police brutality against young black men.

Huey Newton, Bobby Seale and a cadre of others, armed themselves, and began to patrol the streets of Oakland, California to monitor the police when they stopped black people. This may have been the first “open carry” movement. They would get out of their cars with their guns and observe how the police treated the black people—mostly young men—who were stopped.

The first Panther to die at the hands of the police was Little Bobby Hutton who was gunned down by the Oakland police as he came out of a house with his hands up. He was 17. The Chicago police, in a deliberate FBI orchestrated plot, shot and killed Fred Hampton, the charismatic leader of the Panthers in Chicago, at point blank range in his bed. He was 21.

And fifty years later, I have watched Michael Brown, Tamir Rice, Eric Garner, Walter Scott, and many, many other unarmed black men be killed by the police.

What started as a local movement to protest police brutality became a national people’s movement—a movement that garnered the participation and support of whites, as well as other minority groups. The Party stood for justice and fairness for all people. They even formed an alliance with a white hillbilly group in Appalachia.

Bobby Seale, Chairman of the Party famously said, after the FBI declared that the Panthers were a hate group and hated white people, “We don’t hate nobody for the color of their skin. We hate oppression.”

The Black Lives Matter movement started as a reaction to the shooting murder of unarmed Trayvon Martin and the acquittal of his killer, George Zimmerman. This movement, in the age of Twitter, began as the hash tag #blacklivesmatter, and has since grown into a national organization, with international support, much as the BPP did.

If you’re young and white and reading this—I am counting on you to pick up the mantle and work together with your peers of all races to understand, and fight for an end to racial injustice. I was heartened to read about an organization called AWARE-LA. The Alliance of White Anti-Racists Everywhere—Los Angeles is on a mission. This is from their website:

“With full recognition of the privilege we as white people have that allows us to ignore or minimize issues of race and racism, we make a conscious decision to notice, call out, and challenge institutional and cultural racism. Standing on the shoulders of those who came before us, such as white abolitionists like John Brown and the Grimke sisters and white organizers fighting segregation like Anne Braden, we approach our work with an intersectional lens and a commitment to act accountably in our relationships and alliances with people of color and people-of-color-led organizations.”

The Dhammapada says, “A wise man [sic] calmly considers what is right and what is wrong, and faces different opinions with truth, non-violence and peace. This man [sic] is guarded by truth and is a guardian of the truth.”

In the Bhagavad Gita, Krishna urges Arjuna to go to battle in the symbolic war between good and evil and right and wrong. Arjuna is discouraged and disgusted by the wrong doing of his fellow man and refuses to fight. But Krishna urges him to “Think thou also of thy duty and do not waiver. There is no greater good for a warrior than to fight in a righteous war.”

We must not waiver in the struggle for justice for all people. As I have grown older and my life has taken on a decidedly more spiritual dimension, The Panther declaration, “All Power to All People,” has the same meaning for me as We Are All One.